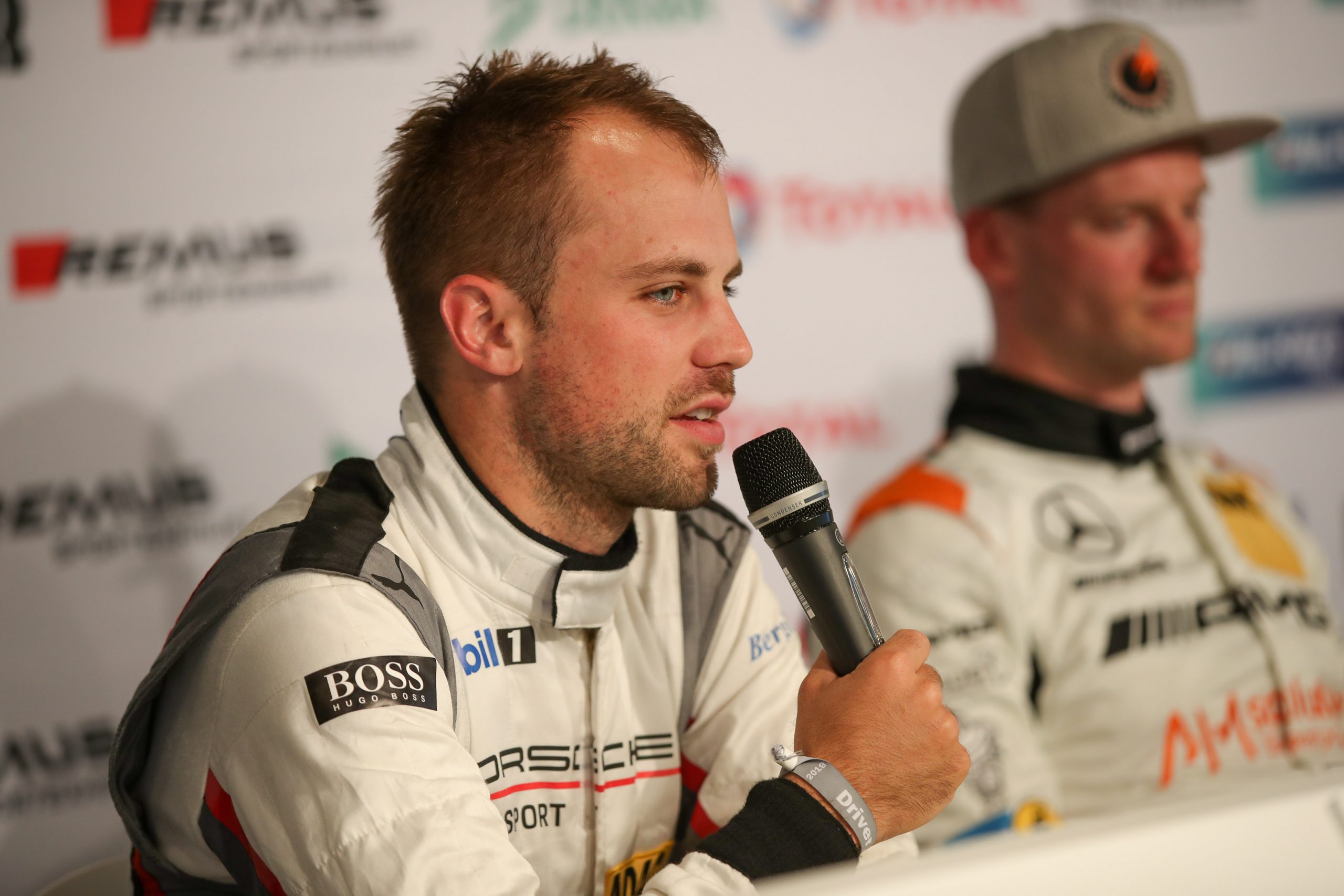 Maro Engel / #2 Mercedes AMG Team Black Falcon / Pole Position
“Contesting the Top Qualifying feels fantastic every single time. In a 24h Race your grid position isn’t quite as crucial but being among the front-runners is important, nevertheless. But the two free laps on this wonderful circuit are just awesome. I have to thank my entire Mercedes-AMG Team Black Falcon that provided me with a perfectly prepared Mercedes-AMG GT3 shod with the suiting tyres. No doubt, one or two fast laps aren’t representative for your long-run pace but we did a good job, prepared well and so I hope that we will be among the fastest, tomorrow. On the other hand, there certainly are several cars that are standing behind us on the grip and will push to the max. Therefore, the race won’t be easy. The lap itself also wasn’t easy but everything ran virtually perfectly and now I’m really happy. It goes without saying that the clear view will be helpful during the start and as long as we and Maximilian Götz don’t lock horns in the first corner.”
Maximilian Götz / #48 Mercedes-AMG Team Mann-Filter / Second grid position
[With a look to Maro Engel]: “We won’t collide with one another during the start – no matter who will drive the first stint. The pole is good and means a first row for Mercedes-AMG. But it also is a good initial position for us. We had to fight our way through the new qualifying format and did so successfully. I have to thank the team – and for the great opportunity to drive this lap. It was outstanding fun – it can’t come any better! Out there on new tyres – and with nobody ahead of or behind you. Just brilliant! Nonetheless, it’s annoying to have missed the pole by a tenth. But somebody was ahead of me in the Breidscheid area and there was grass on the track. Therefore, I possibly was slightly too careful when braking. But at the end of the day, we have to look for this circuit on the track. I think that losing a tenth on such a long lap is okay. But I have to admit that it nettles me as being a racing driver you always want to be the fastest, here.”
Laurens Vanthoor / #911 Manthey Racing / third grid position
“We all came here to win and I only can say that we at Porsche prepared for this race as well as possible. But you also have to admit that the race distance doesn’t amount to just three laps but to 24 hours. As we had to cope with a lot of rain in the VLN races, the preparation was particularly difficult when it came to the tyres. As I see it, the Nürburgring 24h Race definitely is the most difficult endurance race in the world – and that’s something I want to explicitly and once again underline, here.”