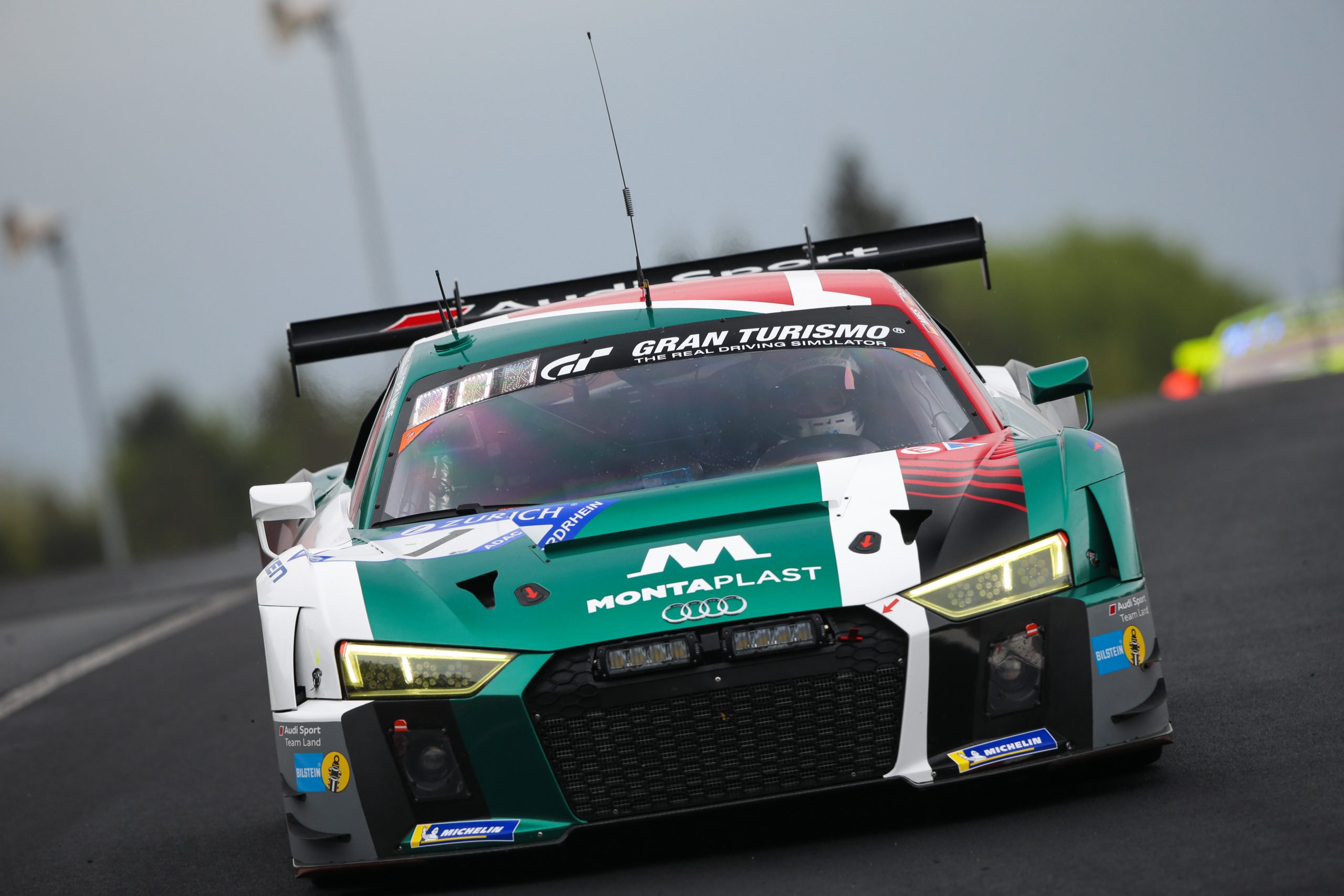 The first day of the ADAC Zurich 24h Race ended with the fastest lap time set by the Land Audi #1 in the Thursday-night qualifying session. The Audi R8 LMS that is raced by the defending champions Christopher Mies (Germany) and Kelvin van der Linde (South Africa) as well as their new team-mates, van der Linde’s younger brother Sheldon and DTM Champion René Rast (Germany), was the only vehicle that set a time below 8:19 minutes by crossing the line in 8:18,914 minutes. This means that they may hope for securing one of the still available 14 positions for the Top-30 qualifying session and one of the coveted blue lights in qualifying two (Friday, 14:55 to 16:45hrs). The time trials of the 30 fastest cars for the pole position will be held from 19:00 to 19:40hrs and represents the highlight of the Friday action.
Land-Audi benefits from a traffic-free track
“I’m rather happy. We went out early and therefore we were lucky and had a free track,” revealed Kelvin van der Linde who contested the final stint, last year, thus taking the chequered flag as race winner. Nonetheless, the team won’t rest on its laurels, stresses the South African. “After all, the lap times certainly will be improved if it doesn’t rain tomorrow afternoon,” added his team-mate Mies who set the fastest time in the Thursday-night session and revealed in the press conference on Thursday afternoon that he hoped – despite the not too promising weather forecasts – for dry conditions. “The Nordschleife in the wet is tricky and adds to the excitement. A fact that also represents a challenge for the tyre manufacturers.”
Second and third positions on the time sheets were claimed by the AutoArena-Mercedes #11 and another R8, the #24, entered by Audi Sport Team BWT. Altogether there still are 14 positions for the Top-30 Qualifying available and consequently, the action on Friday promises to be extremely thrilling. The fastest of the 16 cars already qualified was the Manthey-Porsche #912 in 10th position.