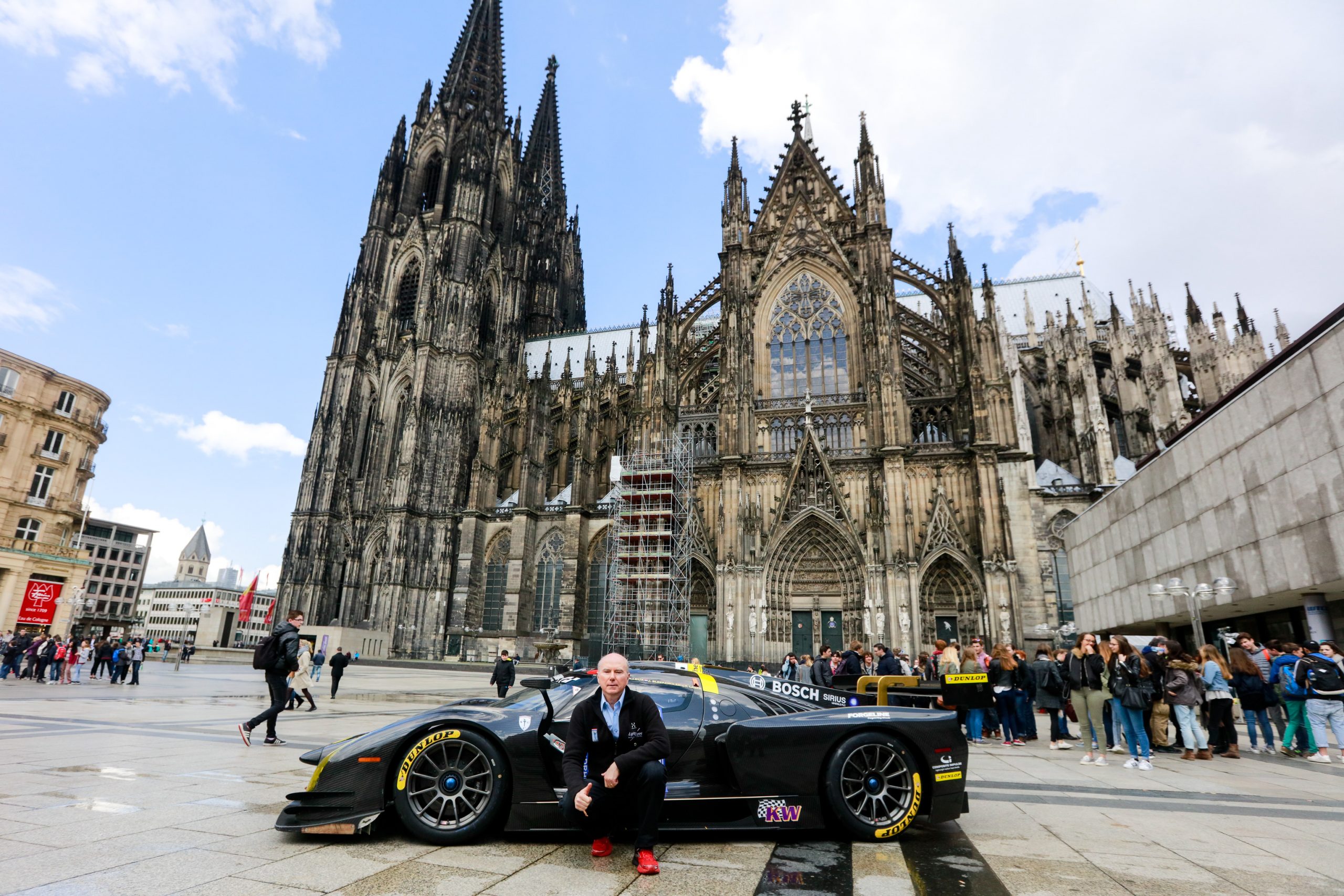 The Nordschleife and the ADAC Zurich 24h Race are birth attendants for legends: here, myths are born while drivers, team members, fans and organisers again and again fall for the magic of the legendary ‘Green Hell’. In the future, those who achieved something special at this unique motor-racing venue will be honoured with a special reward: from 2016, the ‘Glickenhaus-Trophy’ will be awarded as challenge cup year by year to the driver who proved to be the fastest of the fastest – but has to be returned to then be awarded to next year’s fastest of the fastest. That driver who set the fastest Nordschleife lap time in the respective Top-30 Qualifying for the 24h-race.
The trophy has been donated by James Glickenhaus who has fallen for the special magic of the circuit and its greatest race many years ago. With his Scuderia Cameron Glickenhaus, the American car collector is contesting the race himself in the SP-X category with three beautiful prototypes. “If you are coming to the Nürburgring and walk to the paddock, you are standing in front of a wall with names and that’s the moment when you realise that you are entering sacred ground,” he says, “It is a very special and wonderful place.” He appreciates the special regulations that allow for thrilling battles between different types of vehicle. “Here, we as a small Italo-American team have the chance of competing with manufacturers tat can look back on an incredible tradition and history. We are so lucky that the organisers created these regulations.”
Award ceremony within the framework of the Top 30 Qualifying
To honour those men who meet the challenge represented by the most difficult racetrack in the world, Glickenhaus donated the trophy on which the driver who secured the pole and his lap time will be engraved, from this year. A move that was enthusiastically welcomed by the race organisers, ADAC North Rhine. “This idea says a lot about the outstanding attractiveness of both the race and the circuit,” says Race Director Walter Hornung. “We embraced the idea with delight and are happy about this initiative.” To underline the meaning of the new trophy and stimulate the drivers for their crucial kilometres, the Glickenhaus-Trophy will be showcased prior to the Top 30 Qualifying. When Walter Hornung waves his flag so send the drivers out for their two flying laps, the trophy will be placed on a special podium at the home straight. And right after the Top 30 Qualifying, within the framework of pole-position press conference, the winner will be presented with the trophy by James Glickenhaus himself.