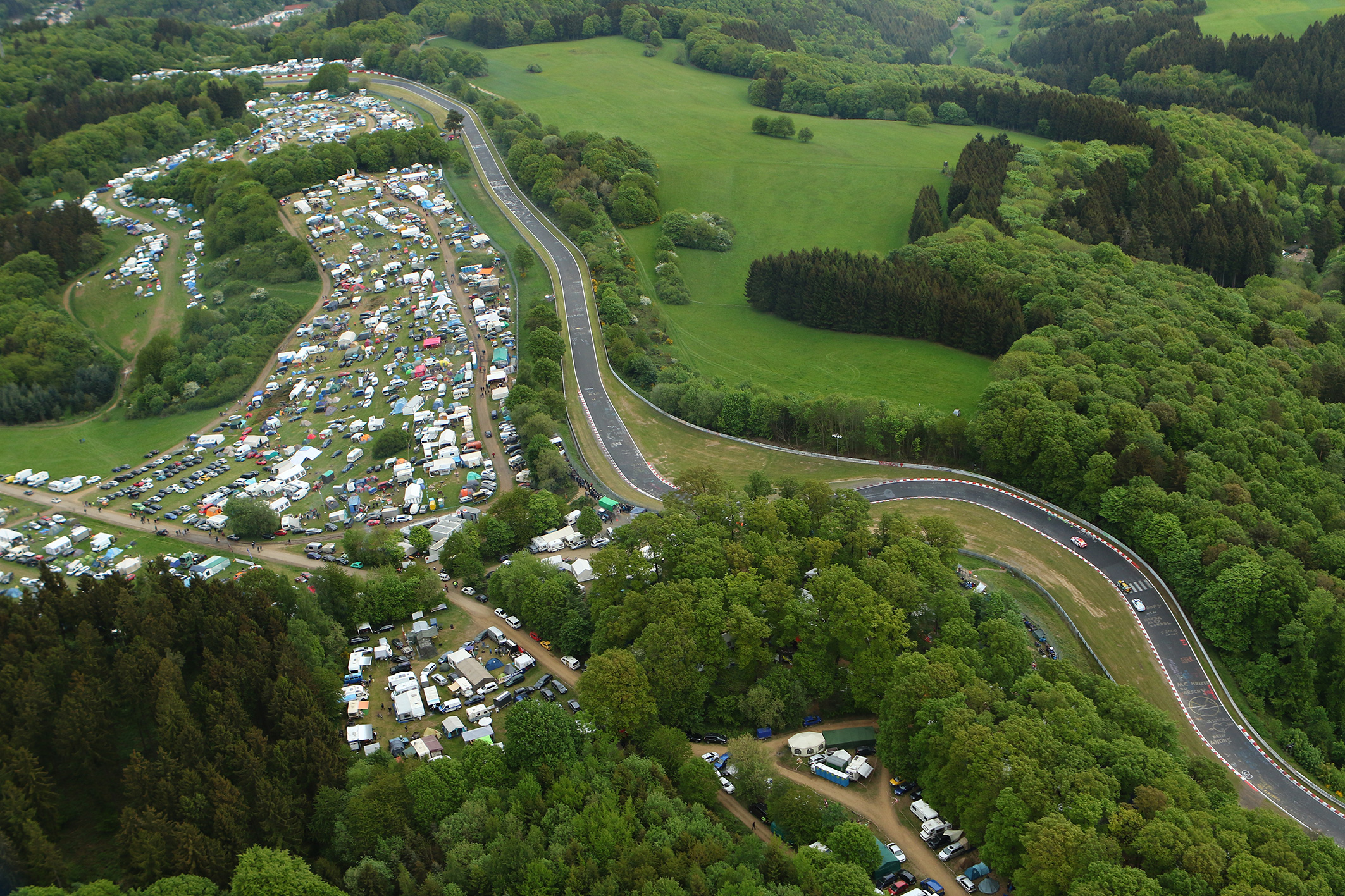 During a bad accident on a camping ground on Thursday evening, 26th May – within the scope of the 24h Race – several spectators were injured. On the camping ground at the Adenauer Forst, a party tent caught fire. The fire-fighters were alarmed at once and extinguished the fire quickly but nonetheless, six persons had to be taken to the hospital, with another three needing ambulant treatment. Two men were flown by helicopter to hospitals in Cologne and Koblenz respectively. The spectator flown to Cologne already was allowed to leave the hospital again while the other still is getting hospital treatment. From the four persons treated in the Adenau hospital, two already were let go, too. The other two are slightly injured. None of the injured passengers was in life threatening danger at any time. The families have been informed. The tent burned down completely, a light truck was slightly damaged. According to the police, the fire was caused by improper handling with fuel and an electric generator. For the rescue and fire-fighting operations, fire engines from Adenau and the Nürburgring, five ambulances, two emergency doctors and two rescue helicopters were in action and made sure that the persons involved were attended to right away.