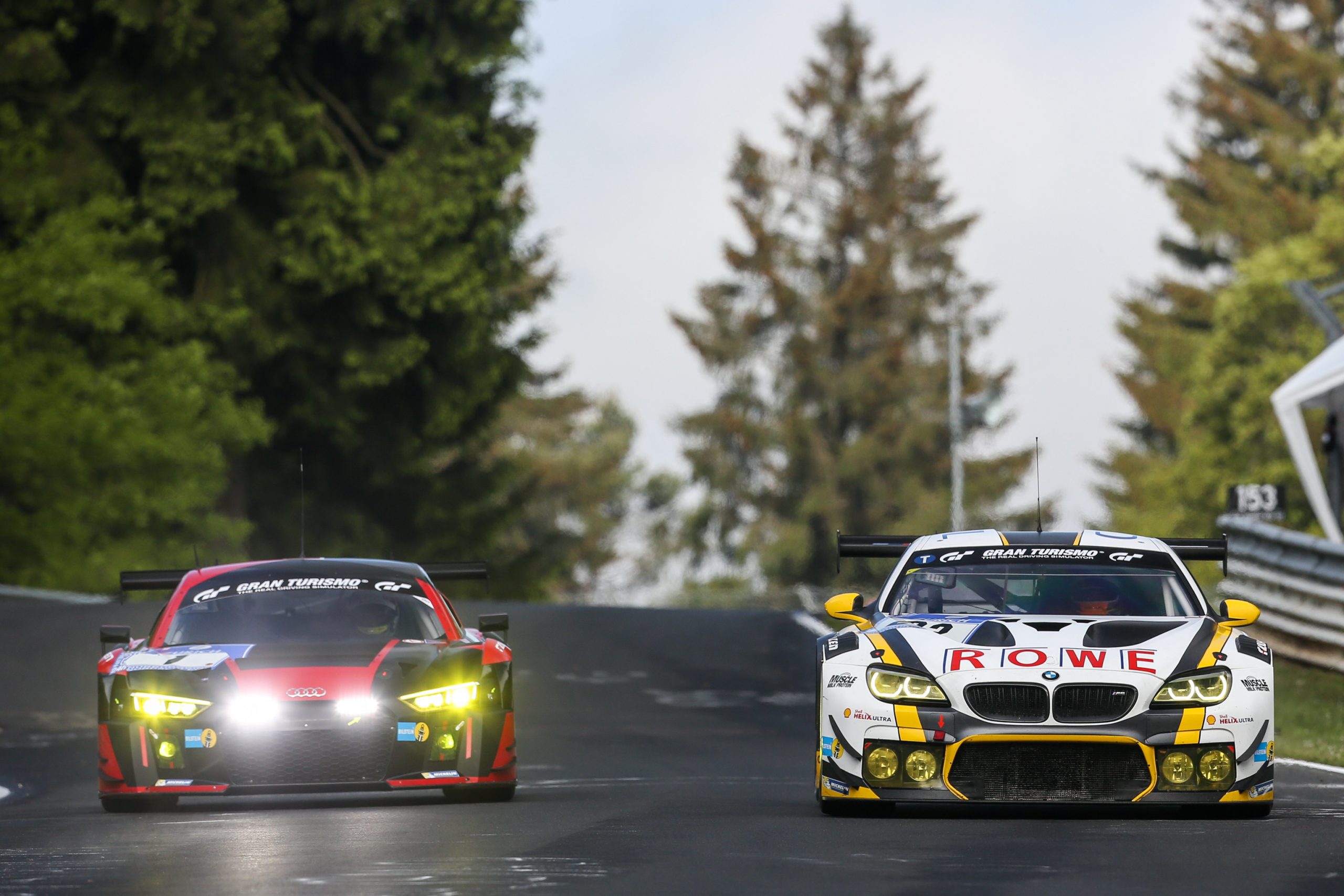 In the second qualifying session for the ADAC Zurich 24h Race, the fastest Nordschleife teams provided the crowds thrilling motor racing. In the end, the Haribo Racing Team-AMG secured the top position on the time sheets: the Mercedes AMG GT3 #88 raced by the German quartet Uwe Alzen, Lance David Arnold, Maximilian Götz and Jan Seyffarth outqualified the entire field, with its 8:16.311-minute lap. And another two Mercedes-Benz vehicles followed in second and third position: the Mercedes-AMG GT3 #29 of AMG-Teams HTP-Motorsport raced by the three Germans Christian Vietoris, Marco Seefried and Christian Hohenadel as well as Dutchman Renger van der Zande was just 0.180 seconds slower than the provisional pole sitters, with #14 (Black Falcon) coming third. And now, with the combined results of Q1 and Q2, we also know which teams have made it to the Top 30 Qualifying that will be held tonight from 19:50hrs in the individual time trial format. 13 positions for the battle for the positions on the first 15 rows still were available. And this final battle can be followed not only by the crowds on site alone: all the Nordschleife action is streamed live by the Vodafone live stream at www.24h-rennen.de. And on free-to-air TV, RTL NITRO will begin its 24h-Race coverage at 19:30hrs.
In the second qualifying session, held on Friday morning, the times dropped quickly. While the major part of the second qualifying session was contested in the wet, the teams had the chance of going for it in dry conditions, in Q2. So, the times set by the cars were improved again and again and in the second hour alone, the provisional pole was stolen eight times. In the end, DTM ace Maximilian Götz took the Mercedes-AMG GT3 with the Haribo bear on the bonnet to provisional pole position. “I had a rather free lap with nearly no traffic,” he beamed afterwards, “And there also weren’t any yellow-flag periods. So I have to admit that I also had a dose of luck. There car isn’t quite where Id want it to be. But it handles and drives well. Let’s see what happens in the Top 30 Qualifying. I expect the Audi and Porsche teams to up the ante.“ For nearly all the top teams, securing the coveted positions for the individual time trial for the best positions ob the grid represented the No1 priority.