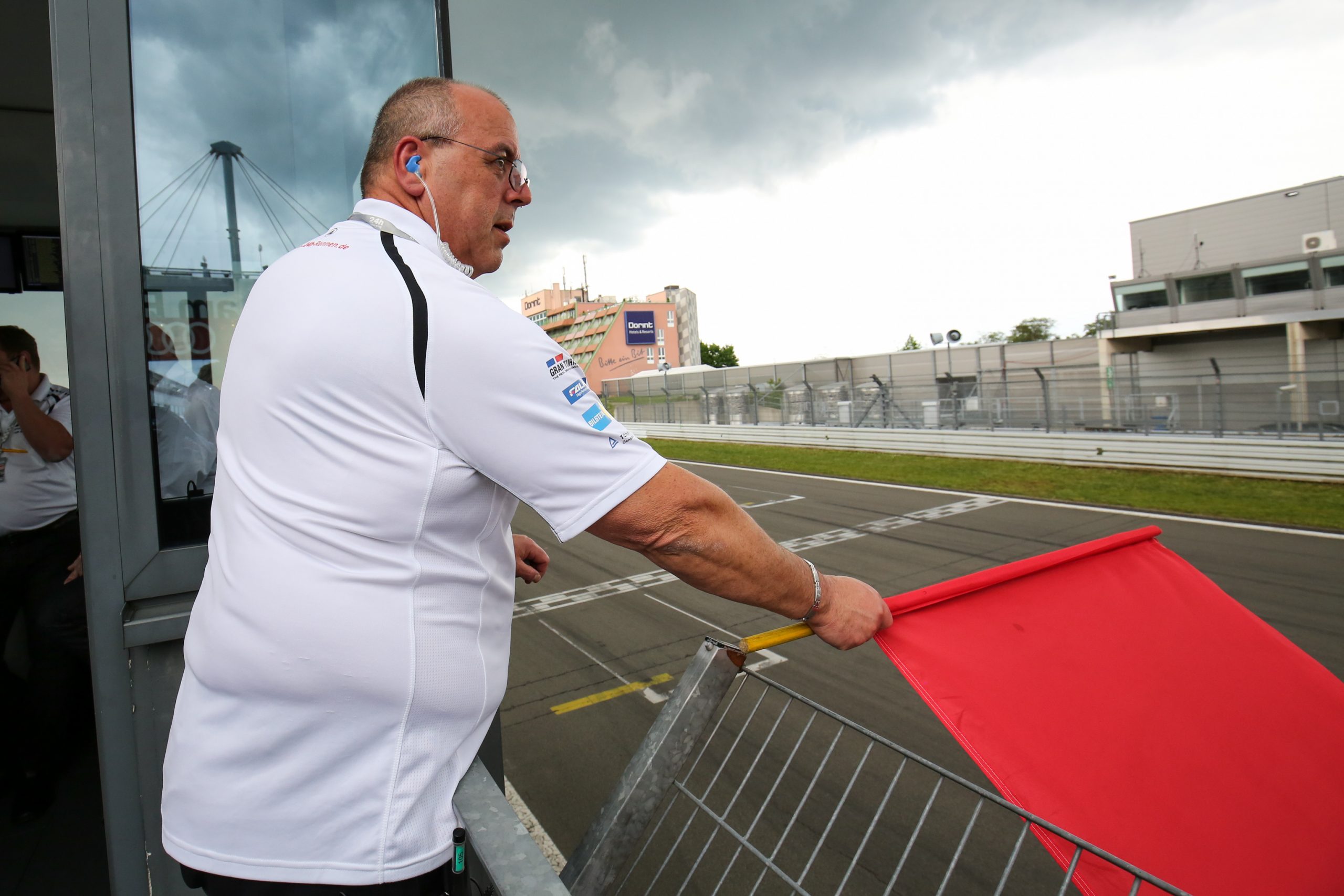 The red flag came at 16:20hrs: Some 50 minutes after the start into the 44th ADAC Zurich 24h Race the race control had to red flag the event. Torrential rain and massive hail turned parts of the circuits within minutes into a slide. Following the start in dry and sunny conditions, a big number of the cars shod with slicks skidded helplessly of the track. At certain places, the drivers had to cope with a real traffic jam as driving on the glassy track proved to be absolutely impossible. Therefore, the race control felt impelled to temporarily red flag the 44th edition as getting all the cars back to the pits otherwise would have been impossible. The race control currently is discussing the possible point in time for the restart – that definitely won’t take place before 18:00hrs. Despite numerous incidents, not a single driver was injured. The 24h-Race action can be followed throughout the event at RTL NITRO as the Cologne based station covers the entire race live. Meanwhile, the event’s official website. www.24h-rennen.de, provides video live stream, live ticker, the race callers’ comments and live timing.
“That’s how the Eifel is, sometimes,” said Race Director Walter Hornung after having red flagged the race. “To continue the race in these conditions was absolutely unthinkable. At first we will have to clear the track and get an exact overview of the consequences of this thunderstorm. First of all it’s important that nobody was injured. Now we have to tidy up, offer the teams to the possibility to repair their damaged cars – and then we have to return onto the starting grid. The restart won’t take place before 18:00hrs – and we will communicate the time for the re-start in time.” Meanwhile, the 24h-Race time is ticking on. The race will end as scheduled tomorrow at 15:30hrs.
Pole sitter held the lead when the race was red-flagged
Prior to the red flag, Mercedes-AMG and BMW had been the leaders. Maro Engel (Germany) won the start for AMG-Team Black Falcon in the Mercedes-AMG GT3 #9, with the Schubert Motorsport BMW M6 GT3 #18 that had been second on the grid following close behind. The two leading cars raced at high speed and lap by lap, they opened a bigger gap on the rest of the field. The fastest of the pursuers was DTM driver Maximilian Götz in the dark black Mercedes-AMG GT3 of the Haribo Racing Teams – AMG – but with three laps completed, he already was 10 seconds behind. But when the race was red-flagged at the end of lap five, Götz and fellow Mercedes-Benz driver Christian Hohenadel (#29 / AMG-Team HTP-Motorsport) also had opened a gap on the next group of GT3 cars. Fifth and sixth positions were held by Klaus Graf (#22, ROWE Racing) and Frank Stippler (#5, Phoenix Racing).