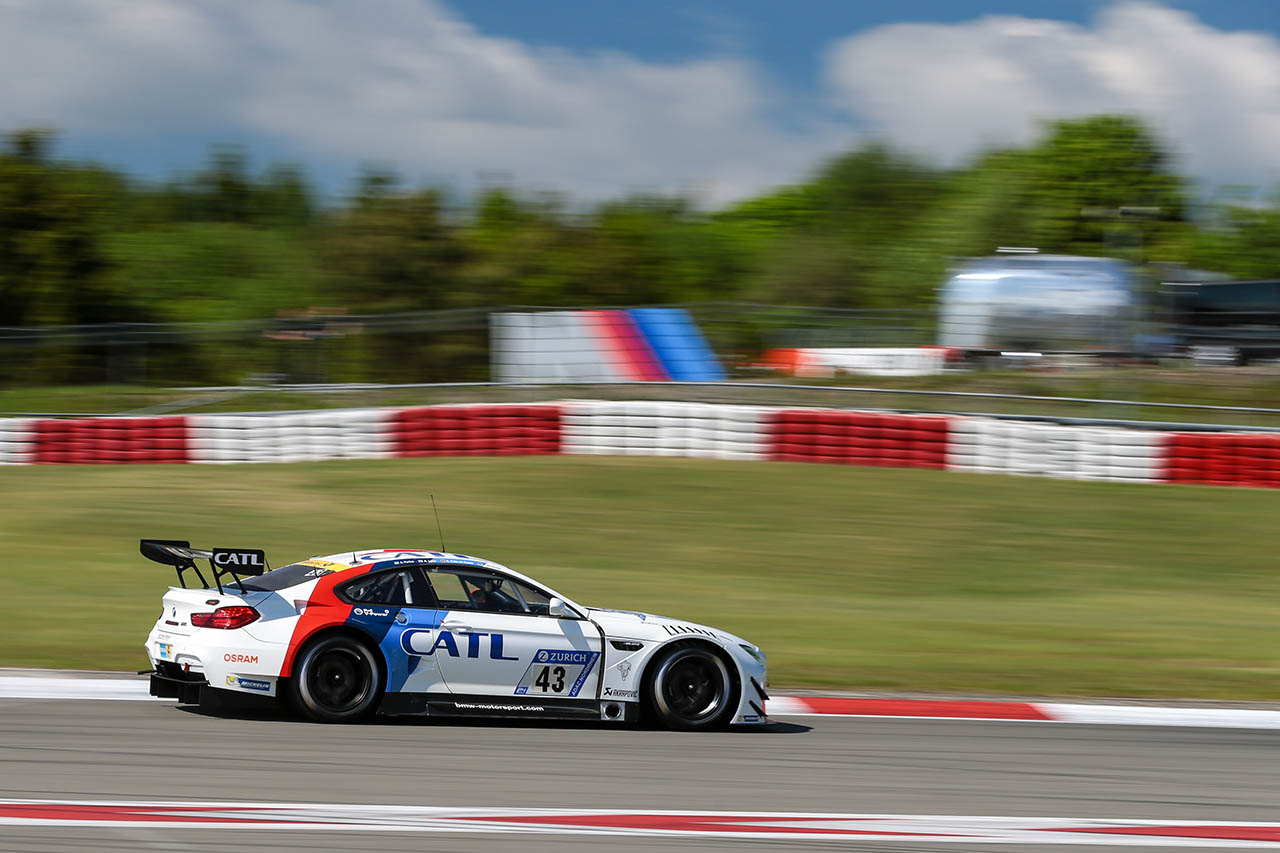 On Thursday evening, BMW Team Schnitzer set the fastest lap time in the first qualifying session for the 45th ADAC Zurich 24h Race. With his BMW M6 GT3 #43 and with just few more minutes to go, Augusto Farfus, in 2010 the first Brazilian to have won the 24h Race, crossed the line in 8:22.307 minutes, thus being a 10th of a second faster than the previous fastest lap time set by his team-mate Antonio Felix da Costa (Portugal). The quartet of 24h-Race record winners Schnitzer that also comprises Timo Scheider (Germany) und Alex Lynn (UK), was nearly a second faster than the Abt Bentley #38 with line-up war Christer Jöns (Germany), Christian Mamerow (Germany), Jordan Lee Pepper (South Africa) and Christopher Brück (Germany) who needed 8:23,255 minutes for their lap.
“Today’s times don’t really mean a lot,” said Farfus. “We now are the fastest with #43 and #42 also is among the fastest. This is okay for today but tomorrow we have to make sure that we will make it to the Top 30 Qualifying what will allow us to battle it out for the pole position.”
With their results, the two fastest cars set course to the Top 30 Qualifying. To date – after the first two VLN rounds and the 24h qualifying race – 18 of the coveted positions for the time-trial battle for the pole and the best grid positions already have been assigned. And one of these cars is the Schnitzer BMW #42 that finished third, tonight and will be raced by reigning DTM Champion Marco Wittmann (Germany), Tom Blomqvist (UK), Martin Tomczyk (Germany) and Augusto Farfus who will drive both Schnitzer coupes. In addition to the right to contest the Top 30 Qualifying, the 30 fastest cars also will be provided a blue light – mounted for the race behind the windscreen – that will help the slower cars detecting them in their rearview mirrors.
On Friday morning, from 09:30 to 11:30 CEST (08:30 to 10:30 BST), the teams will contest the second qualifying session and afterwards, the times set in the two qualifying sessions will be used to determine the order that is needed to assign the positions still available for the Top 30 Qualifying. The starting positions for the Top 30 Qualifying traditionally will be publicly drawn on Friday from 15:00 to 15:40hrs CEST in the ring°boulevard. And then, at 19:50hrs, the 30 fastest cars begin the chase for the pole. The fans can watch the action live on the Free-to-Air TV station RTL NITRO or – with numerous additional onboard cameras – via the live stream at www.24h-rennen.de.