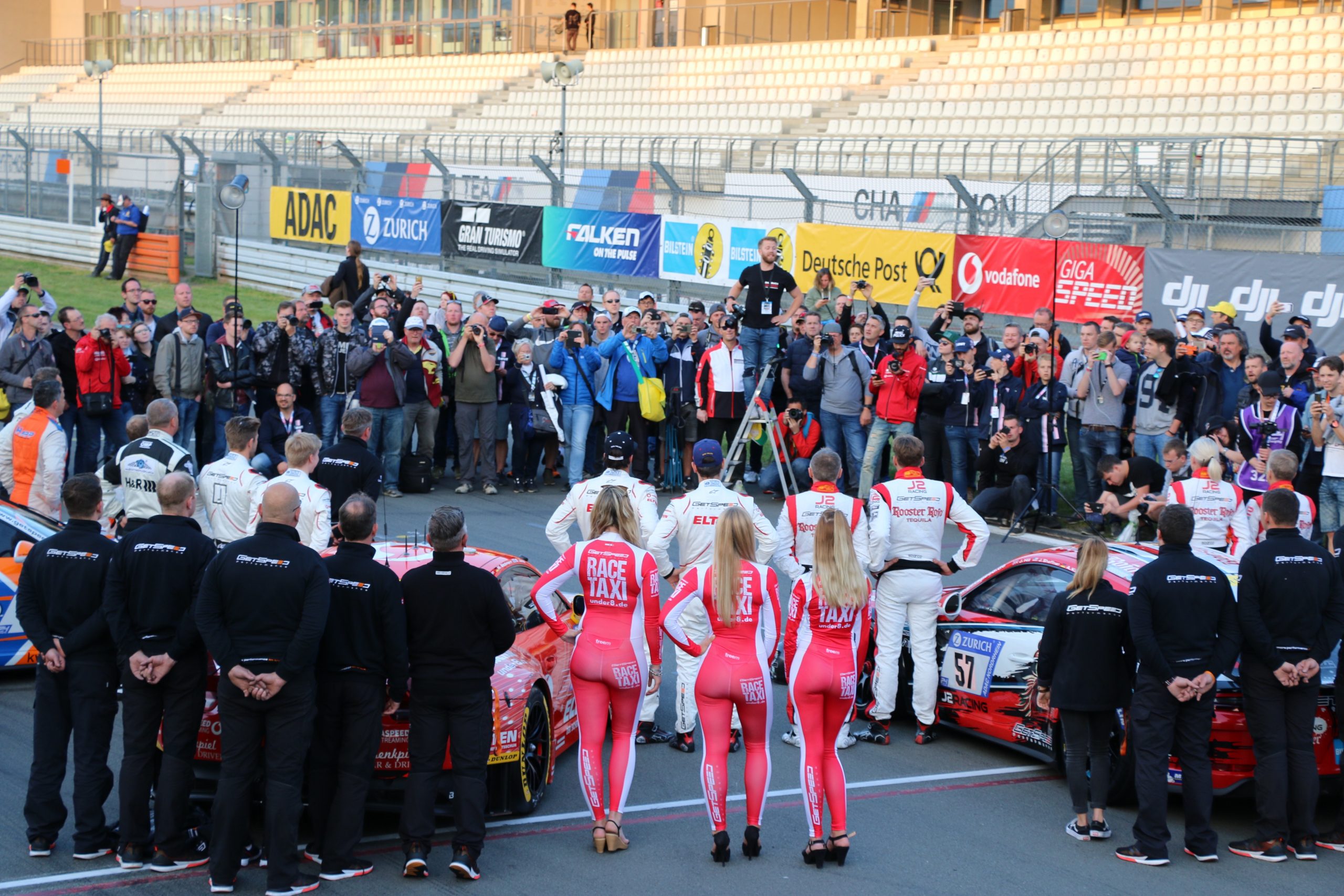 The programme of the biggest race in the world does not only provide the fans with a huge dose of motor racing but also quite a lot of highlights aloof from the track. The multifaceted programme ranges from the Falken Drift Show on Friday evening at the Müllenbachschleife through the Red Bull FMX-Show that will be held there right afterwards – to the Stihl Timbersports Show contest in the historic paddock – also on Friday evening. There, the Falken drift team also wows the crowds several times a day in the Fan arena with a big stand.
“In the Falken Drift Show held on Friday evening at the Müllenbachschleife we entertain the crowds with about 20 cars and for nearly an hour with a spectacular drift show in the Dunlop Kehre. We thrill the fans on the grandstand with every conceivable kind of spectacular drifts: individual drifts, drifts with several cars in a row – or parallel drifts. But all this is just show, no competition,” says Dutchman Rohan van Riel who takes a Falken-BMW M5 to its very limits. “And we perform the same show – with four cars – from Thursday to Sunday and several times a day in the Fan Arena in the historic paddock.”
Right after the Falken Drift Show, the Red BULL FMX Show also will be held at the Müllenbachschleife. “Three FMX drivers, one of them Luc Ackermann, the reigning European Freestyle Motocross Champion, show a 15-minute freestyle programme with their motocross bikes, featuring stunning flights over two big ramps. On Saturday this programmed will be showed a second time, right before the start of the 24h race on the home straight, in front of the Mercedes stand,” says Chris Baur, the Red Bull Motorsport-Manager Germany.
Furthermore, the Timbersports sport lumberjacks will make for a lot of chopped wood in the historic paddock. “On Friday evening we hold a show contest in the Fan Arena, with the six fastest sports timberjacks battling it out with one another in six different disciplines. Furthermore, we present the fastest power saw of the world in action. It’s powered by a 290cc kart engine,” reveals Thorsten Schledorn, the Stihl Timbersports Series presenter.