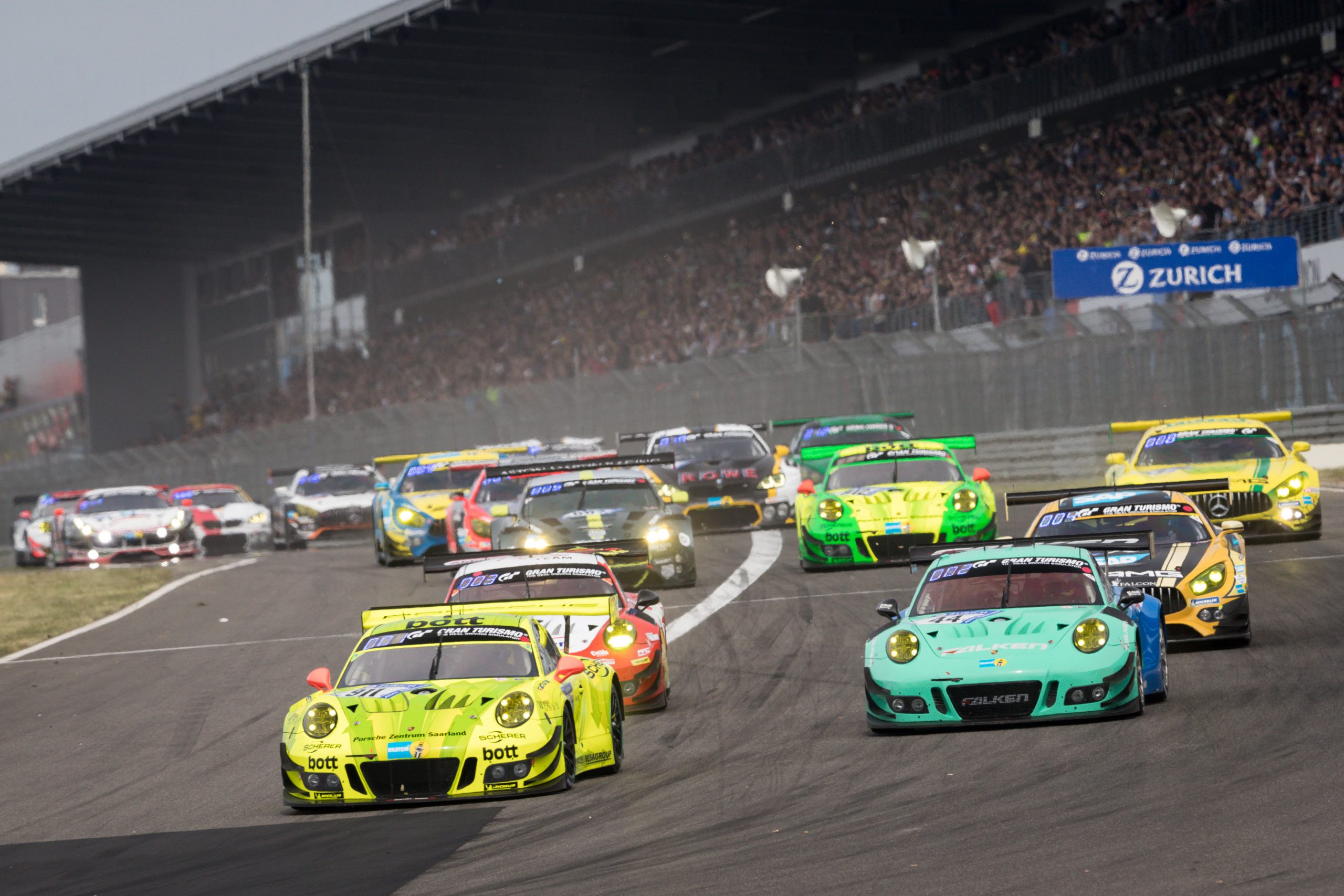 The 46th ADAC Zurich 24h Race was kicked off in brilliant sunshine by a great Kevin Estre show. The Frenchman in the Manthey-Porsche #911 did not only take the lead from the pole position but also delivered to the max right away. He did not only improve the official lap record set by Augusto Farfus as early as on lap one by crossing the line in 8:18.473 minutes but also opened a 4.7-second gap on fellow Porsche driver Dirk Werner in the Falken-Porsche #44 ab. At the end of the following lap he had extended his lead to 10 seconds and on lap three he improved the lap record once again (8:17.960 minutes).
Short moment of shock in turn two
All this after a short moment of shock. Estre had to survive a short moment of shock in turn two when the three leading Porsches touched one another slightly in the Mercedes Arena – and consequently, Marco Seefried in the Frikadelli Porsche #31 lost his third position to Maro Engel in the Black-Falcon Mercedes #4. In the opening stages of the race, Maxime Martin in the Aston Martin #007 und Martin Tomczyk in the Rowe-BMW #99 were the only drivers in the top 10 who didn’t race cars made by Porsche or Mercedes-AMG.
While Estre pitted after seven laps for the first time from a 10-second lead, the Manthey sister car #912 already was more than three minutes behind. First-stint driver Patrick Pilet had to return to the pits from the GP circuit due to a puncture, thus losing a lot of time. Meanwhile, Kevin Warum in the Porsche #80 had the first bad crash of the race: Hubert Haupt in the Black-Falcon Mercedes ‘#6 touched the Porsche while lapping it and pushed it heavily into the crash barriers. The following repair works made for the first Code-60 phase in the still short race. You can watch the race live at RTL Nitro or via the live stream at www.24h-rennen.de.