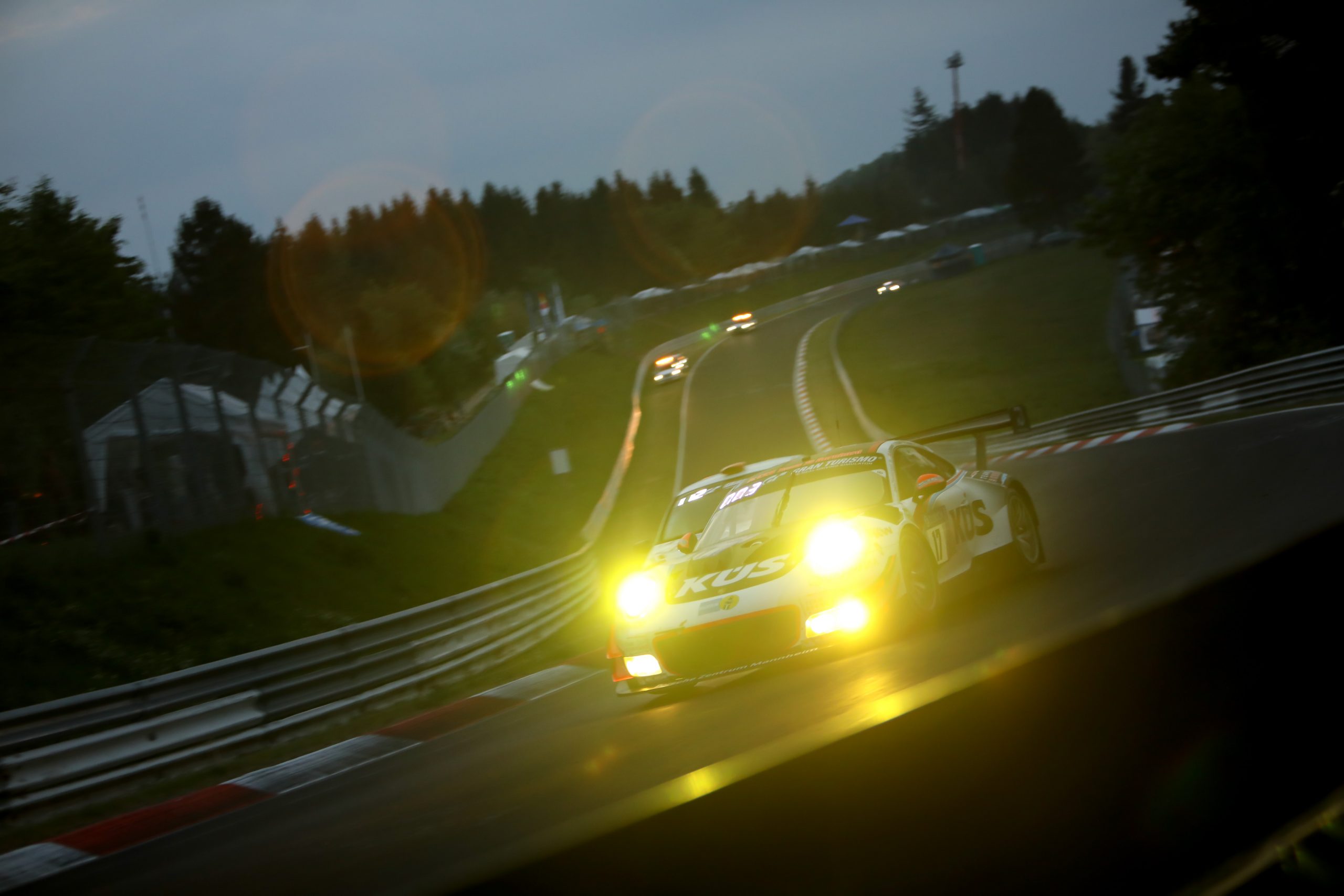 The ADAC Zurich 24h starting grid traditionally resembles a Who is Who of the motor-racing world. Current DTM aces vs. stars from the past. Le Mans winners, World Champions and Ex-F1 aces make for an international air. And in addition to all these top-class motor racers the field also features fast celebrities, such as Smudo, rapper of ‘Die Fantastischen Vier’ or Carlos Tavares, the Chairman of the PSA Group and consequently also Opel boss these days. Please find below some of the top stars and celebrities on the ADAC Zurich 24h Race grid.
Earl Bamber (#911)
The Porsche works driver from New Zealand won the 2015 24h Race with Nico Hülkenberg and Nick Tandy to add a second Le Mans win and his first WEC title to his tally.
Romain Dumas (#911)
Porsche’s jack of all trades. He contests everything from Le Mans through the Dakar to Pikes Peak – and wins more often than not. The Frenchman is two-time Le Mans winner, World Endurance Champion and four-time 24h-Race winner.
Connor De Phillippi (#99)
Last year’s winner switched to another brand. The US-American tries to repeat the success he celebrated last year with Land Audi as BMW works driver in a Rowe BMW.
Maro Engel (#4)
The Ex-DTM driver currently mainly races in Formula E. In 2015 he won the 24h Race, in 2014 and 2015 the FIA GT World Cup in Macau.
Augusto Farfus (#102)
BMW’s DTM driver is a regular on the 24h-Race grid. In 2010 he was the first Brazilian to win the prestigious race and he always is among the fastest at the Nordschleife.
Marcel Fässler (#25)
The Swiss is three-time Le Mans winner and was the World Endurance Champion in 2012 – but still is waiting for his first triumph in the Eifel.
Daniel Juncadella (#47)
After a one-year break the fast Spaniard is back in DTM, this year.
Nicola Larini (#831)
49 F1 races, but to the German motor-racing enthusiasts the 54-year old Italian mainly is known due to his successful days with Ala Romeo in DTM where he won the 1993 title.
Andre Lotterer (#17)
Former F1 test driver (one GP) but first of all three-time Le Mans winner and 2012 World Endurance Champion.
Lucas Luhr (#2)
Successes in the ALMS, in the 24h Races at Daytona, Spa and twice at the Nürburgring. Furthermore he was the 2011 FIA GT Champion.
Edoardo Mortara (#47)
The Italian born in Geneva currently races for Mercedes in DTM but also is really quick in GT cars. Multi-time winner in Macau.
Jörg Müller (#100)
The only driver who won in Macau both with a F3 single-seater and a touring car. 1996 Formula 3000 European Champion and Formula One test driver for several years. Two-time winner at the Nürburgring.
Rene Rast (#1 und #8)
It took Rast a long time to make it to DTM – but then, in 2017, he won the title in his debut season.
Mike Rockenfeller (#24)
Has been racing for Audi in DTM since 2007. Won the title in 2013. 2006 winner in the Nürburgring 24h Race, 2010 in Le Mans.
Bernd Schneider (#190)
DTM Record Champion (five titles). 1997 GT World Champion and has got 24h-race wins at the Nürburgring, Spa and in Dubai under his belt.
Smudo (#320)
The successful musician (Die Fantastischen Vier) is an enthusiastic hobby racing driver who opts for a sustainable and eco-friendly approach.
Volker Strycek (#120 und #202)
With 40 starts, the first DTM Champion (back in 1984) and long-term Opel Motorsport Director is the 24h Race record entrant. In 2003, he finished the race as winner. In his 41st 24h Race, Strycek once again will drive two cars: the iconic Manta and a KTM X-Bow.
Carlos Tavares (#119)
As Chairman of the PSA Group, the Portuguese is one of the most influential managers in the automotive world – but also a fast racing driver.
Martin Tomczyk (#99)
179 DTM races, seven race wins and the title in 2011. Today, the German represents the BMW colours in GT racing.
Markus Winkelhock (#24)
The son of Manfred and nephew of ‘Smoking Joe’ Winkelhock contested 49 DTM races and one F1 Grand Prix – here at the Nürburgring. Nonetheless, Winkelhock celebrated his biggest successes in GT racing – inter alia with the GT1 World Championship title in 2012 and three 24h-Race triumphs.