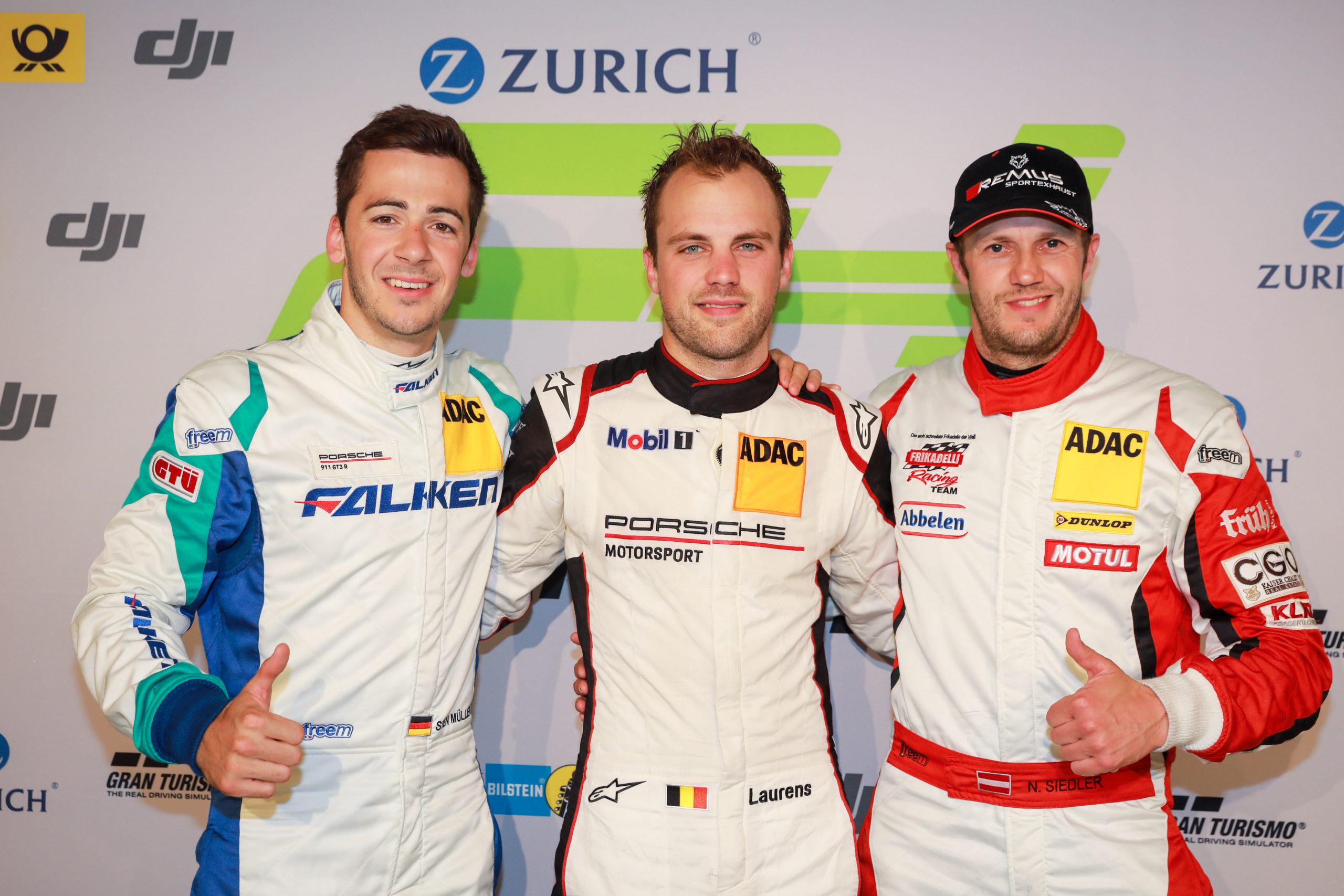 Laurens Vanthoor / Manthey Racing Porsche 911 GT3 R #911:
“First of all: The Nordschleife is the most amazing and greatest racetrack in the world. There isn’t anything like it on the planet. And take a look at this Top-30 Qualifying… You drive like a madman and now we are on pole. This lap was the most fantastic thing I have ever done!!!
I made a small mistake on lap one but in the second I got my act together and did a virtually perfect lap. In the run-up to the race we could work with Porsche as we wanted to and that’s paying off, now. We already demonstrated in the VLN rounds one and two what we are able to do and if you had been able to check my pulse during the lap you would know that I was at the limit.”
Sven Müller / Falken Motorsports Porsche 911 GT3 R #44:
“This was the absolute most amazing lap in my life,” said Porsche works driver Sven Müller after his lap in the Top-30 Qualifying for the 24h Race at the Nürburgring. The 26-year old was just 0.417 second slower than pole-sitter Vanthoor, on his lap at the 25.378km combination of the legendary Nordschleife and the GP circuit. In the afternoon, Müller had drawn the 1 in the starting-grid raffle and so, he was the first who could go out, in the 30-minute session.
“I was mega fast. I gave my very best, this was the absolute maximum,” he said proud and happy. “I used the warm-up lap top get my tyres to working temperature to be well prepared for the flying lap,” Müller revealed after the session. “I pushed like never before and it felt as if I breathed just twice, during the course of the lap. On the second lap I had nothing more to give. I was really happy when it was over.”
“Our car is good, we can be proud of it,” Müller optimistically added regarding the race and added: “Rain just is a part of the 24h Race. It just has to to make it special. Remarkable: the three Porsches on the first three positions on the grid are supplied by different tyre manufacturer. The manufacturers all are working well and highly focused. Everybody is taking their cars to the limit but in the wet, finding the limit at the Nordschleife is difficult.”
Norbert Siedler / Frikadelli Porsche 911 GT3R #31
“It wasn’t planned to come in after just one lap,” said Norbert Siedler. “we actually had planned to do two laps but the car oversteered and we realised that improving the time wouldn’t be possible.
“The fans are really great, we were out there on Wednesday evening to see what the people are doing. It’s really special and nice that we have got so many fans.
“Our opponents all are really strong. The first 15 or 16 cars are so close together – that’s really extreme. In the practice session everybody backs off slightly but tomorrow it will get serious.”