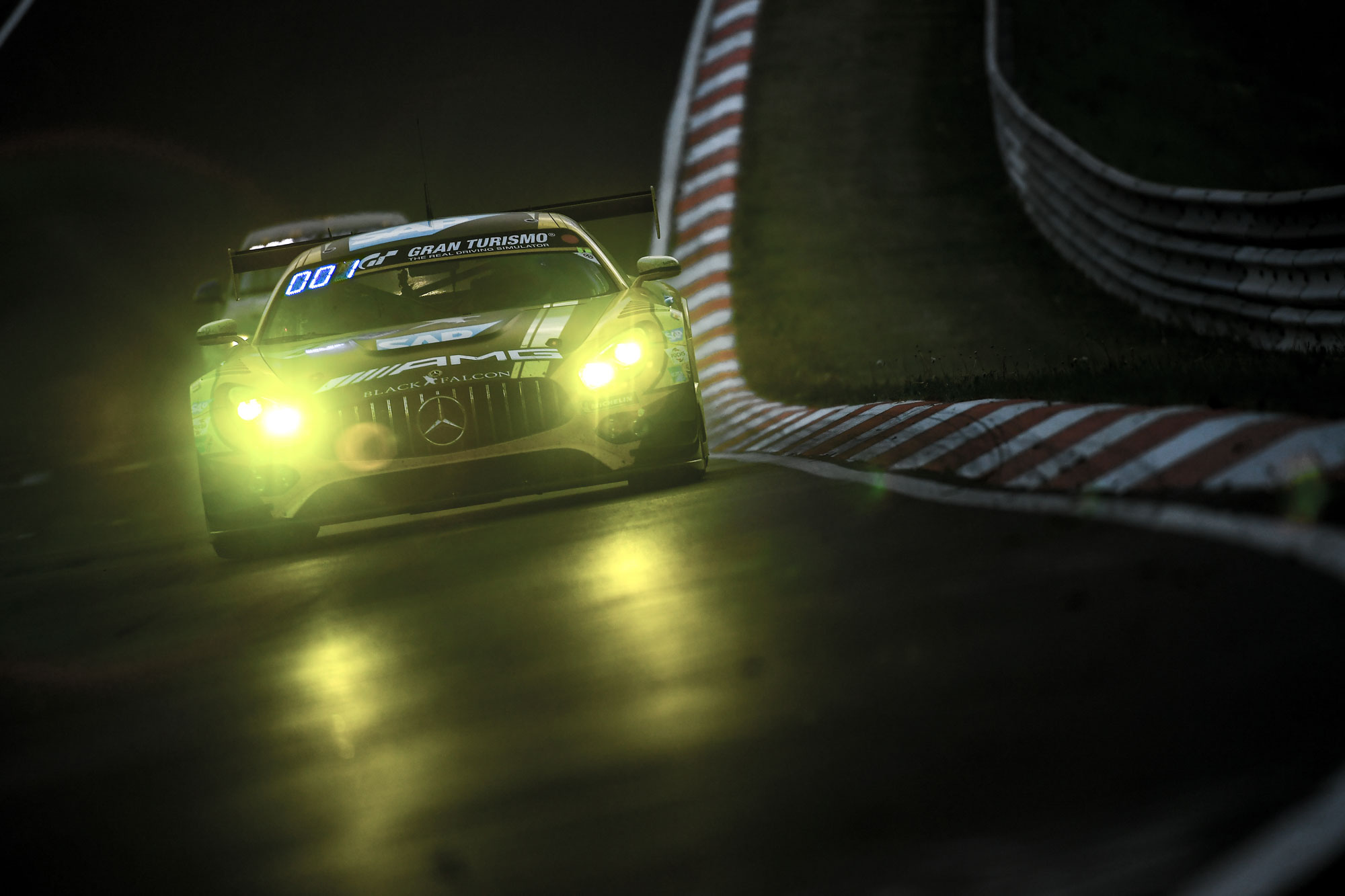 In both the 24h Qualifying Race and the 24h Race, a large-scale LED display behind the windscreen of the competing cars provides the visitors with important information. Compared to last year, the system was refined once again, for 2019. As the time-keeping data also will record the driver currently driving the respective car, the display also will show an acronym of his name.
On the displays of the majority of the cars, the name of the current drivers will slowly alternate with the current position in the race. In the car of the race leader, the display will flash in addition and in cars that have not yet completed a timed lap, the name will alternate with place holders ??? („_ _“). This will be – for instance – the case if a car doesn’t complete a lap on the entire circuit but opts for using the short layout. In the pits or in standby, the display shows the number and the acronym ‘24H’. In the case of the Manthey Porsche #911 driven by Richard Lietz, the LEDs consequently would display:

For the spectators on site, the new detail makes the Nordschleife action even more transparent. 24h Race Director Walter Hornung is convinced: “The LED displays are great for all the fans on site. In the Eifel woods, informing the crowds via video walls is far more difficult than at other circuits. Therefore, the position displays are extremely important for keeping track of the race action. And even more so as the 24h-Race field will comprise more than 150 cars.”