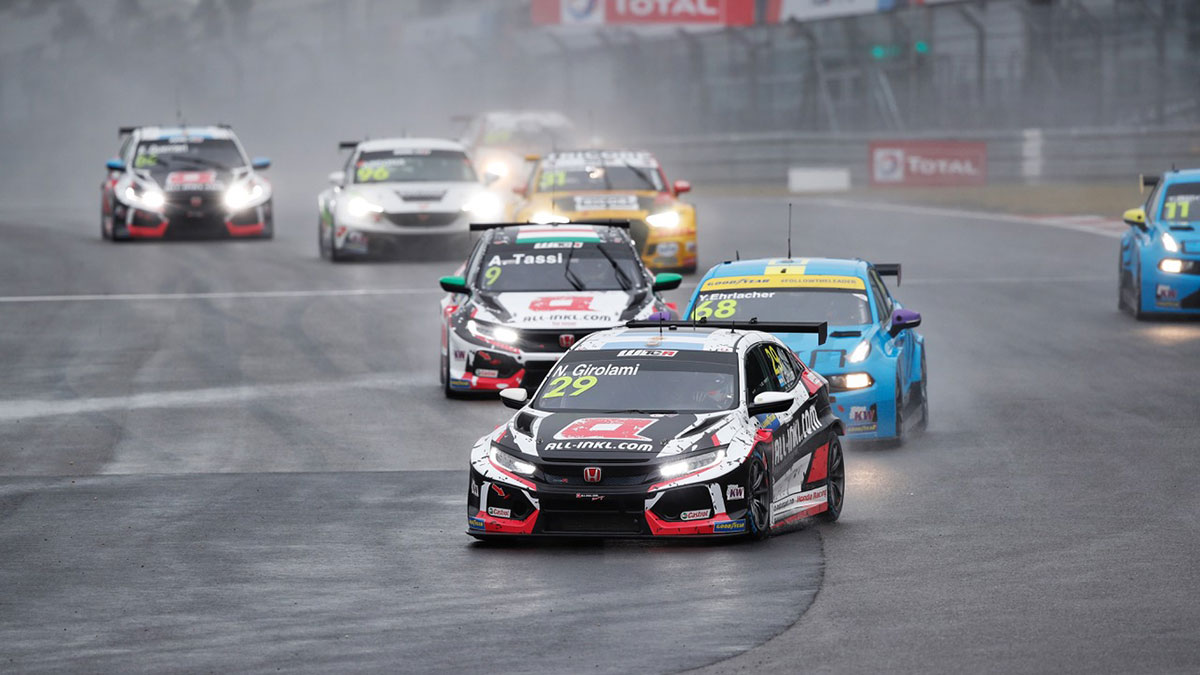 By winning the second round of the FIA WTCR Cup weekend at the Nürburgring, Frenchman Yann Erlacher extended his lead in the championship. On the first of the three laps of the race contested at the combination of the Nürburgring GP circuit and Nordschleife he and his Lynk & Co passed Nestor Girolami’s Honda Civic, entered by the German Team All-inkl.com-Team Münnich Motorsport, at the Döttinger Höhe to afterwards control the race and win it in dominant style. For Argentinean Girolami, prior to the race the toughest championship rival of the Frenchman, things got even worse. He received a 30-second time penalty for a rule infringement prior to the start and consequently had to make do with 11th place. Erlacher’s fellow Lynk & Co driver Thed Björk finished second, followed by Girolami’s team mate Attila Tassi.

In the first FIA WTCR Cup round on Friday, Argentinean Esteban Guerrieri secured a home win for the German All-inkl.com-Team Münnich Motorsport. With a courageous overtaking manoeuvre in the Amberg-Kurve, the Honda driver passed Frenchman Yvan Muller (Lynk & Co) to afterwards clinch the win in great style. “It was risky but in the fight against an experienced driver, such as Muller, you can dare such a move,” said Guerrieri who came fifth in the second round. While Muller was followed by his two Lynk & Co team mates Ehrlacher and Björk.