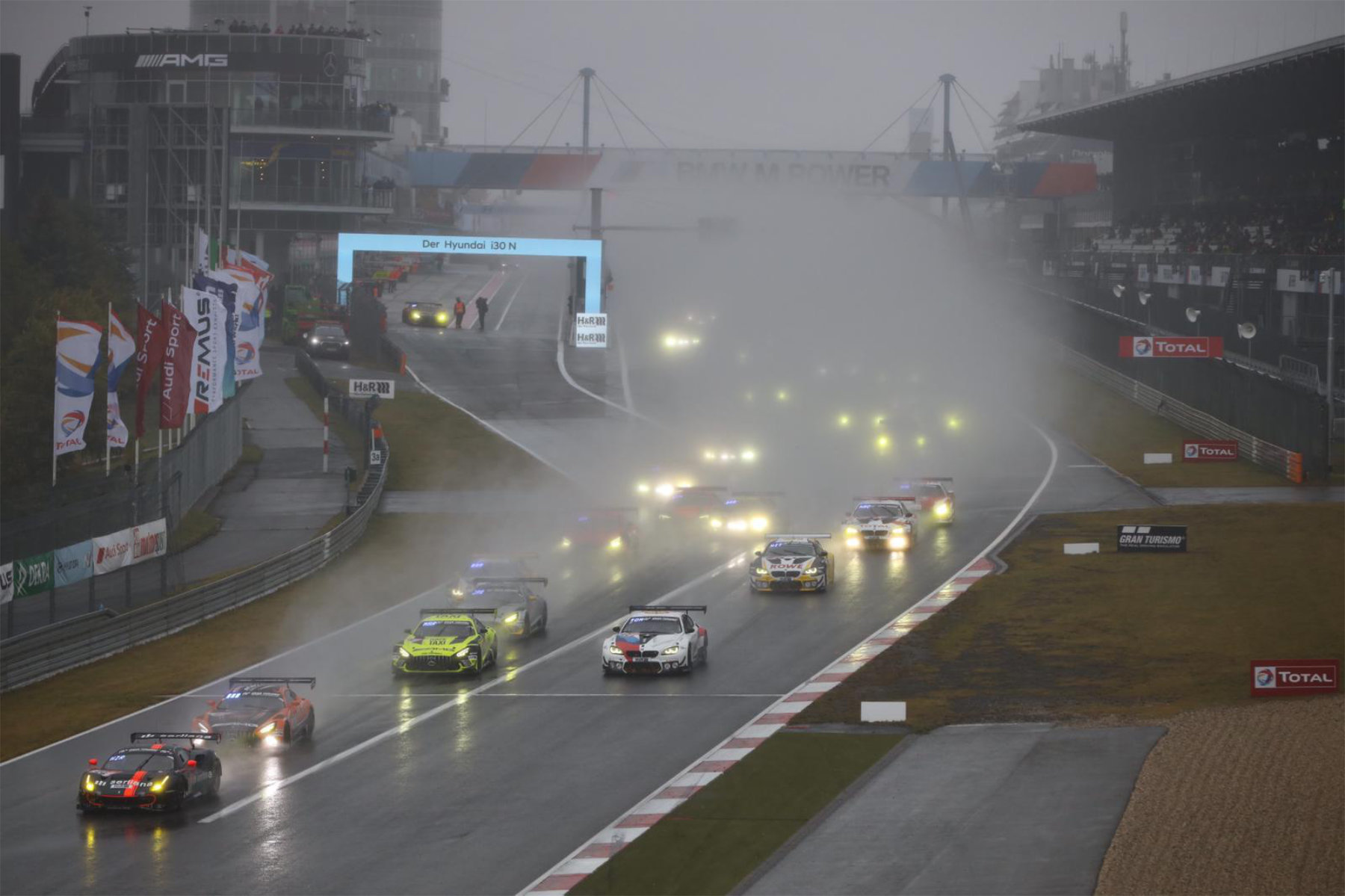 In difficult conditions, the 48th ADAC TOTAL 24h Race made for a fantastic show right away. In particular the two Italians Raffaele Marciello in the Getspeed-Mercedes-AMG #9 and Marco Mapelli in the Konrad-Lamborghini #21 entertained the spectators with terrific motor racing.

In continual Eifel rain, pole-sitter Maro Engel at the wheel of the HRT-Mercedes-AMG #4 was passed in turn one by Jonathan Hirschi and his Octane-126-Ferrari #26 for the lead.  And a short time later, Engel lost another position to Marciello. So, Hirschi lead the field to the Nordschleife but was passed by Marciello as early as in the Hatzenbach corners, thus losing the lead to the Italian. And before long, Engel moved up to second, while the first Nordschleife lap proved to be disastrous for the Ferrari #26 that completed the first lap in 26thposition.

While Marciello controlled the pace and with Engel being the only one to be able to match his pace to a certain extent, Mapelli battled his way up from far behind. The Italian was 23rd on the grid and with three laps completed he already was seventh. One lap later the Lamborghini was fourth and on lap six, Mapelli passed Martin Tomczyk and his Schnitzer-BMW #42 for third place. Also quite a lot of positions were gained by the Audi drivers Frank Stippler in his Phoenix-Audi #5 – from 12th to 5th – and Vervish in the #1 from 13th to 6th.