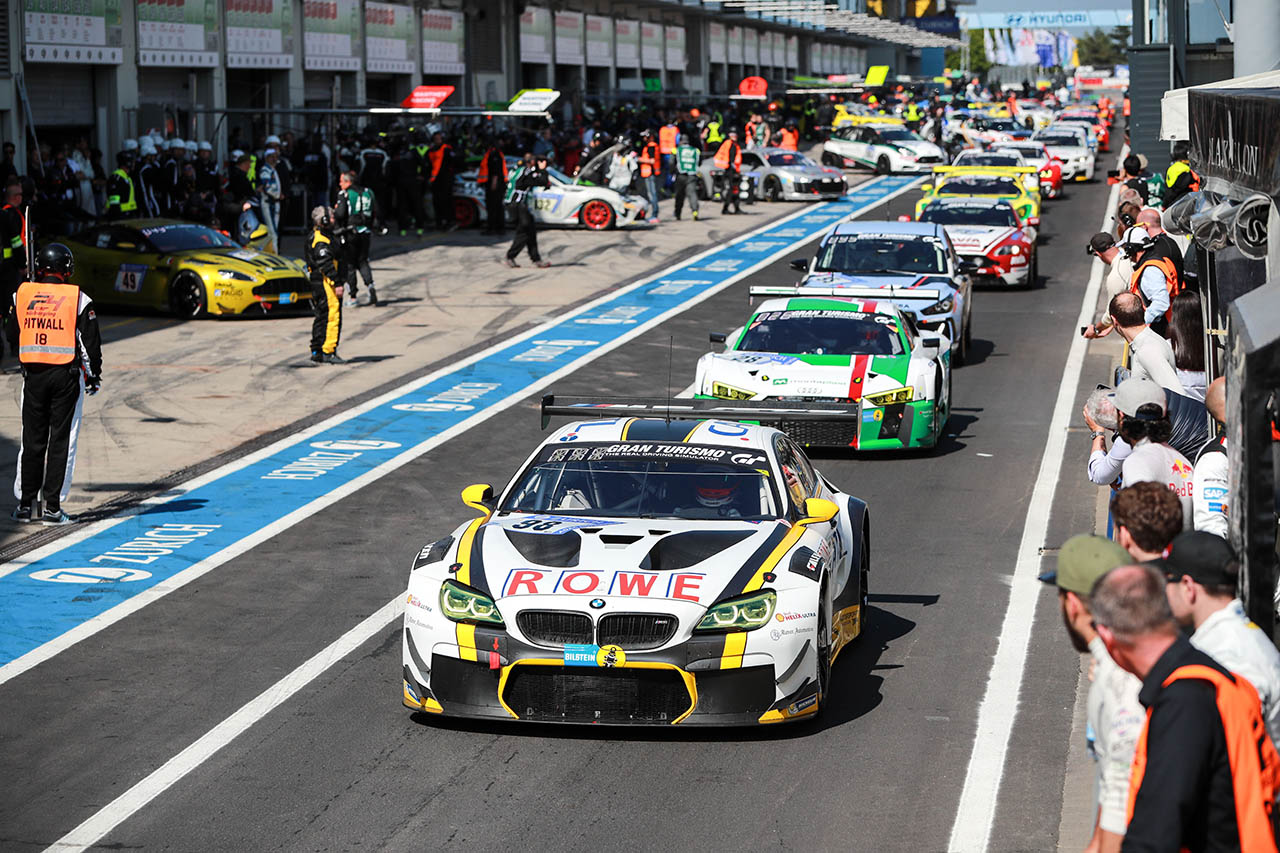 On Thursday afternoon, the 45th ADAC Zurich 24h Race  was officially kicked off with the first free practice session. The first fastest lap time on the combination of GP circuit and Nordschleife was set by the Land-Audi R8 LMS #29.
On their fastest lap, Connor de Phillippi (USA), Christopher Mies (Heiligenhaus), Kelvin van der Linde (South Africa) and Markus Winkelhock (Berglen-Steinach) crossed the line in 8:19.006 minutes, thus being more than six seconds faster than their second-placed fellow Audi drivers in the R8 LMS #1, entered by Audi Sport Team WRT. Nico Müller (Switzerland), Rene Rast (Frankfurt/Main), Frank Stippler (Bad Münstereifel) and Frederic Vervisch (Belgium) set a lap time of 8:25.143 minutes. Third place on the time sheets was secured in 8:26.440 minutes by the Falken-Porsche #44, raced by Laurens Vanthor (Belgium), Martin Ragginger (Austria), Jörg Bergmeister (Langenfeld) and Dirk Werner (Würzburg).
“I still opted for a relaxed approach as it was just the free practice session,” said van der Linde who set the fastest lap time with the Audi #29. “Now I hope for a good result in the qualifying session.” From 20:05hrs to 23:30hrs CEST (19:05hrs to 22:30hrs BST) the teams will go out for the first qualifying session and on Friday morning, after the second qualifying session ( 09:30 to 11:30hrs CEST) the last 12 competitors for the Top 30 Qualifying will have been found. And in this session, the 30 participating vehicles will battle it out for the pole and the positions on the first 15 rows on the grid.