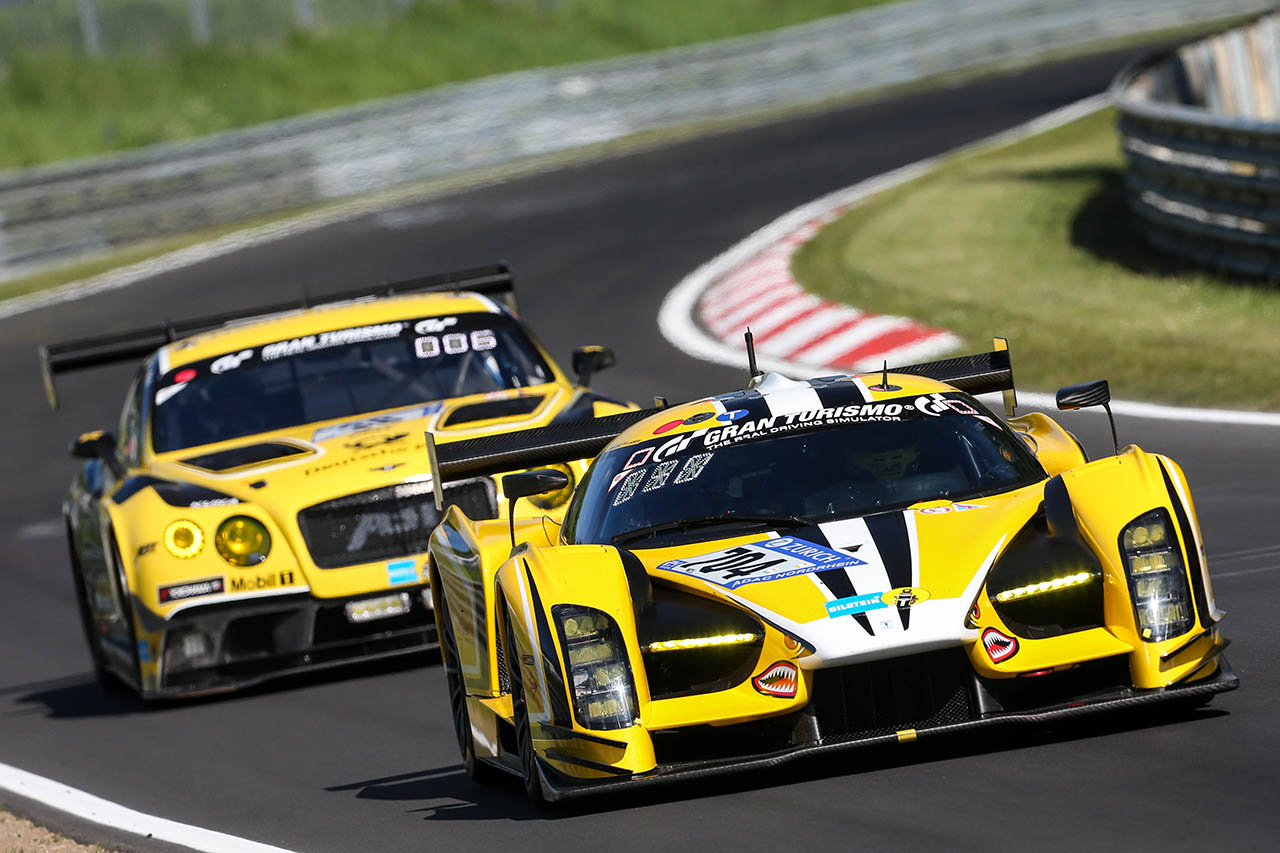 With a superfast second lap US-American Jeff Westphal sensationally secured the pole position for the 45th edition of the ADAC Zurich 24h Race. Westphal crossed the line in 8:15.427 minute, thus setting the fastest lap time in the Top 30 Qualifying and consequently, the SCG003C #704 will be the pole sitter when the race twice around the clock will be started on Saturday at 15:30hes CEST (14:30hrs BST). Westphal will share row one with his compatriot Connor de Phillippi (8:16.102) who was just 0.675 seconds slower, with his Audi.

“I was really at the limit and had a lot of oversteer,” admitted Westphal. “This was a make-or-break lap. The first lap also was rather good but at some sports it could have been even better.” By setting the fastest lap Westphal also secured the Glickenhaus Trophy. The challenge cup was donated in 2016 by the American movie director James Glickenhaus who also created and established ‘Team Traum Motorsport’. So, the Team Principal had the pleasure to award the trophy to one of his own drivers. “The Nürburgring 24h Race is like Woodstock,” said Glickenhaus. “A Festival of motor racing. And I’m proud that our team becomes a part of this legend, with our pole position.”
The positions on the second row of the grid were secured by Robin Frijns in the WRT-Audi #9 and the Wochenspiegel-Ferrari #22 driver Jochen Krummbach. In fifth and sixth positions, DTM drivers Nico Müller (#10) and Mike Rockenfeller (#5) completed the great manufacturer result for Audi.
Last year’s winner Maro Engel who didn’t drive the Black Falcon #1 but #3, finished seventh in the Top 30 Qualifying, thus being the best Mercedes-AMG driver. Sven Müller was the fastest Porsche driver and finished eight, while Augusto Farfus took the fastest BMW to 10th place. The best Bentley, driven by Christian Mamerow, qualified 13th.
The race twice around the clock will be started on Saturday at 15:30hrs CEST. The fans can watch the action live throughout the race on the Free-to-Air TV station RTL NITRO or – with numerous additional onboard camera perspectives – via the live stream at www.24h-rennen.de.