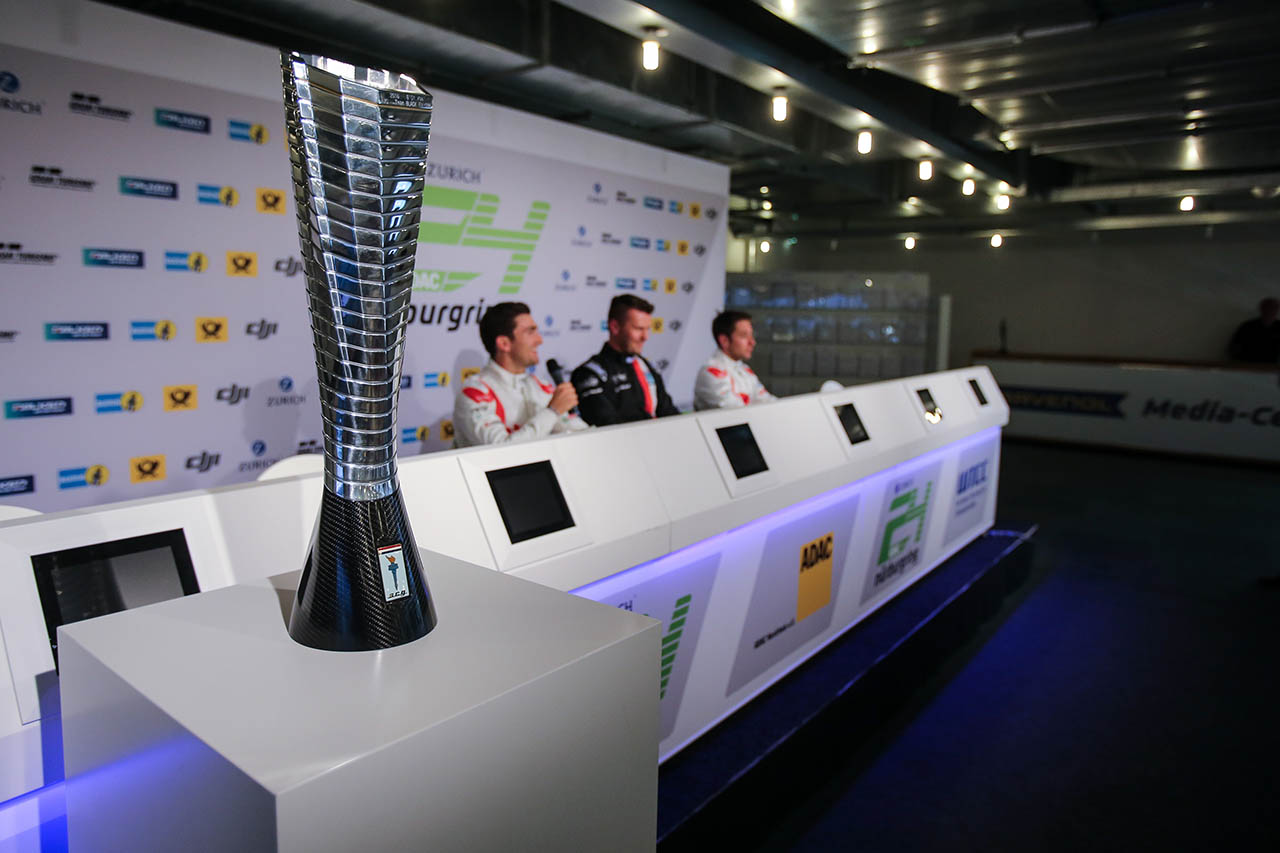 After the thrilling Top 30 Qualifying, the three fastest drivers, Jeff Westphal, Connor de Phillippi and Robin Frijns, answered the questions of the media representatives in a press conference.

Jeff Westphal (#704, Traum Motorsport): “Sitting here feels just great. That’s the deserved reward for the hard work the team has been executing in all these years. We changed the brake balance short before the session and this move obviously paid off. At the beginning of my lap I had slight understeer and had to really take the tyres to their very limit. And in the closing stages of the lap I tried to stay at the limit.”
Connor De Phillippi (#29, Audi Sport Team Land): “We really all can be proud of our achievements. Team Land that is contesting the race for the first time with works support and did a really great job. A great debut as works team. I haven’t been driving a lot behind the Glickenhaus vehicles but I think that they have a particular advantage compared to us in the areas aerodynamics and top speed. On the other hand, our Audi R8 LMS seems to be better on the brakes and in slow corners. On my first lap I stressed my tyres extremely and the result was my fastest lap. But I possibly could have opted for another strategy and save my tyres for the second lap.”
Robin Frijns (#9, Audi Team WRT): “I was really happy with my first lap. I could improve at the beginning of my second but then the car suddenly felt weird. I didn’t want to risk an accident and just cruised back. The grid position is nice but it’s a 24h race and everything can happen. I know the atmosphere created by the fans from last year but every lap around the Nordschleife is just fantastic.”