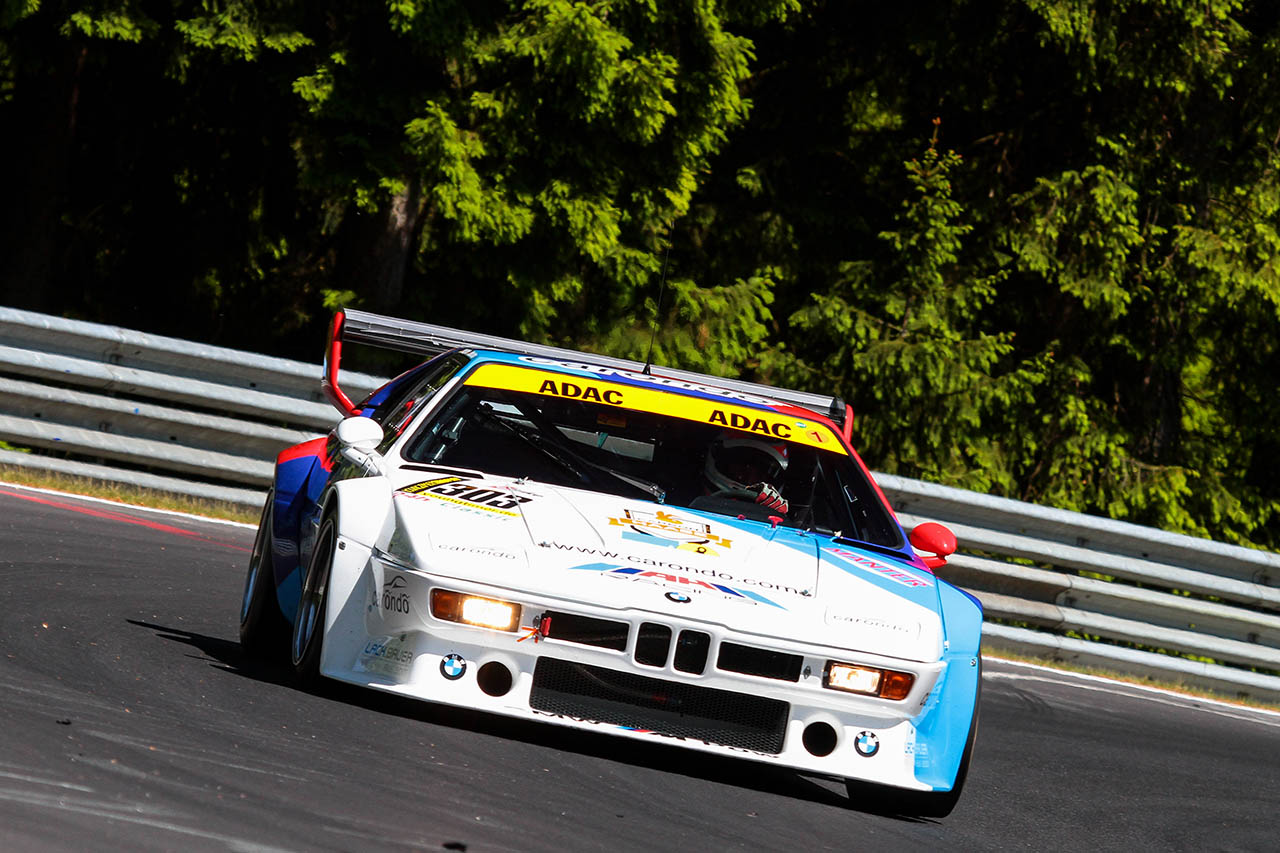 The ADAC 24h Classic featuring racing cars of the 1970s and 1980s provided fair and thrilling motor racing – a successful kick-off  of the 24h-Race weekend for all the visitors at the Nürburgring Nordschleife. In the end, Achim Heinrich and Michael Schrey prevailed in battle for the overall win and crossed the line with their BMW M1 as race winner and with a clear lead over the rest of the field.   .
So, their opponents had no chance of winning the race. The gap of Heinrich / Schrei on the fastest of their rivals temporarily amounted to more than three minutes and when they crossed the finish line to 2:03.352 minutes. Second place was secured – in the closing stages – by Maximilian Struwe / Sascha Schwalme with a Porsche 911 RSR, followed by Michael Küke who contested the race with an identical car. No doubt, the competition never was a threat for the M1 squad. Heinrich / Schrei dominated the feature race at the 25-kilometre race throughout the three-hour distance. Meanwhile, Daniel Schrey (#506, Porsche 935 K1) who held second place for quite a while was forced into early retirement by a technical problem with just half an hour to go.
The quotes after the ADAC 24h Classic feature race
Maximilian Struwe (#500, Porsche 911RSR): “We are really happy with having finished second as we were third on the grid. In the race, my team-mated unfortunately was forced to drop back but he battled hard and when I replaced him, the car was in perfect condition. Tyres, brakes – everything was fine. It was virtually hopeless as the lead of the others over us amounted to nearly two minutes. But I pushed hard and in the end we did it. A really pleasing result – just perfect.”
Michael Küke (#504, Porsche 911 RSR): “In the opening stages I was able to follow Daniel Schrey. In the first half of the race we were faster than in the second. In the closing stages I just wasn’t able to keep Maximilian Struwe at bay.”
Achim Heinrich (#303, BMW M1): “I have to admit that this really looked superior but when you are sitting in the car things look completely different. To finish first you have to finish first. And the car often had it quirks. It was rather hot inside and the race was tough. I really can’ t remember when I witnessed this kind of good conditions at the Nürburgring for the last time. Usually, the weather here is bad.”