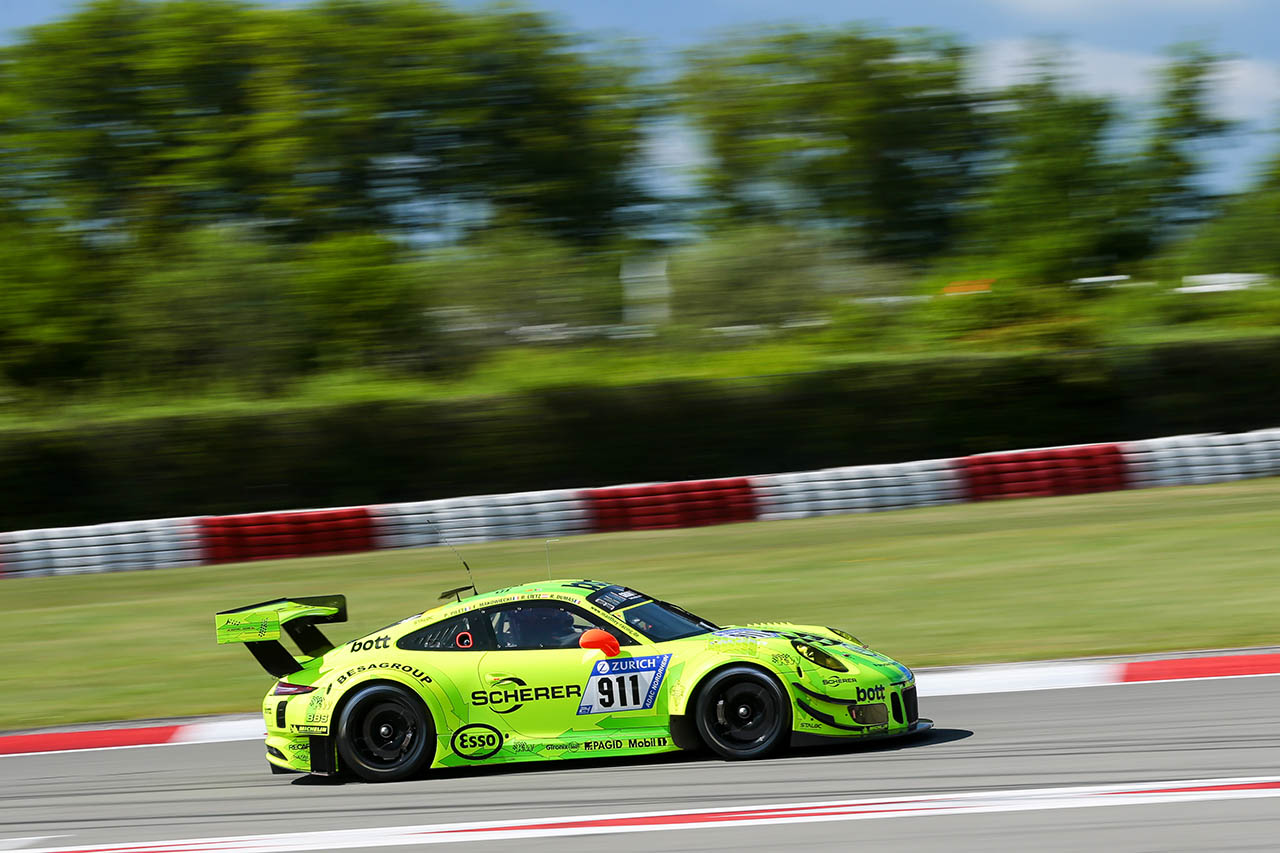 On Saturday morning, the Manthey-Porsche # 911 set the fastest lap time in the warm-up for the 45th ADAC Zurich 24h Race. The quartet Romain Dumas, Fred Makowiecki, Patrick Pilet and Richard Lietz crossed the line in 8:24,329 minutes and were slightly faster than the Glickenhaus racer #704. The pole-sitters – Jeff Westphal, Franck Mailleux, Andreas Simonsen and Felipe Laser – finished second with their 8:24.576- minute lap.
About a quarter off the entire field set at least one timed lap in the 60-minute session, while some of the other squads used the session for a final performance check.
The race twice around the clock will be started on Saturday at 15:30hrs CEST. The fans can watch the action live throughout the race on the Free-to-Air TV station RTL NITRO or – with numerous additional onboard camera perspectives – via the live stream at www.24h-rennen.de.