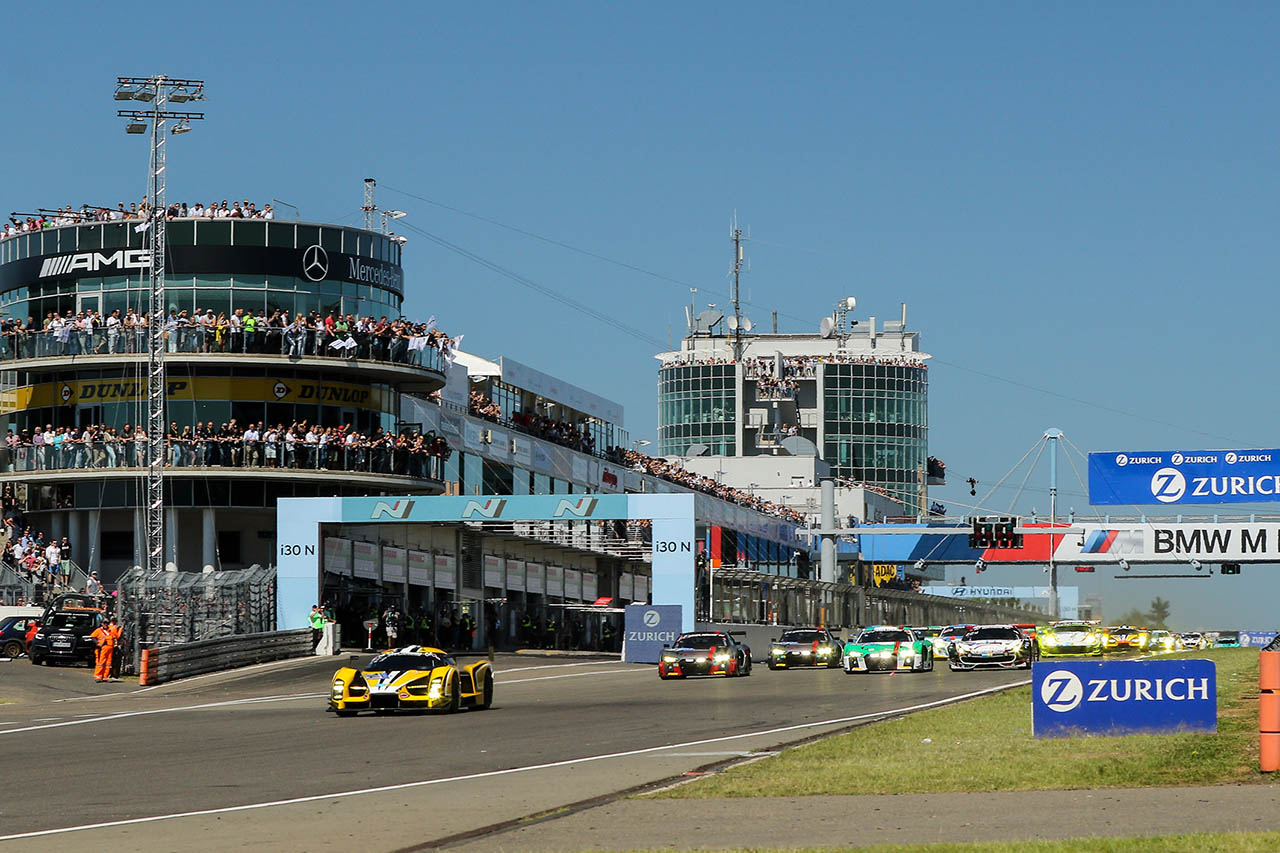 The 45th ADAC Zurich 24h Race made for a lot thrilling motor racing as early s in the first hour. At 15:30hrs, a total of 156 vehicles started in brilliant sunshine into the race twice around the clock.
US-American Jeff Westphal in the Glickenhaus racer #704 of Traum Motorsport that sensationally secured the pole position for its squad defended its lead during the flying start and also was the first car to enter the Nordschleife. The Land Audi #29 that also started from row on the grid that was raced by Kelvin van der Linde lost three positions on lap one, with fellow Audi drivers René Rast (#9) and Nico Müller (#10) moving up to second and third.
When the front runners approached the cars to be lapped as early as on lap two, DTM driver Rast made no compromises and used his first chance of passing race leader Westphal when the latter braked behind a slower car
On lap four, however, following a first Code-60 zone  caused by two minor accidents Westphal regained the lead. This time he was the one to surprise Rast – who also had to cope with a slower car ahead of him  when he accelerated earlier at the exit of the speed-limited area.
With seven laps and an hour respectively contested, Westphal still is holding the lead. As Rast already pitted for the first time, the positions two to four now are held by the Audis #10. #29 and #5 with Frank Stippler behind the wheel, followed by the second Glickenhaus-SCG003C, #702, raced by Felipe Laser. The latter four vehicles pitted on lap seven – just as the Wochenspiegel-Ferrari #22, the best-placed AMG #3 with last year’s winner Maro Engel at the wheel, the best Porsche, #911, with Fred Makowiecki and the fastest Bentley #38 with Christian Mamerow  in the positions six to nine. Best BMW – in 16th position – was the Rowe Racing M6 GT3 #98 that pitted for fresh tyres as early as on lap three.