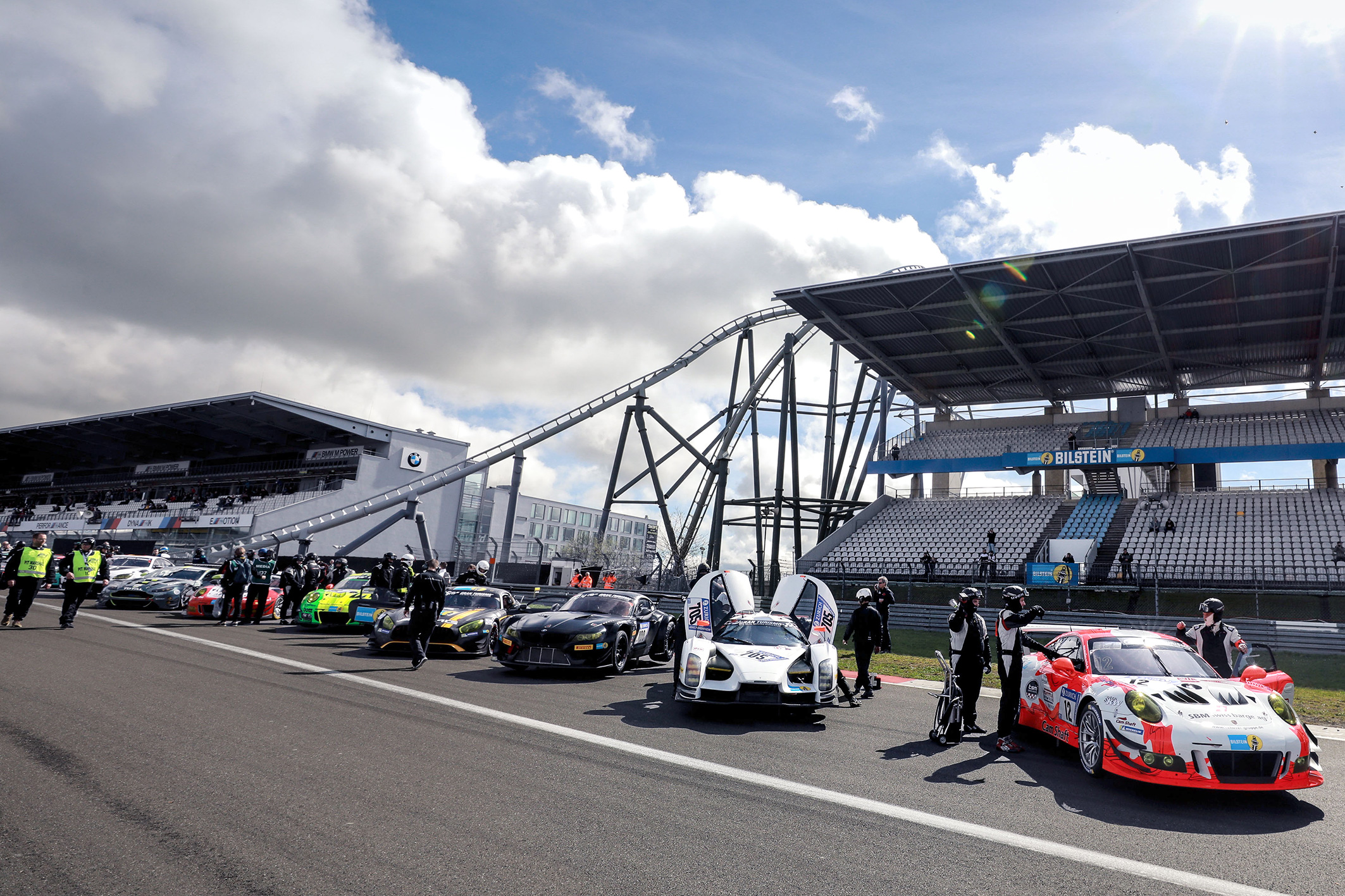 Typical 24h Race: Every year, the organisers come up with new innovations that are supposed to make the race even more attractive, more thrilling or cooler for the fans. And so, the 2018 race also is accompanied by quite a number of alterations. Some of them are basically simple but make for major progress, nevertheless. Please find below some of these changes.
Who is fast? Top-speed recordings at the Nordschleife
The installation of split-time checkpoints at the Nordschleife some years ago represented a major step forward for the race action at the Nordschleife. Since then, it’s far more transparent for teams and drivers which car is gaining or losing time in which sector. Now, these measurements have been made even more precise. Several metres before the checkpoints, new speed loops have been installed. Therefore, even the top speeds can be recorded at these points. Also planned for the 24h Race: an additional checkpoint at the end of the Döttinger Höhe. It may sound simple but represents a major technical effort – and will serve an important purpose: the data are necessary for determining the Balance of Performance, where the data analysis relies on more and more individual values.
Who is sitting at the wheel? Driver-ID
This innovation also sounds simple but represents a massive effort in a 600-driver field. From 2018, the cars have to be equipped with an additional transponder that transfers the ID of the driver just racing the car. During a driver switch the team has to press a small button in the cockpit and the signal is changed to the one of the driver who is going to drive the next stint. This driver-ID will be recorded by the time keepers every time the car crosses the finish line. This move does not only make the time sheets far more transparent but also will help to survey minimum break times and driving proofs, in the future.
Starting grid: homage to the endurance classic
The acid test already has been contested: the 24h Race will get a new starting grid. As early as on the grid for the 24h Race qualifying race, the first 30 cars didn’t stand staggered on the grid but individually, side by side and diagonal to the driving direction. A special sight and reason for a goose-bump moment – and even more so when the entire Nürburgring temporarily stops breathing during the National Anthem, before the fields rockets away to battle it out to the max twice around the clock. The grid was borrowed by the grand endurance-racing classic Le Mans and represents a small bow of the German 24h race to the French sports-car legend. Incidentally, this starting format also is well-known elsewhere: “I have known this kind of starting grid from the USA and therefore, I am particularly delighted that it now also will be commemorated by the Nürburgring,” said BMW-driver Martin Tomczyk.