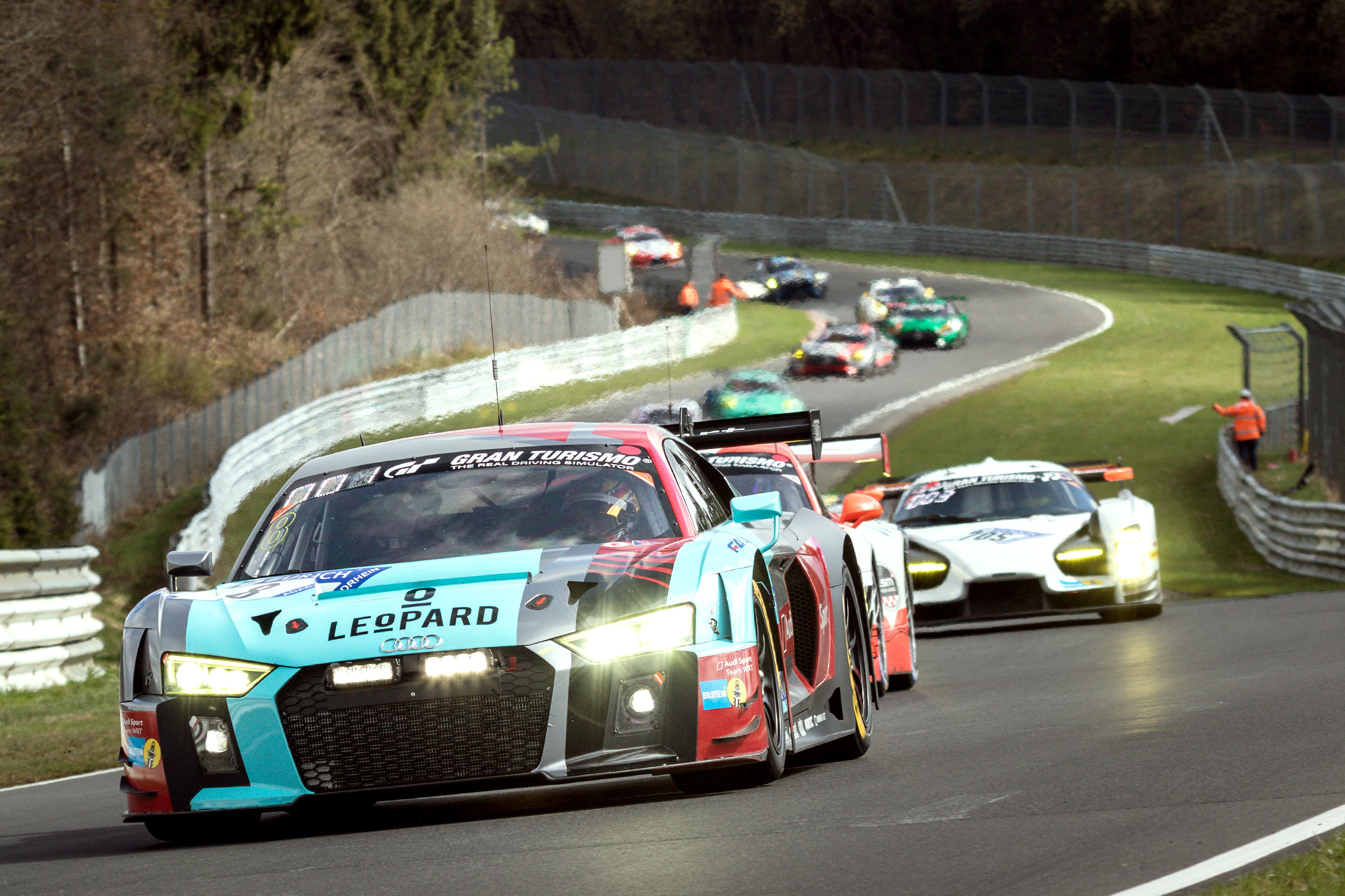 Everything is prepared for the race of the year: This weekend’s ADAC Zurich 24h Race also is a highlight of the entire motor-racing season. 150 vehicles have been entered to compete in the battle for one of the most coveted trophy in international motor sport. Works squads and works supported teams such as the one of last year’s winners Audi or Aston Martin, BMW, Porsche and Mercedes-AMG will have to face highly competitive independent teams that rely on cars of exotic manufacturers, such as Ferrari and Lamborghini, or the beautiful single copy SCG003C. Some 200.000 spectators are expected to attend the race weekend and the first of them arrived as early as this Monday. And at the latest on Thursday when the 24h-Race vehicles go out for the first time, the huge crowd will turn the woods around the Nürburgring into a massive barbecue mile.
Top-class starting grid
In the past years the 24h race altered. “The former endurance race turned into a long-distance sprint,” said BMW’s Brazilian Augusto Farfus who made the trip to the Nürburgring, like quite a number of other DTM drivers, right from Hockenheim, venue of the DTM season opener. In a BMW M6 GT3 he will be chasing last year’s winners, thus also trying to beat a DTM rival. The reigning DTM Champion, René Rast (Bregenz) joined Audi Sport Team Land who will contest the race with the car #1. Rast was teamed up with Christopher Mies (Düsseldorf) and the two South Africans Kelvin and Sheldon van der Linde. Altogether, more than 30 GT3 vehicles will battle it out for the win and even the number top favourite amounts to about 12 vehicles. Porsche, for instance, sends the incredibly strong Manthey Porsche squad as spearhead into the race. The two Manthey Porsches 911 GT3 R secured the pole positions and a race win in the first two VLN rounds. Meanwhile, Mercedes-AMG won the 24h Race qualifying race courtesy of Yelmer Buurmann (NLD) who defeated his compatriot Nicky Catsburg (Rowe-BMW) in a battle to the finish line.
Time schedule with numerous highlights
It goes without saying the rest of the programme features quite a lot of other motor-racing highlights and fan entertainment. On Thursday, the motor-sport programme traditionally is kicked-off with an RCN performance test. Highlights are the qualifying session and the first of the three FIA WTCR rounds as well as the 24h-Race night qualifying from 20.30 to 23.30hrs CEST that will provide a first dose of pure endurance-race feeling. The Friday action begins with the ADAC 24h-Classic with old and younger classics on the grid and in the afternoon, the programme is continued with 24h-Race and WTCR qualifying sessions before the spectacular 24h-Race Top-30 Qualifying (from 19:00hrs CEST) makes for the highlight of the day. The action will be concluded from 19:50hrs by the Falken Drift Show. The Saturday schedule is particularly tight: before the 24 Race will be started at 15:30hrs CEST, the crowds will be entertained by the Audi Sport R8 LMS Cup at the GP circuit (08:25hrs) and the second and third FIA WTCR rounds (starts at 11:00 and 12:20hrs).