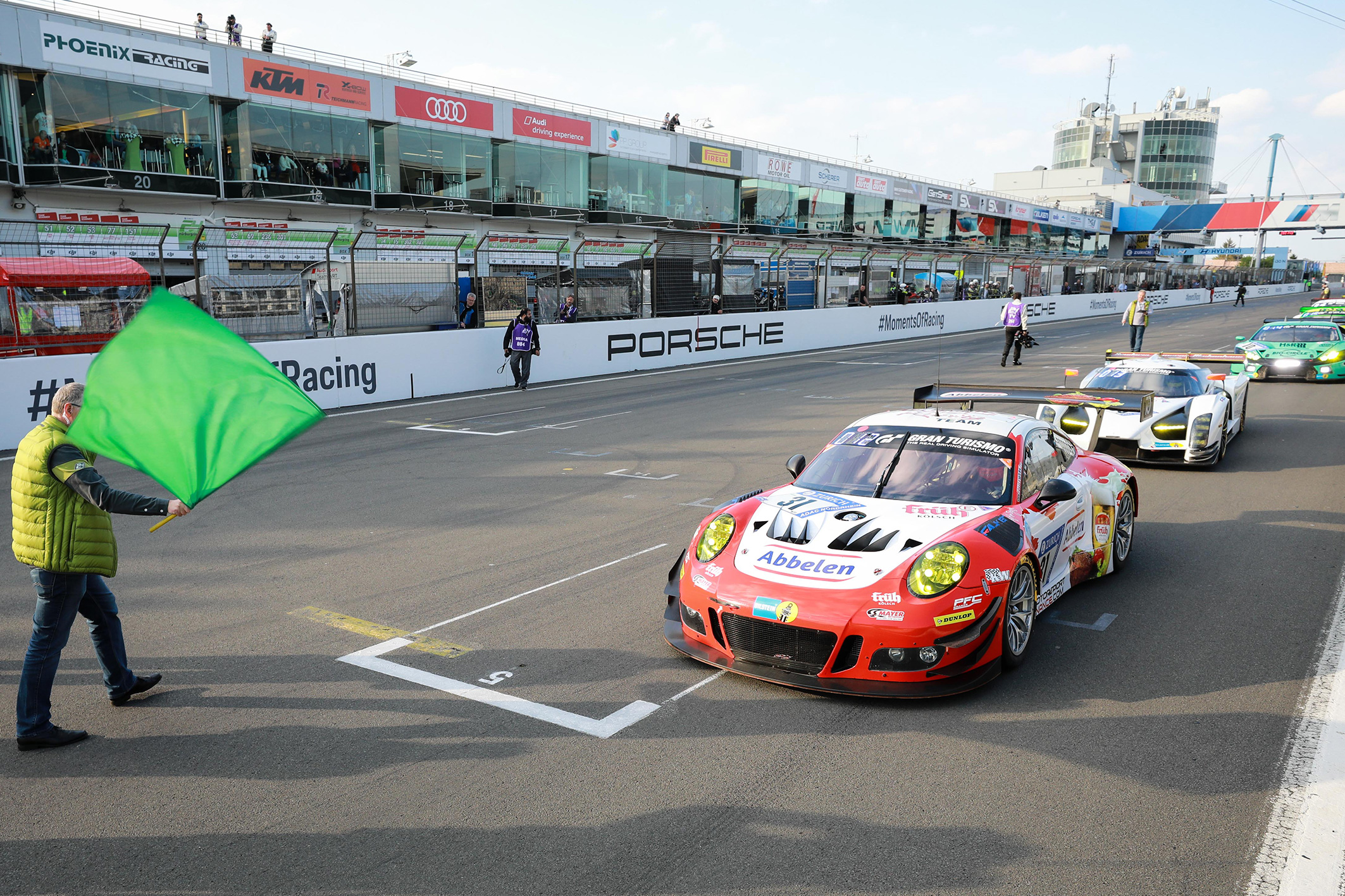 It’s a constant of the 24H Race like fried sausages and motor-racing party: the Top-Qualifying represents the thrilling climax in the prelude of the endurance-racing classic. The battle for pole that is popular with both fans and drivers also will be contested in the time-trial format, in the future – but the regulations for 2019 have been clearly refined. In the regulations worked out by the 24H Race organisers in cooperation with technology experts and team representatives, the transparency regarding the true competitiveness of a vehicle represents a top priority, just as the promotion of the amateurs in the fast car categories. The qualifying in the VLN rounds held prior to the 24H Race as well as the 24H Qualifying Race will remain part of the schedule but here, theoretical lap times – the addition of the best split times set in the qualifying sessions and races – will be taken into account. Furthermore, a specified contingent of Top-Qualifying positions will be secured for Pro-AM teams what means that the fastest of them definitely will have the chance of being a factor in the battle for pole. At the same time, the number of cars contesting the Top-Qualifying will be flexible, in the future. It will amount to 80 percent of the entries of Pro and Pro-AM teams. For information on the 24H Race and the latest state of affairs regarding the 24H Race please visit www.24h-rennen.de.
The gambling in the run-up to the 24H Race traditionally is booming. After all, no team is ready to disclose the true competitiveness of its car before it has to go out in anger in the legendary endurance-racing classic. A fact Race Director Walter Hornung is well aware of: “On the one hand, nobody is ready to put their cards on the table and on the other, there is this persistent belief that the parameters for the Balance of Performance are derived directly from the lap times – what hasn’t been the case any more for a long time.” Therefore, the course of the grid positions has been refined and is no longer determined by the full lap times. Three of the Top-Qualifying positions will be secured in each of the VLN rounds held prior to the 24H Race and further eight in the 24H Qualifying Race. One of the three positions available per VLN race meeting will be secured in the qualifying session and the other two in the races, while the fastest theoretical lap of a vehicle being used as criterion. This is used as average of the best split times set in the qualifying sessions and races respectively. In the 24H Qualifying Race, the three fastest teams in the Top-30-Qualifying of the event will secure a position for the Top Qualifying and the other five in the race – and once again by means of the fastest theoretical laps. “The procedure is transparent as it eliminates many disruptive factors or reduces their impact, at least,” explains the Race Director. “Those who are on the way to setting a great lap but are hampered in a section of the Nordschleife will like the new approach. At the same time, we also diminish the deliberate decelerations to hide the own competitiveness.”
In the future, 80 percent of the Top teams will contest the Top-Qualifying
With the three VLN rounds and the 24H Qualifying Race contested, 17 positions for the Top-Qualifying are secured (three in each of the VLN meetings, eight in the 24H Qualifying Race). The actual number of competitors will be determined as soon as the 24H Race entry list is closed – it will amount to 80 percent of the Pro and Pro-AM teams. The comparison with the teams already qualified will result in the still available Top-Qualifying positions for the two categories. These positions will be assigned based on the results in the two qualifying sessions and once again based on the fastest theoretical laps generated by the five fastest split times. ”This sounds fare more difficult in theory than it really is,” says Walter Hornung. “I definitely am happy that we ensure this way that the Top Qualifying isn’t a closed session for the pros but that the international stars will have to keep on fighting against amateurs and Nordschleife specialists. At the same time, we also set our focus on encouraging the competition on the track. After all, the direct battles between fascinating vehicles at the greatest racetrack in the world is exactly what everybody involved wants to see – from the Race Director to the fans.”
6th November 2018