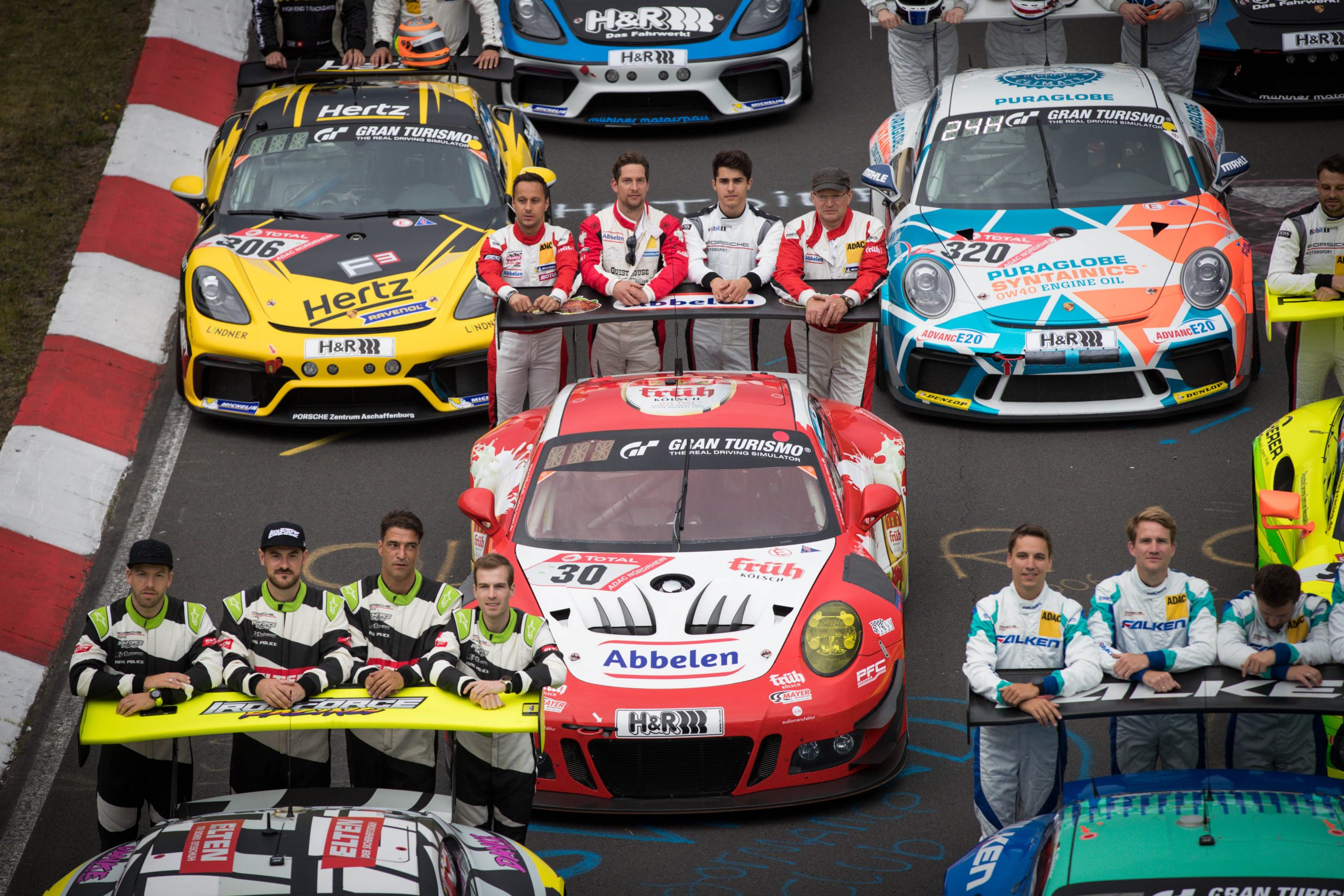 The ADAC Total 24h Race does not only feature the most different vehicles but also quite a range of competitors. In addition to the professional racing drivers, the grid comprises – for instance – entrepreneurs and even musicians, such as Smudo, front man of the German HipHop band ‘Die Fantastischen Vier’. Here, we present the most prominent 24h-Race participants:
Titus Dittmann (#13):
Titus Dittmann. He is regarded as the ‘Godfather’ of the German skateboard scene, is founder of the fashion and skating label ‘Titus’ and the charity organisation ‘Skate-Aid’ that supports international and humanitarian children and youth projects. Furthermore, he is a thoroughbred motor-racing enthusiasts.
Fabian Vettel (#18):
Fabian Vettel is the younger brother of four-time F1 World Champion Sebastian Vettel.  The native Hessian already successfully established in professional motor racing and contests the ADAC GT-Masters with a Mercedes AMG GT3 die ADAC GT-Masters.
Volker Strycek (#122):
Back in 1984, Strycek won the title in the maiden DTM season. With 40 participations in the Nürburgring 24h Race, the long-term Opel Motorsport Boss Volker Strycek is the record holder in the race that he won in 2003.
François Wales (#164):
François Wales is the Peugeot Sport Director. Last year, he was responsible for the development of Group PSA customer-sport vehicles and E sports-cars of the ‘Peugeot Sport Engineered’ range, with the first example – the concept car 508 Peugeot Sport Engineered – having been unveiled in March, at the Geneva Motor Show.
‘Smudo’ (#320):
The successful musician and front man of the German HipHop band ‘Die Fantastischen Vier’ is an enthusiastic hobby racer with a soft spot for sustainable and eco-friendly motor sport with organic fuel, recycled oil and organic-fibre parts on the latest GT3 Porsche.
Romain Dumas (#31):
A true jack of all trades in the Porsche camp: he competes in every motor racing category – from Le Mans via the Dakar to Pikes Peak – and usually crosses the finish line as winner. The Frenchman is two-time Le Mans winner, WEC Champion and already has got four Nürburgring 24h Race wins under his belt.
Lucas Luhr (#8):
With wins in the ALMS, the 24h races at Daytona, Spa-Franchorchamps and – two times – at the Nürburgring Lucas Luhr is a truly successful endurance racer. In addition, he is the 2011 FIA GT World Champion
Marcel Fässler (#14):
The Swiss has been waiting for his first win in the Eifel marathon for a long time. After his DTM years with Mercedes and Opel he joined Audi to win three times at Le Mans and the 2012 WEC title.
Nick Tandy (#1):
Three years after having won the Porsche Carrera Cup, in 2011, the Briton was signed as Porsche works driver and won the 2015 Hours of Le Mans with Nico Hülkenberg and Earl Bamber. And in 2018, he added wins in the 24h races at Spa-Franchorchamps and the Nordschleife to his tally.