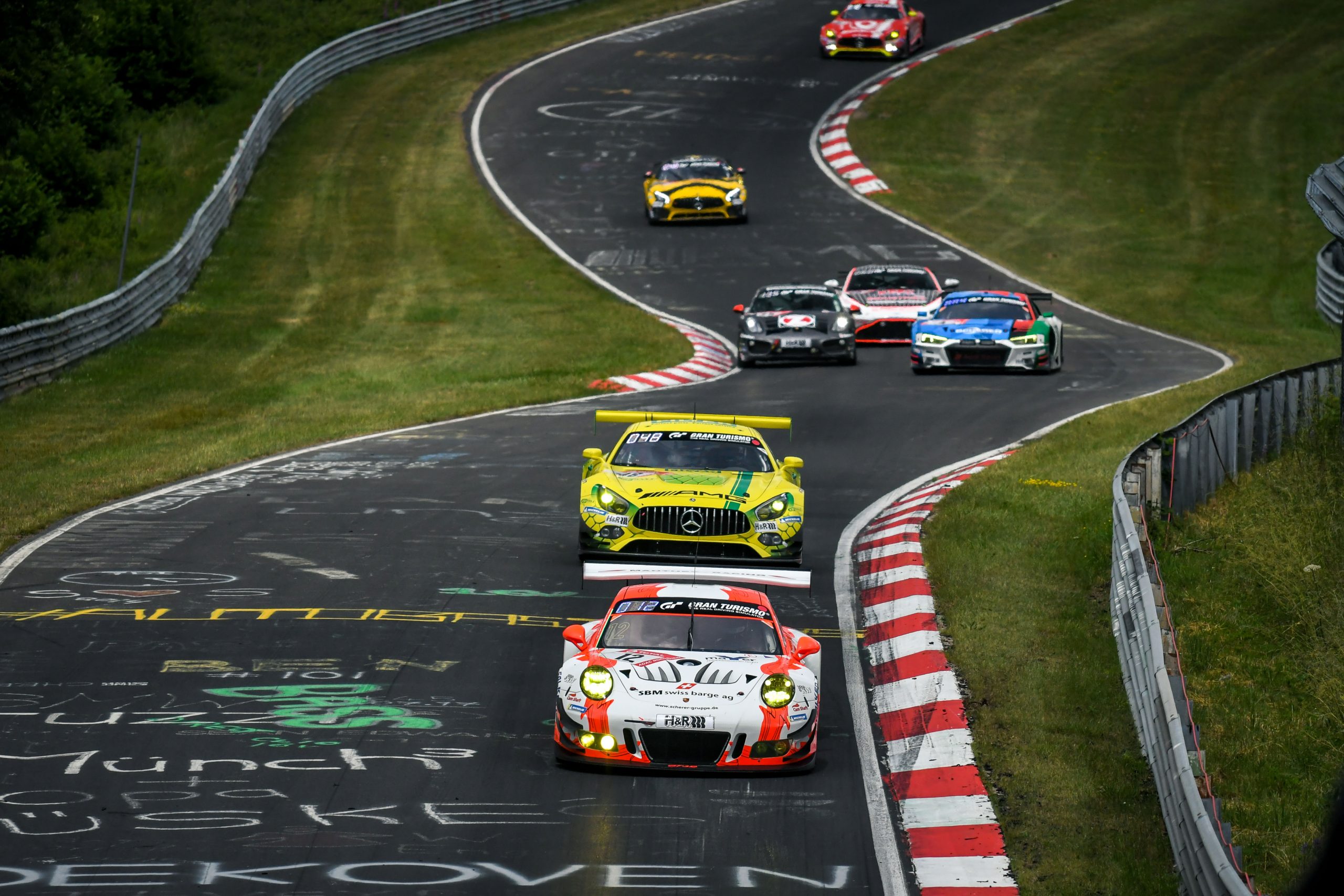 On Thursday evening, the Mann-Filter-Mercedes #48 secured the provisional pole position. With his Mercedes-AMG GT3, Italian Raffaele Marciello crossed the line in 8:24.801 minutes, thus being some two 10ths of a second faster than the Car-Collection Audi #14 in second position. Behind the third-placed Black Falcon Mercedes #6, another two manufacturers made it to the top five: the Manthey Porsche #911 and the Rowe BMW #98. The second qualifying session where the teams will battle it out for the last available Top-Qualifying positions will be held on Friday from 14:55 to 16:45hrs.
Later, from 19:00hrs, the cars will go out to fight for the pole position in the big showdown – the Top Qualifying. In the classic individual time-trial format, the drivers of the fastest cars have got two laps for setting a fast lap time to secure the pole position and the coveted Glickenhaus Trophy for their team. The starting order for the Top Qualifying will be publicly drawn from 18:00hrs CEST in the Parc Fermé (at the scrutineering in the paddock), with the drivers that will contest the Top Qualifying for their teams drawing the starting-order positions themselves. NITRO covers the Top Qualifying live and the website www.24h-rennen.de provides a live stream as well as live ticker and live timing.
On Thursday afternoon, the practice session was aborted due to torrential rain. At this point in time, two-time DTM Champion Marco Wittmann was the quickest, with his Rowe-BMW #99. After the rain, the WRCR field went out for the qualifying for the second race, with local hero Benjamin Leuchter taking his Golf TCR to pole. “I realised early that the track was drying and told the team to shoe the car with slicks. They did so at the perfect point in time and now I’m absolutely happy” beamed the German who already looks forward to the first of the three WTCR races – on Friday from 17:30hrs. Meanwhile, the Rundstrecken-Challenge Nürburgring kicked the race weekend off in the morning, in dry conditions. The event was won by Winfried Assmann in his Porsche 911 GT3 Cup.
On Friday, the visitors also may look forward on numerous highlights aloof from the track. In the evening, the Falken Drift Show will entertain the crowds at the Müllenbachschleife (from 19:50hrs). Afterwards, the party is continued in the DSK tent that also is positioned at the Müllenbachschleife, with the band ‘Skybagg’ making for great atmosphere. As usual, the admission will be free. Just as attractive on Friday evening: to visit the GP paddock and from 19:55hrs, the pit lane will be opened for the pit walk.