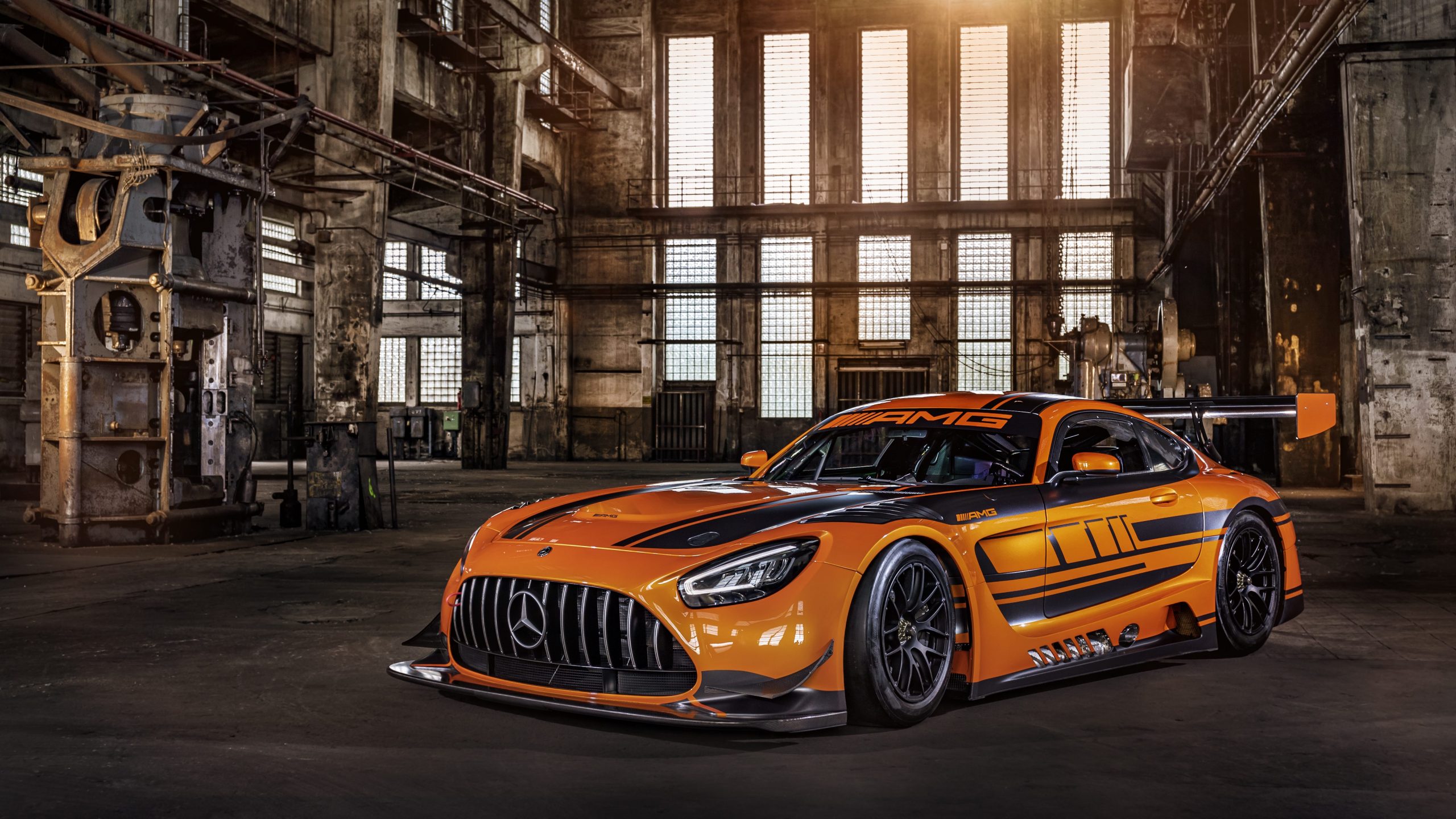 Mercedes-AMG extends its range for customer racing teams and launches the new Mercedes-AMG GT3 within the framework of the Nürburgring 24h Race. The new vehicle represents a consequent enhancement of the globally successful customer-sports-car designed and built in Affalterbach. “I am happy that we are able to present the car here, within the framework of the 24h Race,” Mercedes-AMG boss Tobias Moers said on the occasion of the launch of the new GT3 racer. “The Nürburgring 24h race means a lot to the brand Mercedes-AMG. The race has got such an outstanding mojo and therefore it’s really special for us to be among the front runners. The 24h Race and the Nordschleife are renowned brands and being here is big fun for Mercedes-AMG,” added Moers while looking proudly at the new vehicle.
In addition to the new look, the new racer also features numerous technical optimisations that take the properties of the car – that already have been popular with teams and drivers so far – to a new level. The new car replaces the Mercedes-AMG GT3 that was launched in 2015 and has been sold 130 times since then. And now, the German performance and sports-car brand launches the next evolution step based on the successful car.
The new Mercedes-AMG GT3 smoothly continues the spectacular appearance of its predecessor. The look is dominated by modified components: but the new front skirt, new flics, new front diffuser and new rear skirt do not only change the looks of the new car but also improve its performance. Meanwhile, the car still is powered by the well-known normally aspirated AMG 6.3-litre V8 engine.
In late 2019, at the end of an extensive testing and trial period, the car will be delivered to the teams to contest its debut season in 2020 – the 10th anniversary season Mercedes-AMG Customer Racing.