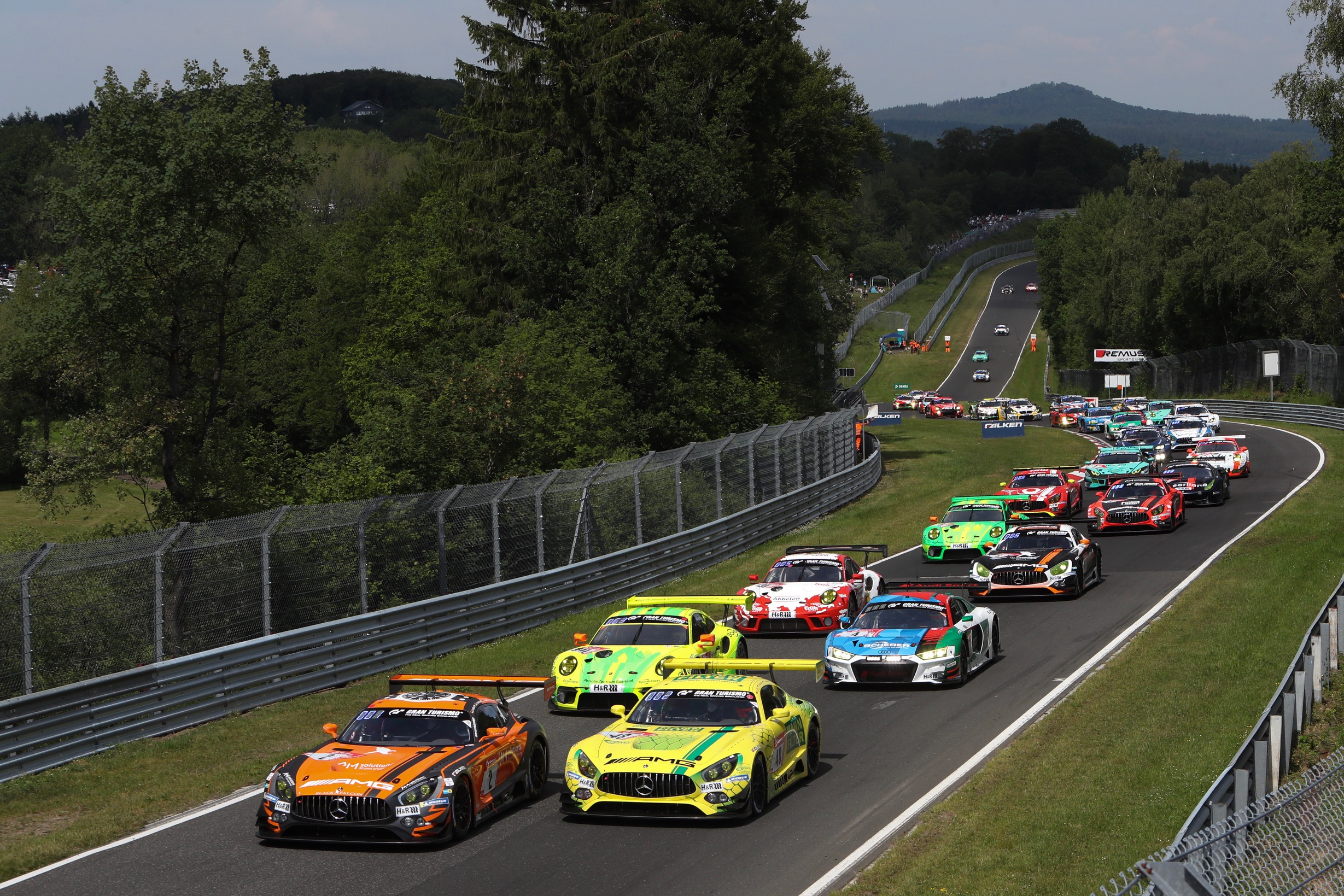 At the start into the 2019 ADAC TOTAL 24h Race, former DTM driver Maro Engel made perfect use of the pole he secured on Friday: on the way to turn one, the driver of the Black-Falcon Mercedes #2 won the acceleration battle against fellow Mercedes-AMG driver Lance-David Arnold in the Mann-Filter Mercedes #48 and already had opened a small gap when entering the Nordschleife. At the end of lap one, Engel crossed the line 3.5 seconds ahead of Kevin Estre in the Manthey-Porsche #911 who had passed Arnold for second position at the Döttinger Höhe to then begin to pressurise the race leader – in brilliant sunshine and in front of the enthusiastic visitors.
On the following laps, Engel and Estre entertained the crowds with a thrilling battle for the lead. The Porsche driver closed in on the Mercedes but each of his efforts to steal the lead in the first hour was fended off by Engel as the latter kept his cool even when lapping slower cars in the heavy traffic. After exactly one hour, with seven laps completed, the two leaders pitted simultaneously for the first tyre change.
Last year’s winners in the Porsche #1 passed Arnold on the second lap for third position but lost it when Patrick Pilet who drove the first stint pitted after only five laps. Team-mate Fred Makowiecki got behind the wheel of the Porsche 911 GT3 R – and took the lead when the two previous leaders came in for their first stop.