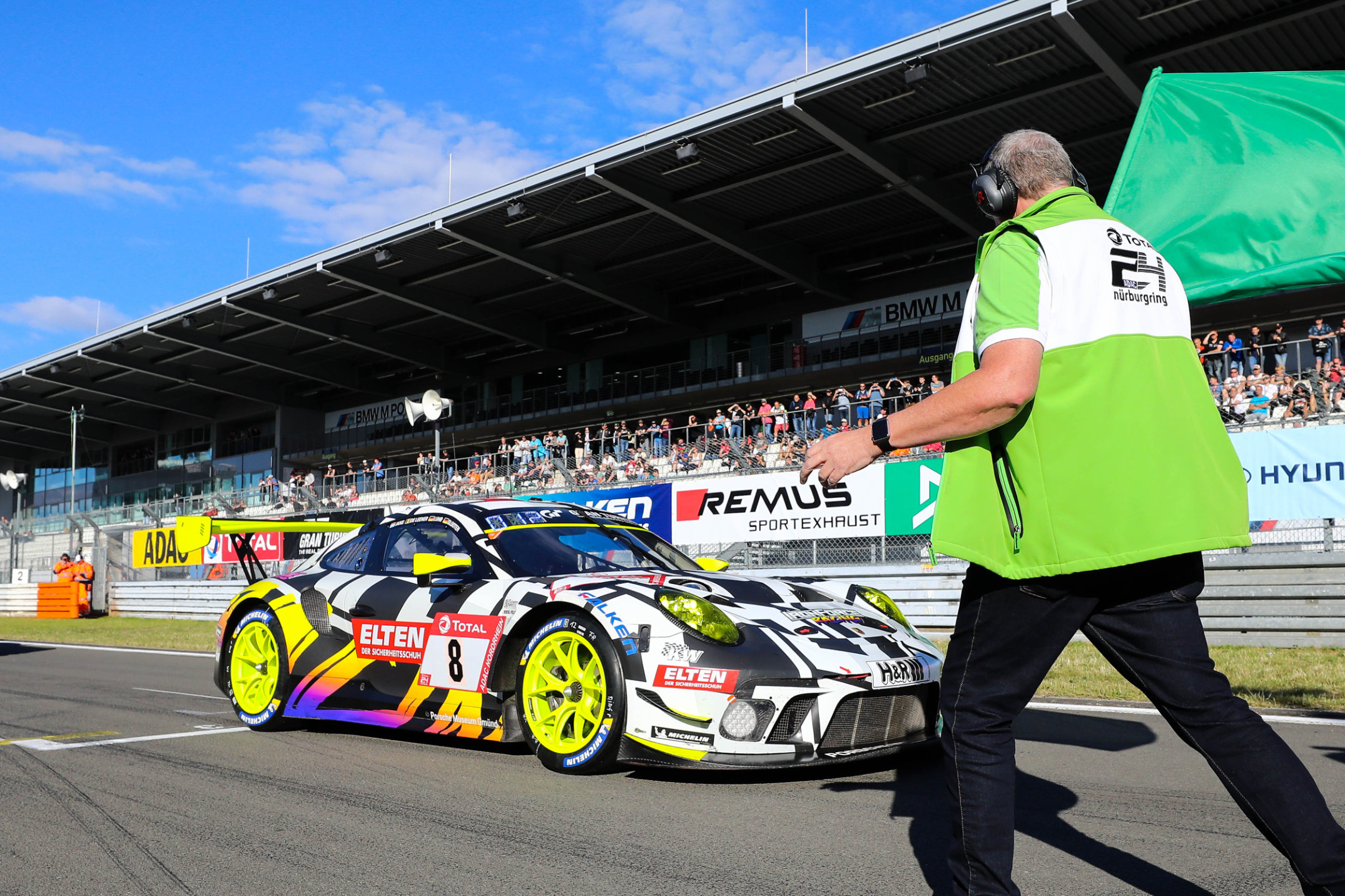 Refined regulations and tougher challenge: the battle for the pole and the grid positions for the ADAC TOTAL 24h Race will be even more thrilling this year. Last winter, the ADAC Nordrhein regulation developers refined the Top-Qualifying regulations, thus making for a clearly tougher challenge in the SP9, SP9-LG, SP-Pro and SP-X classes, that have got what it takes to secure the overall win. The most significant change: this year, there will be two Top Qualifyings (TQ). The conditions for making it to TQ two have been tightened and as a result, the teams and drivers have to really go for it and put their cards on the table from their very first kilometre at the Nordschleife if they want to have the chance of making it to the front end of the starting grid of the 24h Race. And the recent editions of the race demonstrated clearly that a good grid position proved to be more and more crucial for great race result year by year – despite the long distance.

The mode for the allocation of the positions of TQ2 is transparent and rewards racing: as usual, a limited number of teams will be allocated TQ2 positions according to their achievements in the Nürburgring Endurance Series (NLS). All the other teams must hope for securing one of the four positions still available for the final individual time trials in TQ1. “We wanted to increase the challenge for the teams,” explains Race Director Walter Hornung. “Therefore, we slightly reduced the positions while tightening the allocation conditions at the same time. Consequently, none of the top teams may be sure to make it to the Top Qualifying. This is guaranteed by the rates we introduced for pros and semi-professional drivers.” A maximum of 40 percent of the aforementioned groups, the professional (PRO teams) and semi-professional racers (Pro-AM teams) can secure TQ2 positions or – in other words – the qualification for the final individual time trials in the NLS rounds right away. Furthermore, the regulation makers introduced that only NLS results secured in dry conditions are valid for the Q2 position allocation. TQ2 achievements that weren’t allocated due to rain or aborted NLS rounds will be secured in the three 24h-Race qualifying sessions. And all the other SP9, SP9-LG, SP-Pro and SP-X teams will battle for positions still available in TQ1.

Clearly less vehicles to contest the final battle for the pole

Compared to 2019 Top Qualifying, the TQ2 positions have been clearly reduced. Instead last year’s 28 competitors, the organisers expect less than 20 qualified cars, this year. ”It goes without saying that announcing a precise number won’t be possible before we know – thanks to the entry list – how many Pro and PRO-AM teams will participate,” admits Hornung. “On the one hand, this move spices up the race action in the run-up to the 24h classic and on the other, it also makes the 24h weekend more exciting. After all, those who failed to secure a TQ2 position in the NLS rounds have to fight even harder in TQ1. This new format is a further step on the way to forcing the teams’ to reveal their real competitiveness as early as possible. “With the limited number of TQ2 positions we want to force the competitors to use their full potential from the beginning of the season.”

Just like in recent years, the coveted TQ2 positions are allocated according to the theoretically fastest lap times achieved in the NLS rounds held in the run-up to the 24h Race as well as in the three qualifying session on the 24-Race weekend. To generate these theoretical times, the fastest split times set in every sector are added to achieve the theoretically fastest lap times. In the NLS races, however, the five fastest split times must have been set in a stint of at least six laps. The results of the NLS rounds are used in reverse order. At first, the times set in the fifth round, that has been held only short before the 24h Race, will be rated. Afterwards, the theoretical times set in the previous NLS rounds will be rated step by step until the 40-percent mark has been achieved. Only if positions still are available at the end of this procedure, these positions are allocated according to 24h-Race qualifying sessions. Meanwhile, the course of the individual time trial hasn’t been changed. Following an information lap, the drivers may complete two flying laps to set their fastest lap time. Then, the starting grid for the ADAC TOTAL 24h Race will be formed according to the result of TQ2. Behind the teams of this group, the TQ1 competitors will take their positions on the grid, followed by all the other vehicles, according to the results they secured in the three qualifying sessions of the weekend.