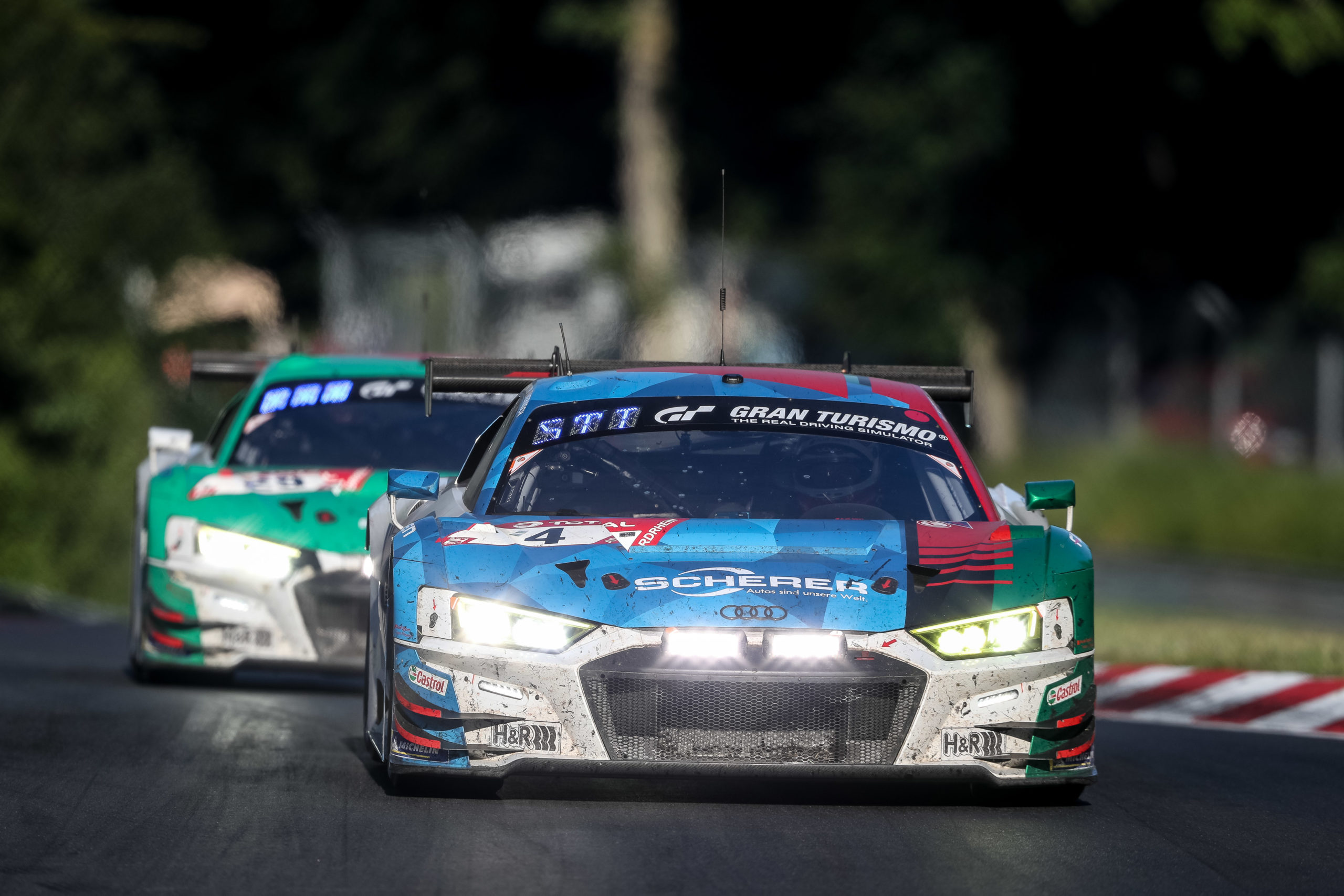 Tomorrow, on Thursday, the waiting finally will be over. On 12:30 the field will go out in the first qualifying session for the 2020 ADAC TOTAL 24h Race, the highlight of the motor-racing season at the Nordschleife. More than 30 top teams and a total of about 100 cars are going to contest the endurance-racing classic, among them works squads and renowned customer teams of Audi, BMW, Mercedes-AMG, Porsche and Hyundai. In addition, the grid features further super sports cars of Ferrari ad Lamborghini as well as the spectacular self-constructed of the Scuderia Cameron Glickenhaus. Behind the wheels: Many of the best endurance racers, with the Corona situation even spicing up the situation. As some suspected cases occurred in the environment of Porsche’s Le Mans team, several drivers had to cancel their participation to be on the safe site and therefore, others were nominated subsequently. One of them is 24h-Race record winner Timo Bernhard (Germany), who will contest the race in a Porsche 911 entered by Team KCMG. Those who would love to witness the famous event at the Nordschleife on site even can secure their tickets at short notice in the World Wide Web: the tickets from €15 (day ticket Sunday) to €52 (weekend ticket, Friday to Sunday) can be booked at the Nürburgring ticketing system at www.nuerburgring.de/24h.

On Thursday morning (from 08:00hrs), the ‘Rundstrecken Challenge Nürburgring’ (RCN) cars will be the first to go out on the Nordschleife for their performance test held within the framework of the 24h Race. Simultaneously, the ADAC Formula 4 drivers that will contest their championship rounds on Friday and Saturday on the GP circuit will kick off their race weekend with first practice sessions. Also part of the programme: the two rounds of the FIA World Touring Car Cup (FIA WTCR), the highest touring-car championship approved by the World Motor Racing Association. These race will be contested on Friday afternoon (16:40hrs local time) and Saturday morning (10:00hrs), thus representing the exciting first race highlight of two thrilling ADAC TOTAL 24h Race days. On Friday, the 24h-Race teams will battle it out in the individual time trial sessions Top Qualifying one and two for the pole and the positions at the front end of the grid. And on Saturday at 15:30 CEST, they will start into the race to try and secure the most coveted trophy of the year: the 24h-Race winners’ trophy that will be awarded on Sunday afternoon.

On site, FTA TV or video stream: the fans won’t miss a second of the race action

About a week prior to the 24h Race, the responsible authorities switched the lights to green for spectators at the Nürburgring. Since then, the ticket sales for the endurance-racing classic – that will be held subjected to a strict health and hygiene concept, this year – have been running. From start / finish to the Müllenbachschleife you can purchase personalised tickets while the spectator areas around the legendary Green Hell unfortunately had to be closed, this year. This means that both the necessary distance on the stands and the enjoyment while witnessing the race action will be guaranteed. Tickets only can be purchased via the advance booking system at the Nürburgring website (www.nuerburgring.de/24h). But even all those who can’t make it to ‘The Ring’, this year, needn’t to make do without their dose of Nordschleife thrill: the German FTA –TV station NITRO is going to cover the race action at the Nürburgring extensively: on Friday evening they will bring a two-hour highlight show, featuring the two Top Qualifying and the practice sessions. On Saturday, the channel that represents a part of the RTL-station family will begin its programme at 14:45hrs CEST with preliminary reports, to then cover the race from 15:30hrs on Saturday throughout the following 24 hours until the presentation ceremony on Sunday afternoon is over. Furthermore, all the 24h-Race sessions and the major part of the support programme can be followed via the live stream. At the official website, 24h-rennen.de/live, the fans will have the free choice of spectacular video channels as well as the live timing and the extensive race ticker: the perfect information centre for a long 24h-Race night packed with action, excitement and world-class motor racing.