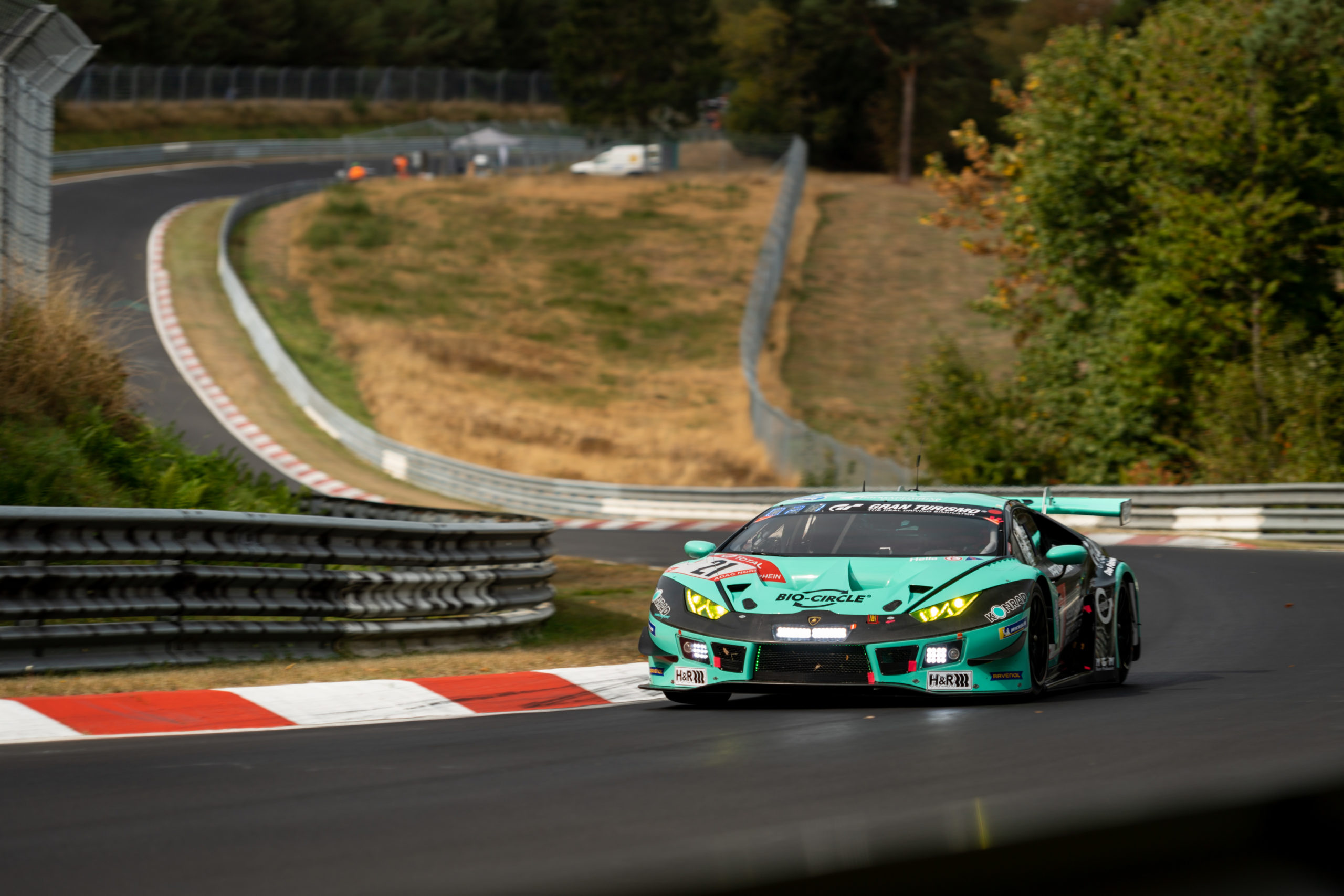 The hunt for the fastest lap times at noon was followed by the first clash in the dark. In the first night session of the event held on the last September weekend, the drivers had to make do without the countless campfires of the fans around the Nordschleife that proved to be an important feature of the event for many years. Consequently, the Nordschleife proved to be the ‘Dark Hell’, this year. And as the unfamiliar visibility conditions were joined by drizzle, in the second half of the second qualifying session for the 48th ADAC TOTAL 24h Race, several accidents occurred and 39 minutes prior to the regular end of the session it had to be aborted due to a crash. The repair of the damaged crash barriers would have taken too much time. So, Konrad Motorsport could be delighted with the fastest lap time set by the Lamborghini Huracan GT3 Evo #21. The 8:11.428 minute lap of Jeffries / Mapelli / di Martino / Perera set in session one couldn’t be beaten in session two.

The order behind the Lamborghini also didn’t change and so, four different brands secured the top-four positions on the time sheets. The Phoenix-Audi #5 finished second, followed by the HRT-Mercedes AMG #4 and the KCMG-Porsche #18 that is raced – inter alia – by record winner Timo Bernhardt who was reactivated at short notice.

“This practice session is a foretaste of what we will have to cope with in the race,” said three-time overall winner Markus Winkelhock (Audi), thus describing the difficult and unfamiliar dark conditions all the drivers will have to accustom to. “It’s totally different out there. Usually the fans with their bonfires or barbecues framed the Nordschleife but this year there is just nobody.”

“It’s not too easy to find your brake and steering spots, in these conditions,” added the winner of last year’s edition, Dries Vanthoor that finished fifth in the Audi #1 that also is entered by Phoenix.

Due to the health and hygiene measures made necessary by the Covid 19 pandemic it will be the first 24h Race without spectators being allow to witness the Nordschleife action live on site. None the less, fans will have the opportunity to watch the race from grand stands at the GP circuit. Tickets for all the days still can be booked via the Nürburgring ticketing system at www.nuerburgring.de/24h. And at home you can follow the race vial live stream, live ticker and live timing at www.24h-rennen.de/live.