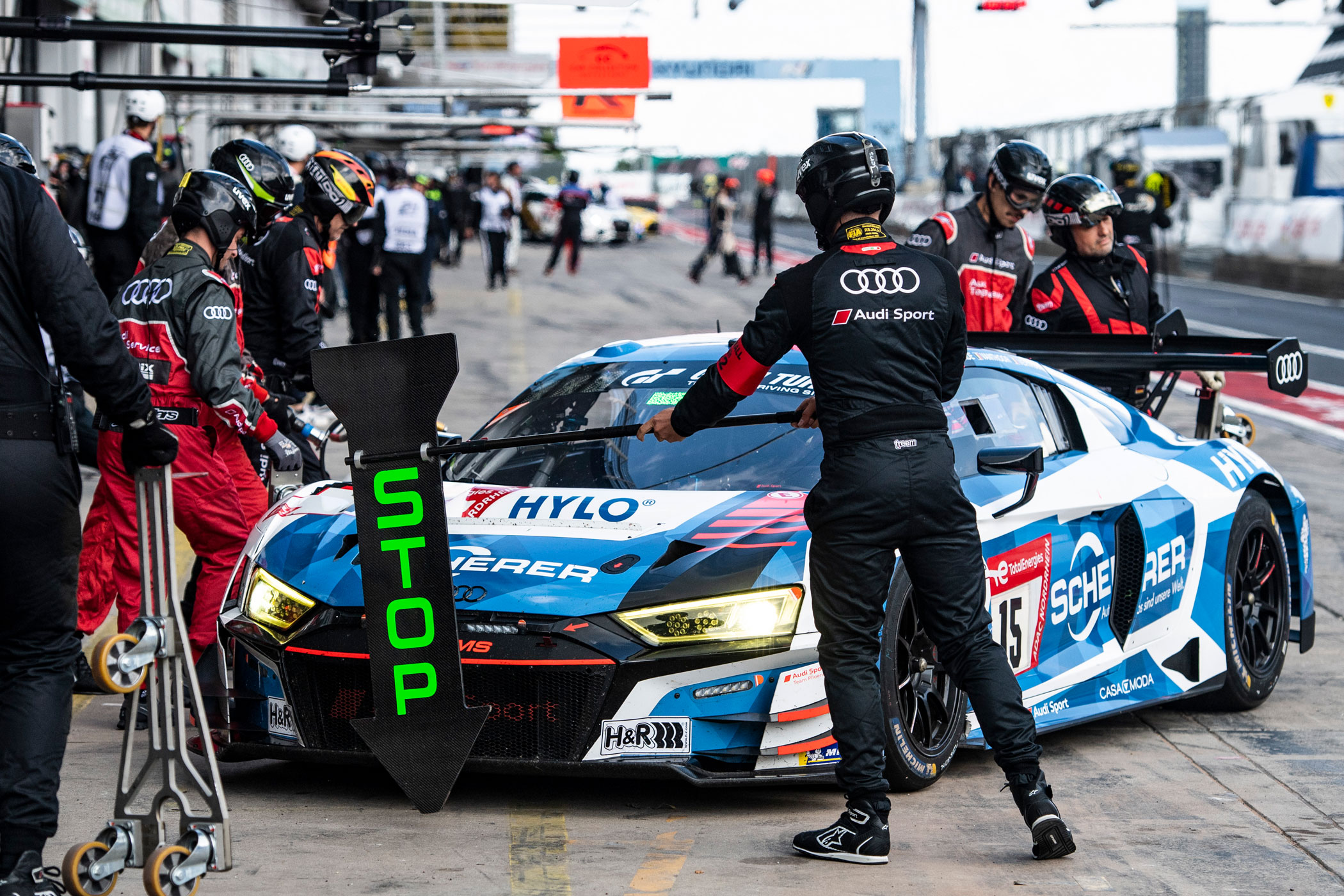 After the end of the race, the stewards of the 50th ADAC TotalEnergies 24h Nürburgring have imposed a time penalty on the winning team #15 Audi Sport Team Phoenix. A 32-second penalty will be added to the overall driving time. In addition, the team has to pay a fine of 5,000 Euros. Since the lead over the second-placed #3 Mercedes-AMG Team GetSpeed was 55.276 seconds, the time penalty has no influence on the positions in the race. The Audi R8 LMS GT3 evo II remains ahead of the two Mercedes-AMG GT3s. The Phoenix-Audi had temporarily left the engine running during the last pit stop while the car was jacked up. This is not allowed according to the regulations and was penalized accordingly.