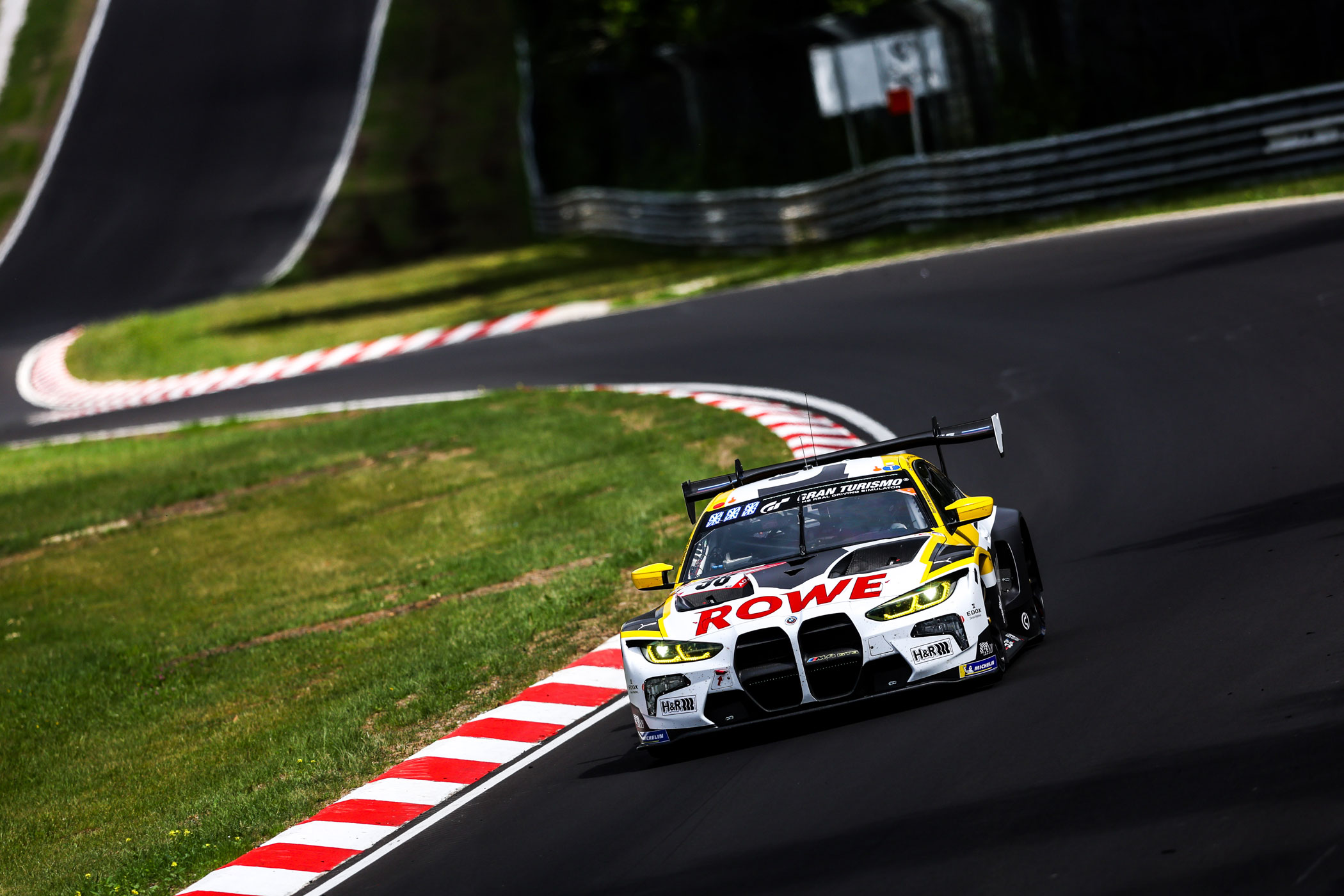 Day one of the ADAC TotalEnergies 24h Nürburgring was dominated by BMW: The provisional fastest practice time on Thursday went to the #98 Rowe BMW, in which American John Edwards set a blistering time of 8:14.771 minutes in Qualifying 1 in the afternoon. When the cars returned in the evening for the three-hour Qualifying 2, nobody was able to beat Edwards’ time. The second-fastest time of 8:15.936 minutes, set by the #102 Walkenhorst BMW, also came in the afternoon. For the Munich-based manufacturer, this was the perfect start to the anniversary week of BMW M GmbH, which was founded 50 years ago.

However, the best of BMW’s rivals were not far behind, suggesting that fans can look forward to an exciting 50th staging of the 24h Nürburgring. Third place went to the #12 Bilstein Mercedes-AMG, followed in fourth by the #22 Car Collection Audi. Behind them in fifth place was the third BMW, run by the Schubert team. The #28 Dinamic Porsche was sixth fastest, ahead of the TF Sport Aston Martin in seventh. The first 14 cars were separated by less than five seconds.

The battle for the starting positions for the ADAC TotalEnergies 24h Nürburgring continues on Friday: At 14:10, the focus will primarily be on the teams in the second and third start groups. The evening qualifying will be all about the grid positions for the cars in Group 1 – and, of course, the prestigious pole position. The first of the two Top Qualifying sessions gets underway at 17:50. Once the die has been cast at 20:00, the programme continues with the Falken Drift Show on the Müllenbachschleife and, at the same time, the pit walk and autograph session for all the teams in the pit lane. Tickets for all days of the event are still available at the ticket offices and spectator zones on the Nordschleife, which are open round the clock. A continuous livestream can be found at www.24h-rennen.de/live and on YouTube. Furthermore, TV partner NITRO will also broadcast Top Qualifying live from the Nürburgring from 18:00.

The Adenauer Racing Day on Wednesday, at which many fans created a festival atmosphere in the racing community at the Nürburgring, triggered the start of the event weekend. This atmosphere continued on day one of the event on Thursday, when Mario Fuchs from Grafschaft won the “Feste Nürburg” time trial in the Rundstrecken Challenge RCN at the wheel of a Mitsubishi Lancer Evo 9. Later, the large crowds around the iconic Nordschleife, and the darkness illuminated by headlights and barbecues, were enough to give one goosebumps – and not just the spectators. “It is so cool to drive in front of fans again,” raved Maro Engel (Mercedes-AMG Team GetSpeed #4). “To do so in front of packed stands again for the first time for two years is really special. It is simply fantastic what goes on, and you can really feel the support. Thank you to the fans for everything. I am thrilled that they are finally back again.” His sentiments were backed up by many other drivers, including Markus Winkelhock (Scherer Sport Team Phoenix #16): “Every driver will probably agree that it is great to finally have fans back at the circuit. The atmosphere around the Nordschleife resonates with you subconsciously on every lap.” Anyone wishing to enjoy this atmosphere live is still more than welcome at the Nürburgring. Although individual campsites are now full, last-minute campers will still find space around the circuit.