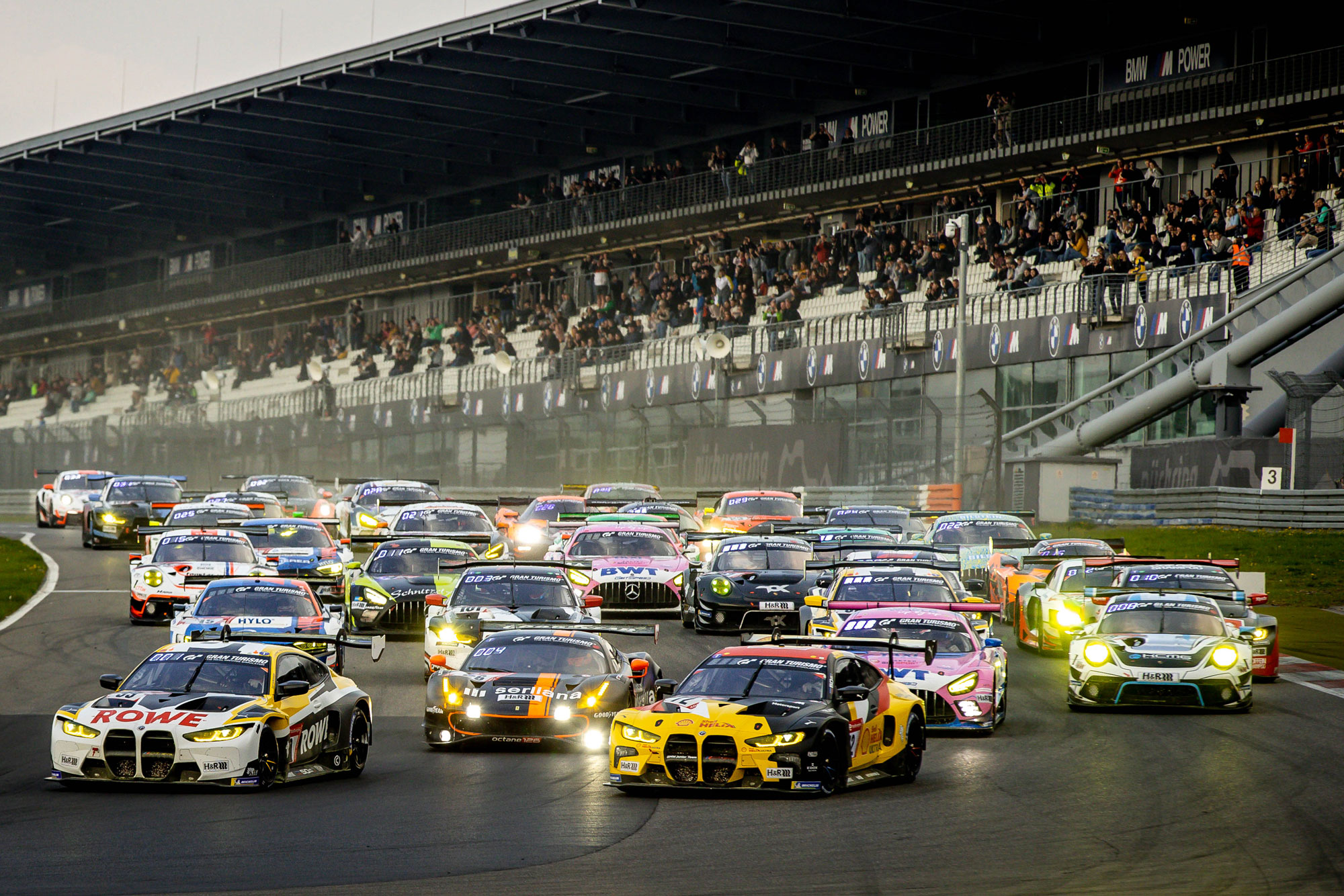 Everything is ready for the big anniversary party: the arrival of the fans for the ADAC TotalEnergies 24h Nürburgring from 26 to 29 May is in full swing. Since Monday morning (23 May), the on-demand campsites around the 25.378 km circuit have been open, and with that, the spectators are finally returning to the legendary “Green Hell” after a two-year break. They, as well as teams, drivers and organisers, are looking forward to the longest night of the year on the world’s longest race track, into which 137 cars will start at 16:00 on Saturday (28 May). In this 50th edition of the endurance classic, 36 of them will be competing in the potentially overall winning classes (GT3/SP9 and SP-X), including a prominent line-up of top teams with works drivers from Audi, BWM, Mercedes-AMG and Porsche. The second highlight of the weekend will be the two races of the FIA Touring Car World Cup WTCR (Saturday, 10:00 and 12:35), the highest international touring car series. In the rest of the weekend’s programme, races of historic racing cars (ADAC 24h-Classic and Touring Car Legends) will also provide excitement, as will the RCN performance test, which will open the sporting programme on Thursday morning. BMW will contribute a special treat with the BMW M Race of Legends, in which world-famous ex-racing drivers will duel it out on the occasion of the 50th anniversary of the brand’s sporting offshoot (start: Saturday 14:00). The race will be broadcast in full by free-TV partner NITRO. For those who want to be there live, tickets for the race of superlatives are available on all event days at the open daytime box offices of the Nürburgring. The official homepage of the 24h Nürburgring provides news, results, photo galleries and the extensive livestreaming including timing and ticker; it can be found at www.24h-rennen.de.

Before the defending champions from Manthey Racing (Porsche 911 GT3 R) and their pursuers start the anniversary edition, fans can look forward to a huge programme that already begins on Wednesday (25 May) from 16:00: At the Adenauer Racing Day, fans, drivers and officials meet on the market square in the centre of the Eifel racing town to get in the mood for the coming days. From Thursday onwards, the practice sessions and qualifying sessions continue – the highlight is the second 24h qualifying session, which lasts until 11:30 pm. On Friday, the first races are scheduled, before the top qualifying for the 24h Nürburgring starts at 17:50, where the distribution of grid positions at the front of the field will be decided. The day will be rounded off with the Falken Drift Show (from 20:00, Müllenbachschleife) and the parallel Pitwalk (pit lane, paddock) with a large autograph session. There will then be a full programme on Saturday, when it will be blow after blow before the 24h start. Not only touring car legends, the two rounds of the FIA WTCR as well as the BWM M Race of Legends will shorten the waiting time in an extremely entertaining way. In between, there will be car parades on the track and the stunt riding show of Red Bull’s Aras Gibieza. Of course, there are also countless attractions waiting to be discovered. For example, the paddock with the Ravenol Ferris wheel, which will do its rounds free of charge for all visitors on the occasion of the anniversary. Or the ring°boulevard, where – also for the anniversary – an exhibition of former 24h participant cars will be the central eye-catcher. A whole range of activities, attractions and autograph sessions round off the programme. A look at the detailed fan schedule on the 24h homepage (www.24h-rennen.de) is worthwhile for all those who don’t want to miss anything.

In four races held as part of the Nürburgring Endurance Series (NLS) and at the ADAC 24h Qualifiers, the most important 24h protagonists have already crossed blades in the run-up. The result afterwards: The balance of power is once again extremely balanced this year, with the BWM teams establishing themselves as slight favourites with two victories and consistently very good performances. Extremely strong: The 24h winning team of 2020, Rowe Racing, as well as the BMW Junior Team. For the latter, driver Max Hesse (Wernau) is looking ahead: “At the 24h race, all the manufacturers will be on a par, I’m sure of that. We have shown everything that the BMW M4 GT3 has to offer in preparation for the race. And the BMW group has shown quite a bit, but the defending champions from Manthey Racing have also been right at the top of the podium in 2022. Their Porsche 911 GT3 R crossed the finish line in first position at the NLS season opener. With a victory by Mercedes-AMG Team GetSpeed, Mercedes-AMG also announced its ambitions at Sunday’s race of the ADAC 24h Qualifiers. GetSpeed driver Maximilian Götz (Uffenheim) now predicts a hot dance for fractions of a second: “At the 24h Qualifiers, we saw how close things are: a one second time difference in qualifying can make up ten places – every detail counts. Pit stops, procedures, strategy. Everything has to be right.” Audi drivers have also been on the podium several times in 2022, most recently in the Sunday race of the 24h Qualifiers in the form of the Car Collection team. Afterwards, driver Christopher Mies (Erkrath) was thrilled with the new evo II version of the Audi R8 LMS GT3: “The car ran as well as it ever has. It was very quiet and that is very important for the 24h race.” And team-mate Patric Niederhauser (Switzerland) reports: “We are already ready for the big race” – a conclusion that is probably shared by all the teams. This also includes the supposed exotics in the leading group, who provide more than a splash of colour with makes such as Ferrari and Lamborghini. On the contrary, they have also been very successful in the Nordschleife races so far. Who will take the Nordschleife crown this year is therefore a completely open question that will be clarified in the course of this week.