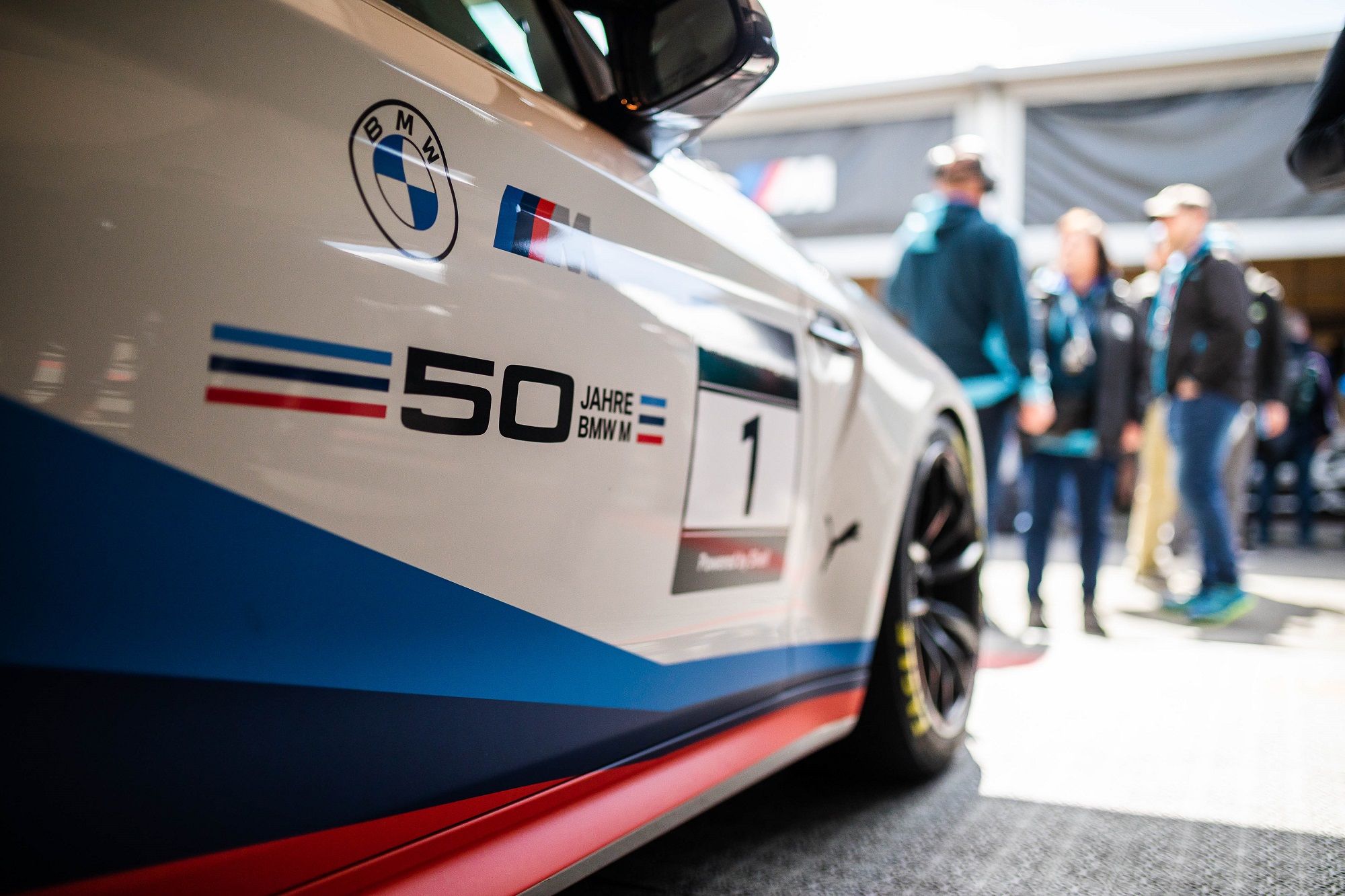 “I came to Munich on 1st May 1972,” says Jochen Neerpasch, founder of what was at the time BMW Motorsport GmbH. “The entry in the commercial register followed as soon as 24th May 1972. Back then, we had five employees.” Neerpasch is a guest at the Nürburgring this week, where he is celebrating the 50th anniversary of what is now BMW M GmbH, after the official birthday celebration took place on Tuesday (24th May) in Munich.

“That was a really emotional moment. I stood on the stage with today’s boss, Franciscus van Meel, and had goosebumps. All of a sudden there were 900 people there applauding. Today, I am really proud of what we have achieved. And that we have made so many people happy. That is a really great feeling,” says the 83-year-old motorsport manager, slightly misty-eyed. He is attending the “BMW M Race of Legends”, which features on the support programme for the 24-hour race at the Nürburgring.

The 365-hp BMW M2 CS Racings will pay homage to the racing history of BMW M GmbH with an iconic BMW M livery. However, they will be distinguishable by certain features, which will make it possible to identify the drivers.

“50 is a very special birthday – particularly when you can look back on such a great history,” says Franciscus van Meel. “It is nice to see where the BMW M brand is today. What started with five employees now thrills millions of fans all over the world.

And everything has come together nicely this weekend: 50 years of BMW, 50 editions of the 24h Nürburgring, our BMW M Race of Legends, and then the seven BMW M4 GT3 in the field for the big race. That is very special, and a fantastic combination.”

As part of its 50th birthday celebrations, BMW will show the motorsport film “Adrenalin – The BMW Touring Car Story” at the Ring cinema at 20:00 every day this weekend. “The film was made to mark the 100th anniversary of the BMW Group. It pays homage to the company’s history in touring cars and is one of the best motor racing films,” says Marc Thiesbuerger, spokesperson for BMW Group Classic.