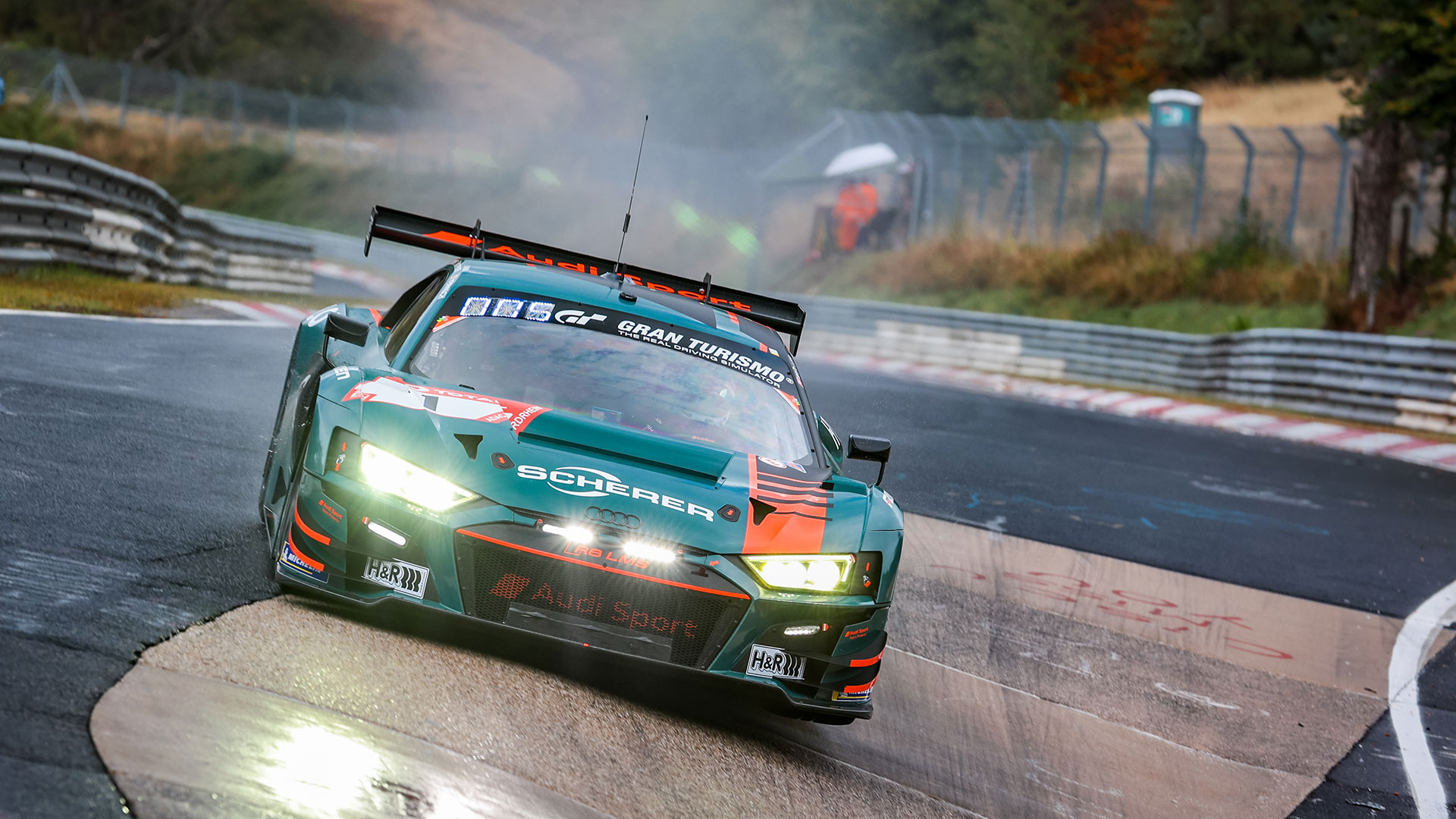 The third and final qualifying session for the 48th ADAC TOTAL 24h Race offered the teams the opportunity to once again test in wet conditions. Due to the weather, the lap times were far slower than the ones set in Q1 on Thursday and only five teams succeeded in setting times below 9:40 minutes. Also back in action were the cars of Falken Motorsport and HRT that were damaged in accidents in Q2 on Thursday evening. Following Q2, the Race Control issued several penalties that will make an impact on the starting grid.

Robin Frijns won’t be able to contest the race. The Dutchman caught flu but his Covid 19 test was negative. This means that the line-up racing the Audi R8 will comprise just three drivers.

Sebastian Asch: “It’s great that our car is decorated with the 10th Anniversary Mercedes AMG Customer Racing logo. We currently are still working on sorting out the track. Having qualified ninth doesn’t sound too bad but is goes without saying that there still are areas we want to improve in. And it was imported that we completed several laps in the wet.”

Mathieu Jaminet: “Completing a few laps in the wet was good.  Bit we seem to struggler with to the same problems as yesterday. We are losing performance. I absolutely can’t say what I expect for the qualifying and the race. If we won’t succeed in solving the problem we definitely won’t be able to become a factor in the battle for the win. The cars handling differs from lefthanders to right-handles. In righthanders we tend to lose the rear as it is far too nervous while the car handles as it should in lefthanders. Coping with this behaviour is anything but easy for a driver. We changed virtually every part of the car but the problem is still there.”

Team manager Sebastian Stadler: “The damage wasn’t as massive as we had feared at first as the crash occurred in a fast section, at the Fuchsröhre, not far from the Adenauer Forst. Peter Dumbreck lost the car on oil on the track and hit the crash barriers with both the front and the rear.  Fortunately only body parts were damaged and we had the car fully repaired at 05:00hrs. Peter Dumbrek now has gone out in Q3 to check if the important features of the car are working. Afterwards we will keep on working on the car to be prepared for the Top Qualifying.”

14:08hrs: Accident in the Hatzenbach area

Penalties and decision of the Race Control following Q2:

Fastest qualifying lap disallowed for having crossed the white line at the pit-lane exit.

Speeding in a Code.60 zone – start into the race at the end of the starting group

Fastest qualifying lap disallowed for having crossed the white line at the pit-lane exit.