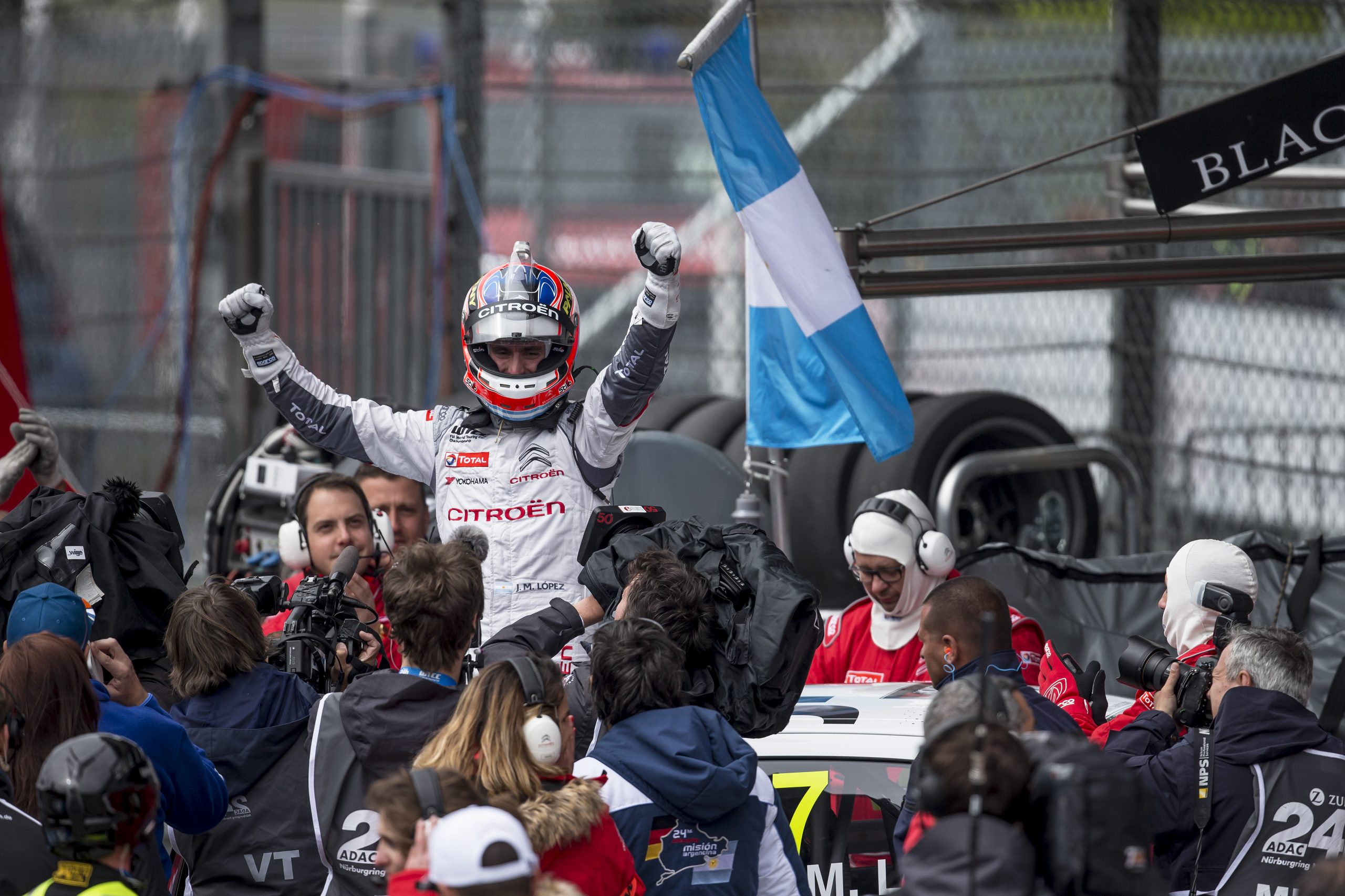 Pleasant anticipation, motivation, reverence – and loads of respect: These are the feelings the tin-top racing aces travel to the Nürburgring Nordschleife with. On Saturday, 28th May, their two races held together with the European Touring Car Cup, ETCC, do not only represent one of the highlights of the 24h-race weekend but for many WTCC drivers, the races in the Green Hell also are their season highlight. Please find below the statements of some ofthe WTCC drivers on the two three-lap races at the longest racetrack of the world.
José María López (Citroën Total WTCC): “It was the most amazing race of the year last year and I’m really looking forward to going back. Everything is special about this track, it’s 25 kilometres, it’s called the Green Hell, it’s different from anything you have experienced before. Last year was my first time and I really enjoyed it and to be able to win was something else. It’s something amazing to be flat out on this track. You have jumps, high-speed corners, a long straight, a long lap, it’s amazing. Of course with Fangio winning there and Carlos Reutemann winning there, the track has a strong connection with Argentina, my country, and it’s a very special place for Argentinian people.”
Tiago Monteiro (Castrol Honda World Touring Car Team): “It’s the biggest challenge. It’s definitely the hardest track in the world to learn, to be fast on and to be able to attack. I wanted to race there for ages but I never had the opportunity, so when they announced it I took the opportunity to go and test as much as possible. I went there three or four times and it was just amazing. Like Macau, the Nordschleife is a top challenge and that’s why we race there.”
Nicky Catsburg (LADA Sport Rosneft): “You have so much diversity and as a driver you can really make the difference. To set the comparison with other tracks, Eau Rouge, the fast corner at Spa, is always a challenge and always a corner people speak about but it’s so easy. You go out on your fast lap, you try to take it flat but if it’s not possible you take the run-off and you have found the limit. On the Nordschleife you cannot do that anywhere. If you go off, you are in the wall or the trees even. What makes it even more difficult is that you have so many of these high-speed turns where you really have to take risks. The other thing is you only see those turns once every eight minutes so it’s really difficult to be on the limit immediately. But I just love it, it’s such a cool track. I’m always a big fan of high-speed corners and this track has it all. And the atmosphere with the fans, I always look forward to going there.”
Tom Coronel (ROAL Motorsport): “It’s the best race track on planet earth. It’s the most challenging track, it’s changing all the time. You can never do a lap perfectly. Every lap you have at least 10 times a near narrow escape and I don’t think anybody knows the track 100 per cent because that’s impossible. Whenever somebody asks me if I want to drive the Nürburgring Nordschleife I get an automatic smile on my face which I don’t get with anything else that I can do on planet earth. So you can imagine how far it goes. You have to be scared because if you don’t respect this track then you don’t respect anything on planet earth. This is the most challenging thing a race driver can find. It’s always in your mind that there is something scary but at the same time you feel privileged that you are allowed to drive this track.”
Thed Björk (Polestar Cyan Racing): “It’s the most amazing track in the whole world. It’s absolutely unbelievable and I’m so happy to be racing there in the WTCC. It’s an experience of a lifetime. If you are at least a little bit interested in cars, then you have to drive the track. It’s not scary but you have to be very, very aware of the risks. You need to pick the speed up as you go and try not to overdrive. Many people do mistakes there and it’s a track that can kick you into mistakes. But try to be calm and not go to the limit. It’s easier said than done but you need to have a lot of respect for the track. I know the track. I can write it in my sleep, every corner, every small thing, I love it. It took me a couple of laps to learn it but now I know it inside out.”