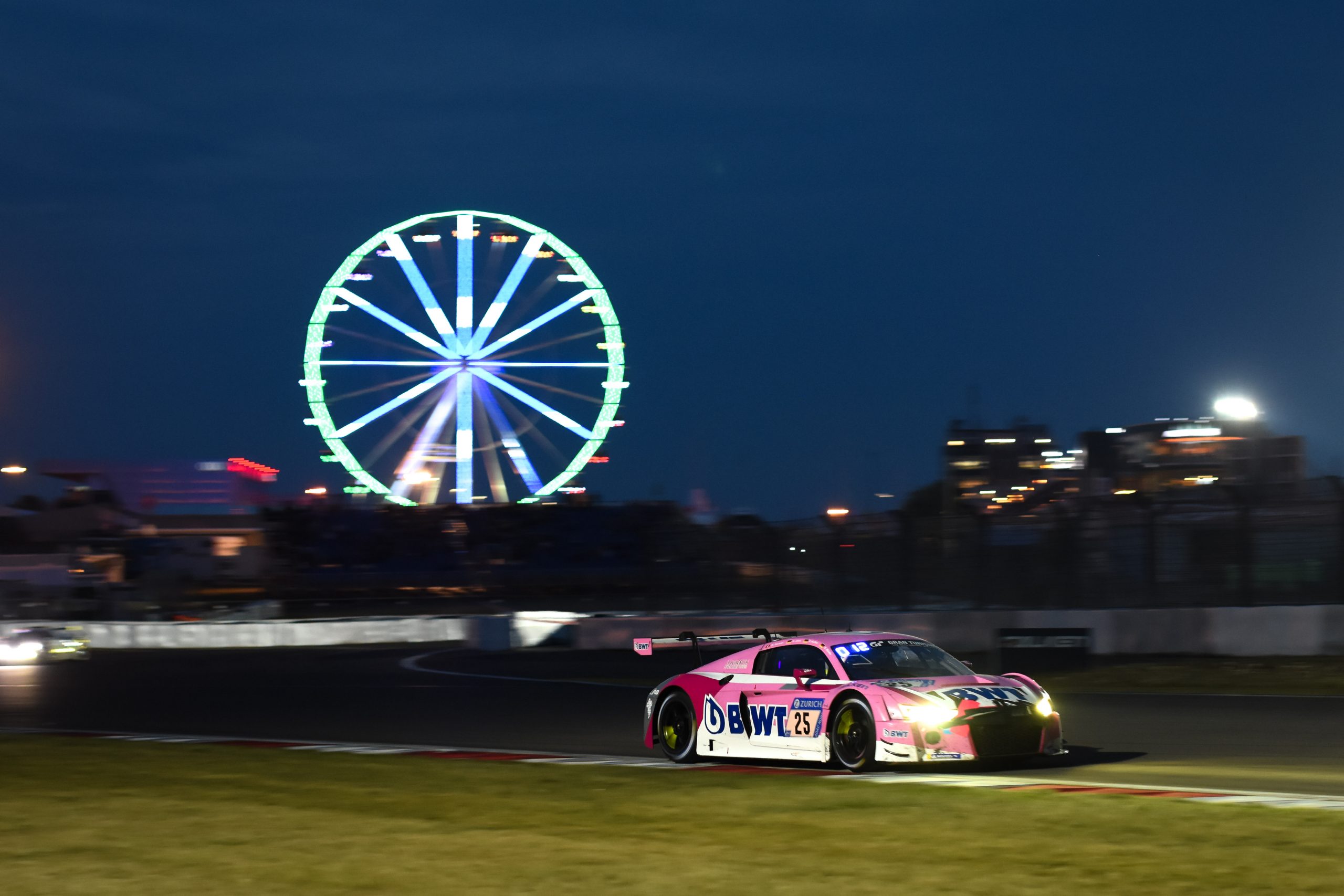 Nine hours of the 46th ADAC Zurich 24h Race are over and 60 laps completed. The fastest 14 cars still are racing on the same lap, with the Manthey Porsche 911 GT3 R #911 still holding the lead, followed by the Black Falcon Mercedes-AMG GT3 #4 and the MANN Filter Mercedes-AMG GT3 #47. Back in the top 10 is the ROWE Racing BMW M6 GT3 #98, while the fastest Audi – representing the Audi Sport Team Phoenix colours – currently holds fifth position.
#7 – Aston Martin Vantage GT3 (Martin,Sorenson ,Thiim,Turner)
22:46hrs Nicky Thiim: “The pulse is lower now as you have accustomed to racing here. There’s far less traffic, now. Driving here in the dark is just incredible. You only see the lights of the other cars and that’s totally cool, while it’s like in a horror movie when you are driving alone.”
#11 – Mercedes-AMG GT3 (Assenheimer,Schmid,Bleekemolen,Marciello)
23:22hrs Raffaele Team Principal Günter Aberer: “Raffaele Marciello hit something and this incident resulted in a broken suspension. Therefore, we had to change it.”
23:56hrs Clemens Schmid: “Apparently our car stopped without propulsion. We don’t know yet if the car also crashed.”
#25 – Audi R8 LMS (Mücke,Jöns,Fässler,Kaffer)
22:32hrs pits and is pushed into the garage. The mechanics tape the front and connect the car with a lap top.
22:53hrs Team Principal Peter Mücke: “We had an electronic problem but were able to solve it. The car had misfire and we couldn’t continue the race like that.”
#911 – Porsche 911 GT3 R (Estre,Dumas,Vanthoor,Bamber)
23:45hrs The Manthey Porsche now has been holding the lead for 20 laps. The lead over the competitors is increased consistently – by several seconds on nearly every lap.