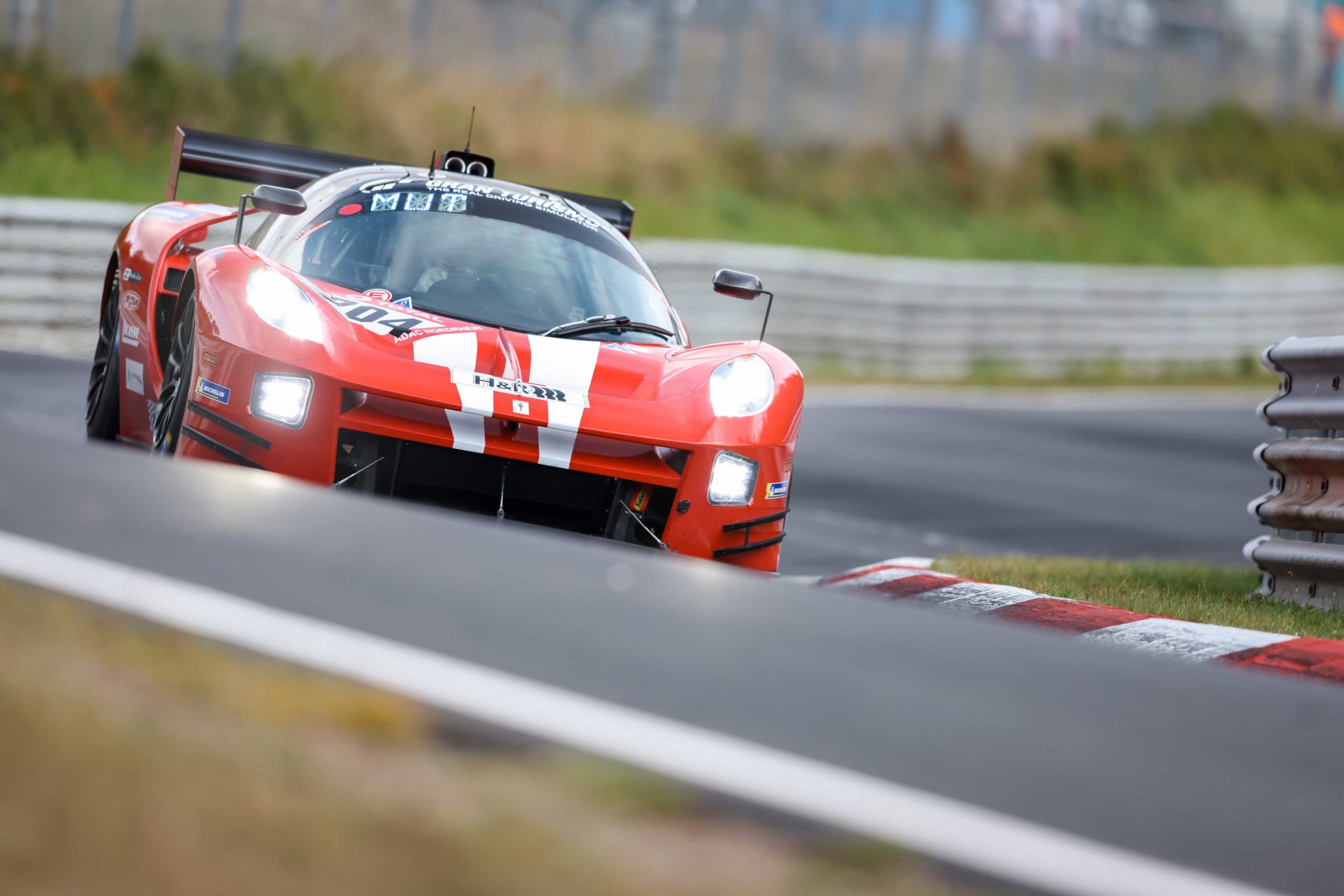 In the second year of the Covid pandemic, conditions for motorsport at the Nürburgring Nordschleife are still difficult and the ADAC TOTAL 24h Race doesn’t remain unaffected either. The season highlight at the world’s longest and most beautiful race track can take place thanks to a huge effort by a range of partners, so that the lights went green at the organising ADAC Nordrhein to get the intense stage of preparation for the race from 3rd to 6th June underway. The ADAC 24h Qualifying Race on 8th and 9th May will also be held as scheduled. In the process, Nürburgring 1927 GmbH & Co KG made an elementary contribution, once again underlining its excellent cooperation with ADAC Nordrhein as the promoter. However, premium car manufacturers Audi, BMW, Mercedes-AMG and Porsche as well as tyre manufacturers Falken, Goodyear and Michelin also contributed to safeguarding the race with considerable contributions. Among the marketing partners, Sporttotal as the rights holder of the 24h Race and Eurosport Events as the promoter of the FIA WTCR have made significant contributions. Scuderia Cameron Glickenhaus made a donation to the fund, too, showing its close connection with the event during which the fastest driver of the season at the Nordschleife is presented with the ‘Glickenhaus Award’ as a challenge cup every year.

Planning for ADAC TOTAL 24h Race again turns out to be complicated this year. “Of course, we had hoped that we would have overcome Covid by June 2021 and that we could more or less stage the 24h Race in its old splendour,” as race director Walter Hornung explains. But he has come to the conclusion: “Now, reality is different after all and the race will be an even bigger effort for us than last year.” Based on the situation of the pandemic, it can’t be foreseen whether, and if so, how many, spectators can be admitted. Hornung: “Obviously, that is affecting us in multiple ways. Firstly, we are clearly lacking the revenues as an important element of our budget. Secondly, it goes without saying that our fans contribute to the unparalleled atmosphere during the 24h Race, and that is something we missed very much last year already.” Nevertheless, those in charge at ADAC Nordrhein are well aware that the event is important for many people, in some cases even vital. “For many teams, suppliers and also at the circuit, jobs depend on the 24h Race,” Hornung says. “Therefore, we really have pulled out all the stops to safeguard the running.” At an early stage, it already became clear that a date change for the 24h Race as a seemingly logical alternative was no option. In the 2021 season, August and September are already packed with event, so that date clashes with other events and series would have been unavoidable. As a result, staging the event on its original date in June could be safeguarded eventually tanks to the strong partners and the necessary support. “On behalf of ADAC Nordrhein, we express our sincere thanks once more,” the race director says. “And now, we are massively looking forward to staging the best possible 24h Race in these conditions.”

Tickets to be reimbursed

Now, the question whether and if so how many spectators can be admitted to the 24h Race, remains as one of the biggest uncertain factors. In the current situation, an event without spectators looms, “but of course, we will facilitate whatever we can,” as race director Walter Hornung promises. Last year already, grandstands could be opened for a limited number of fans more or less at the last minute. As it still can’t be foreseen whether the usual level of attractions and services will be possible this year, the organisers have now decided to reimburse all the tickets purchased last year. Hornung: “Ticket sales for 2021 deliberately hasn’t started. In the upcoming days, we will create the possibility for tickets already acquired last year to be reimbursed.” Further information will be published on the official homepage www.24h-rennen.de shortly. To ensure that nothing of the action throughout the race has t be missed, comprehensive live coverage has been planned for 2021 as well, bringing the race directly to the fans at home on free-to-air TV, live stream and digital services.

A wave of solidarity with the 24h Race

Following media reports about a possibly looming cancellation, the organisers of the ADAC TOTAL 24h Race faced a wave of solidarity. Among others, track marshals offered their services without any expense allowance and fans wanted to start crowd-funding projects. “We are overwhelmed by this echo,” race director Walter Hornung delights. “This shows that many, many people care about this event. For us as the organisers, that is a great incentive.” Now, hopes are also for the pandemic finally to be overcome in the course of the summer. “Because in 2022, we then want to celebrate the 50th 24h Race as a big comeback party, of course with the fans and the special atmosphere that is making this weekend to Germany’s most beautiful and biggest motorsport festival,” Hornung says.