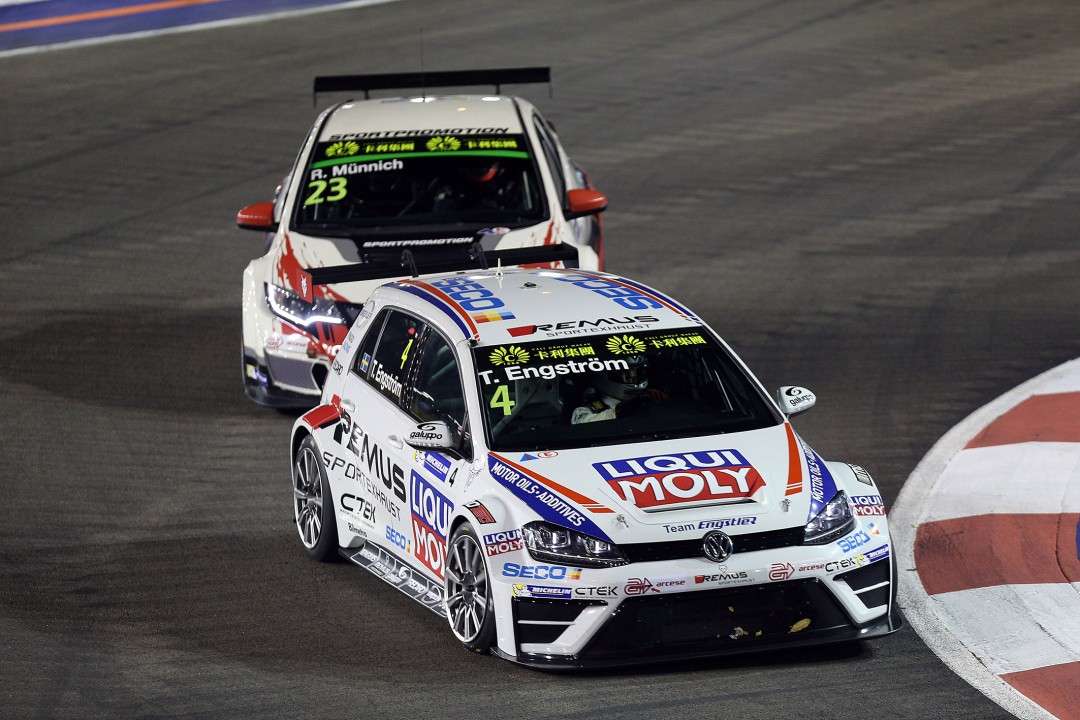 From 2016, ADAC Nordrhein is going to announce an extra category for the new TCR touring cars for the ADAC Zurich 24h-Race (26th to 29th May) and the 24h qualifying race (16th to 17th April). This new category will be contested with racing cars that are ideal for both professional teams and weekend racers: inexpensive, rugged 320bhp cars that guarantee exciting motor racing for those involved and the fans. With this move, the organisers of the Nordschleife highlight open the grid for teams from all over the world. After all, there are numerous national and regional TCR series’ about to follow the path paved this year by the international series held according to the TCR regulations.
Marcello Lotti, CEO of WSC, the promoter company of TCR International Series, says: „It is with great satisfaction that we welcome ADAC Nordrhein’s decision to introduce a new category for the TCR cars in the ADAC Zurich 24h-Race. The simple fact that a race that is universally praised for its tradition and fascination, and which takes place on one of the most celebrated and demanding racetracks in the world, is opening the door to a brand new category is a tremendous recognition of the soundness of the TCR concept. In their maiden season, TCR cars have already proved the perfect combination of providing close and exciting sprint races with reasonable running costs. Their participation in the ADAC Zurich 24h-Race will prove that they are both reliable and have the performance to appear in long distance races as well.“
By announcing the TCR category for the 24h Race, ADAC Nordrhein abides by a long-term tradition: “We always were open for new categories and concepts,” underlines Race Director Walter Hornung, “No matter if the diesel vehicles in the 1990s or the alternative-drive concepts in the following years. In the 24h race, they all found a platform where they could test, prove and – last but not least – present themselves.” A few years later, this applied to the category that features the win contenders, today. “A short time after their definition as a category by the FIA, the GT3 cars already were allowed to also compete in the 24h race.” And now, in 2016, the year after the TCR vehicles contested their debut season in an international series, they also will be offered the chance of contesting the ADAC Zurich 24h Race. The big interest of teams and drivers in the new category doesn’t come by chance: with their price of less than €100,000, the turbo-charged 2-litre touring cars are comparatively inexpensive and very attractive, nevertheless. In addition, there is a broad range of cars available. The 2015 starting grids of the newly created International Series features the Honda Civic, Ford Focus ST, Opel Astra OPC, Seat León, Subaru STi and VW Golf. And according to the plans, they all may contest the 2016 ADAC Zurich 24h Race without any additional redesigns being necessary.
September, 23rd 2015