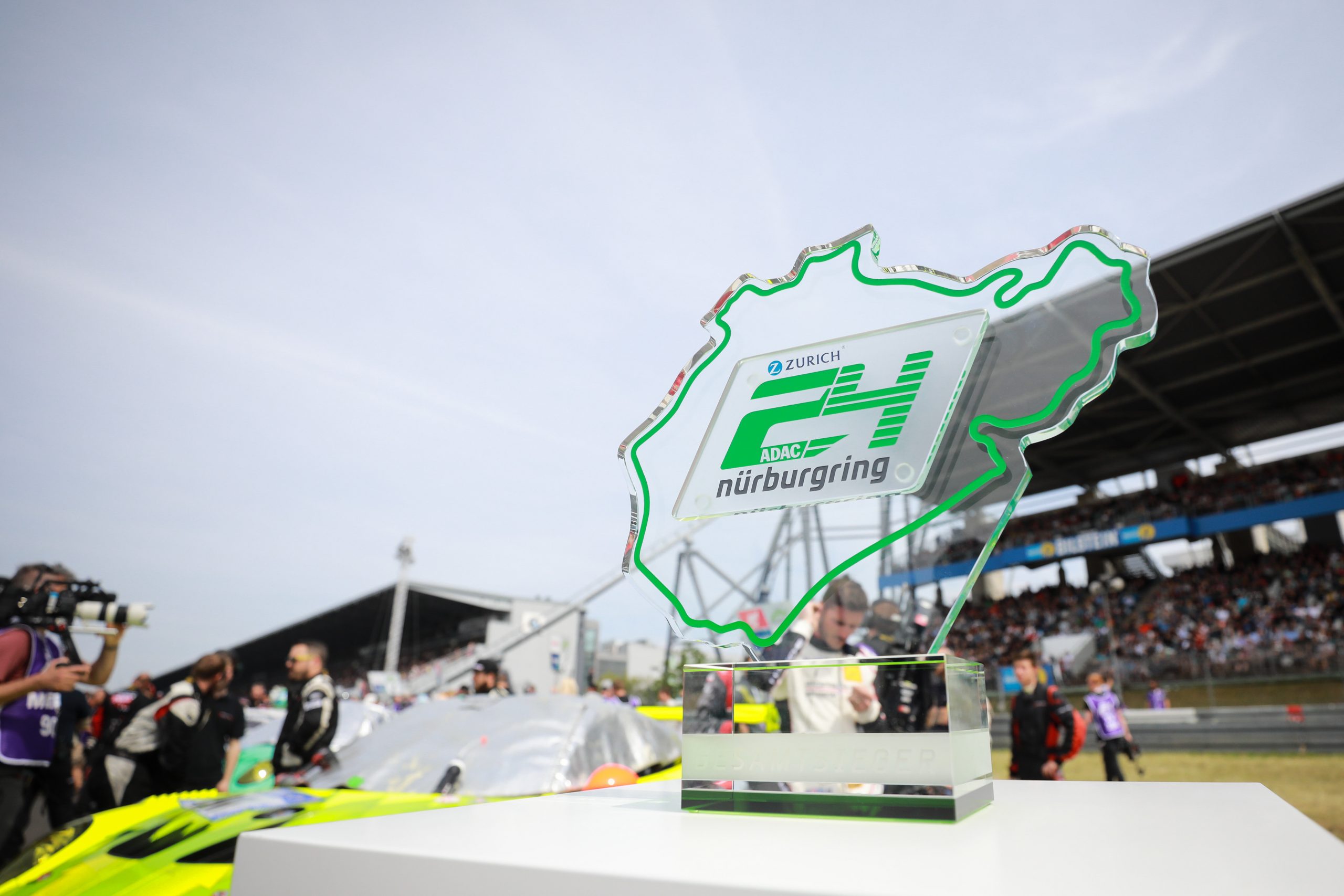 This weekend, the ADAC TOTAL 24h Race that is regarded as ‘The biggest and greatest race in the world’, will be attended by some 200,000 spectators that will be witnessing the race action from all around the 25.378-kilometre combination of Nürburgring Nordschleife and GP circuit.
160 vehicles alone will contest the feature race of the weekend. These cars will be raced by more than 600 drivers, from world-class racers to amateurs. Meanwhile, the bandwidth of car categories ranges from brawny GT3 vehicles to close-to-production touring cars.
More than 2000 persons are working for the organisers to make for a flawless course of the action.
The BMWs (M6 GT3) and Porsches (911 GT3-R) are regarded as the top favourites, this year, with the squads relying on Audi (R8 LMS) and Mercedes-AMG vehicles being their toughest rivals. Other teams in the top categories will contest the race with Ferrari, Lamborghini, Lexus and Nissan GT3 racers. And Glickenhaus will add to the excitement with their exotic SCG0003. Furthermore, Toyota / Lexus, Subaru, Honda and Hyundai also will travel to the Eifel with works squads to try to secure class wins.
Meanwhile, the Touring Car World Cup (FIA-WTCR) is going to hold the fifth of its 10 race meetings, this weekend and so, one of the drivers will leave the Eifel as half-time champion. Prior to the three races at the Nürburgring Nordschleife, the German Honda team All-inkl.com Münnich Motorsport hold the lead in the team standings, with their driver Esteban Guerrieri (ARG) being the leader in the drivers’ championship. The motor-racing support programme also comprises the ADAC 24h-Classic, the Audi Sport Seyffarth R8 LMS Cup and the RCN.
The German FTA-TV partner NITRO covers the race from the lights to the flag. An extensive live stream can be accessed via the social-media channels and the event website.
Also extensive: the support programme aloof from the track: for the first time, a charity football tournament will be held in the ring°arena and the Adenauer Racing Day represents the kick-off of the weekend as early as Wednesday afternoon. On Thursday, the Fan Mile (ring°boulevard) will be the venue of the official autographing session and on Friday evening the crowds at the Müllenbachschleife will be thrilled by the Falken Drift-Show.
Throughout the weekend, the fans will be entertained by numerous activities at the ring°boulevard (Fan Mile), the historic paddock (Fan Arena) and the GP paddock (inter alia Ferris wheel, Audi Sport Campus und Mercedes-AMG Fan Zone).