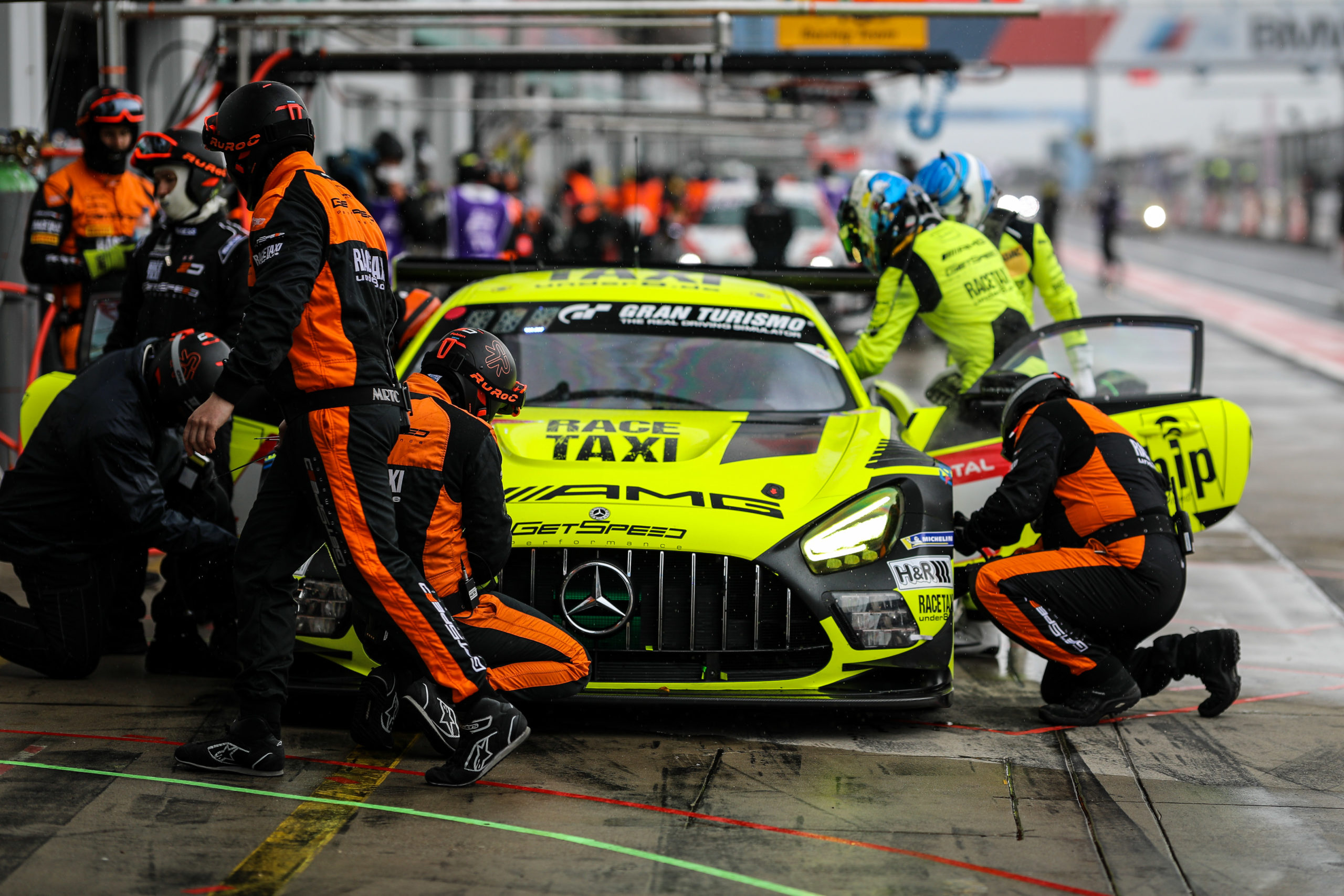 No changes at the top with three hours contested. The GetSpeed Mercedes AMG GT3 #9 still holds the lead, followed by the Mercedes-AMG Team HRT #4.  The car in third position, however, is new: the Audi R8 LMS GT3 #1 raced by Müller, Verwisch, Stippler and Vanthoor. Meanwhile, the Konrad Motorsport Lamborghini Huracan that held this position for a long time stopped at the Nordschleife because of technical problems. Close behind the top 20: the new SCG 004c of the Scuderia Glickenhaus, the fastest of the non GT3 vehicles.  Many spinning cars and unfortunately the first accidents caused a lot of yellow flags and a bigger Code 60 zone.

The Getspeed crew tried early to change the gearbox of the car – but in vain. So, the squad around Team Principal  Adam Osieka was forced to retire the vehicle.

Pierre Kaffer: “It was extremely difficult for me – my most difficult 24h-Race stint ever. It’s very cold and we just don’t get the tyres to working temperatures. It’s like racing on black ice, a ride on the razor’s edge. The car, however, works flawlessly. That’s not the problem. Now I’m crossing my fingers for Elia Erhart and his first Nordschleife laps in the wet,”

Marco Mapelli: “Yesterday we were too aggressive when it came to the tyre gamble and therefore had to start from a rather poor grid position. But today you can see that our car is really competitive. But it’s a long race and opting for the suiting tyres is always difficult.”

Marek Böckmann: “The start was chaotic. In the first half of lap one I could see virtually nothing due to all the spray caused by the GT3 cars. You never know what track condition you will face on the next lap. Two or three times I nearly lost it as I believed I could push a little more. Then you drive through puddle and come close to spinning. I think that currently everybody are trying to survive and not destroy the car. That’s the most extreme 24h Race ever.”

16:54hrs: Spins at the Brünnchen exit and slightly hits the crash barriers with the right side of the car?

Niklas Königauer, Walkenhorst Motorsport: “Due to the crash the car is losing fluid. We hope that it will be towed to a place where we will be able to pick it up. Actually, the crash shouldn’t have been so bad that we won’t be able to repair the car.”