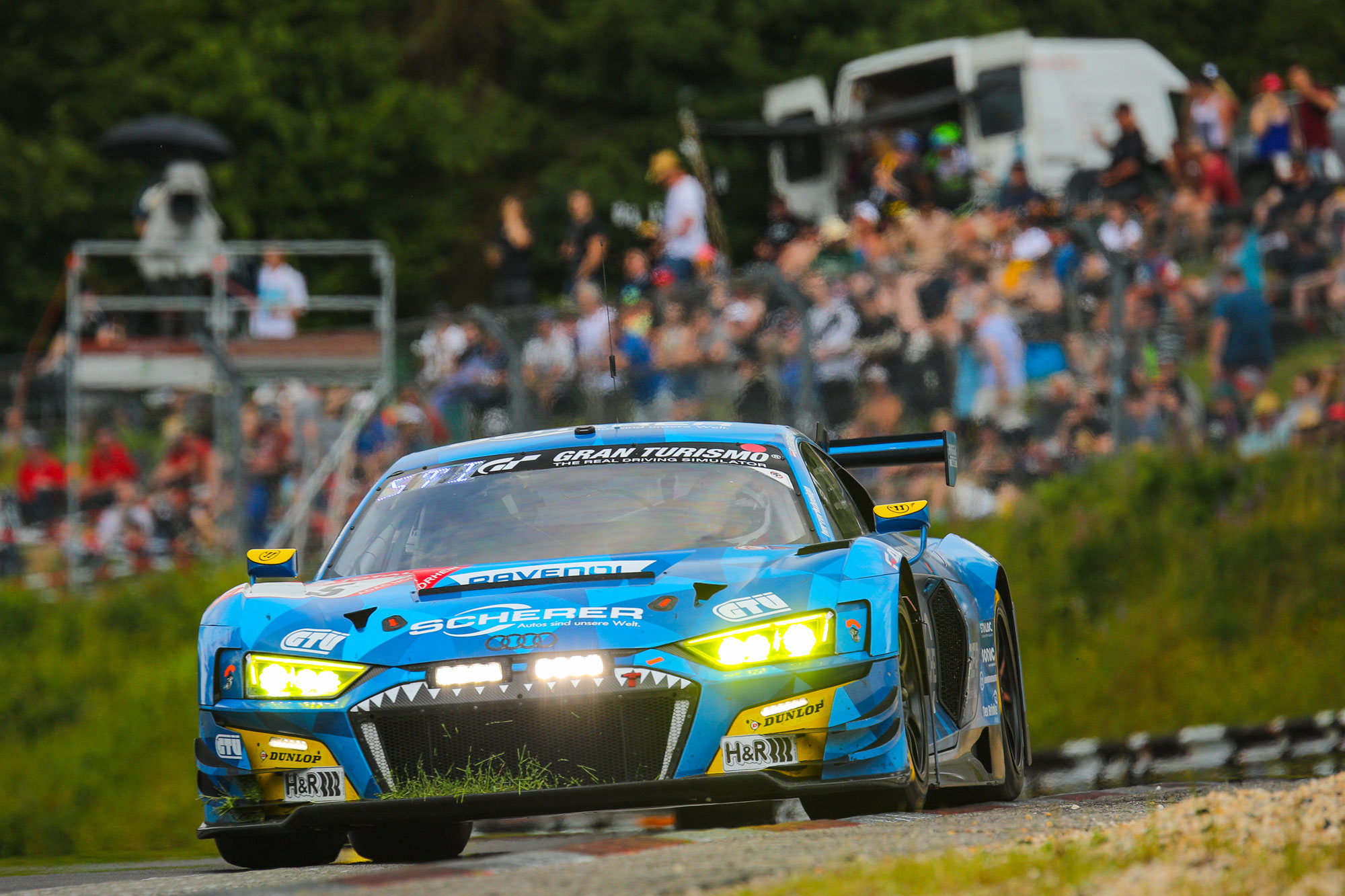 The ADAC TotalEnergies 24h Nürburgring is traditionally a festival for the fans – and at the 50th edition it will show itself from its best side: For the anniversary, the organisers at the ADAC Nordrhein are launching special highlights that will make a visit to the venue even more rewarding. There will be a reunion with unforgotten vehicles, with the winners of the past – and of course with the stars of today. Already on Wednesday (25 May), there will be the prologue of the weekend at the traditional Adenauer Racing Day, then it will be one after the other until the 24h-finish flag on Sunday. Autograph sessions and photo opportunities, an exhibition of 24h racing car legends, a pitwalk and, of course, the Falken Drift Show on Friday are just some of the highlights. The trip to the Ring is all the more worthwhile because BMW M is also celebrating an anniversary: The Munich-based company is celebrating the 50th birthday of its sports division at the 24h Nürburgring with, among other things, a top-class “BMW M Race of Legends” and a large exhibition in the ring°boulevard. So no motorsport fan should miss the weekend and secure their ticket: tickets are available in advance via the Nürburgring homepage (www.nuerburgring.de). All important information about the 24h Nürburgring can be found on the official homepage at www.24h-rennen.de.

Meeting the stars from 50 years of 24h Nürburgring

In 2022, the motor sport festival at the 24h Race will again start with an atmospheric prelude in the centre of Adenau: on Wednesday afternoon, a parade of current and former participant cars will move there, and interviews will take you back in time to the history of the classic race, which has been held since 1970. Thursday is all about motorsport with practice sessions and qualifying on the track. In the afternoon, the big 24h autograph session will attract visitors to the ring°boulevard. A huge programme also awaits the visitors on Friday, because then, among other things, there will be a fight for the starting positions in the qualifying of the FIA WTCR, and in the evening the 24h top qualifying will be the final event on the track. At the same time, the ADAC Nordrhein will organise a come together of the former 24h winners, where autograph and selfie hunters will also get their money’s worth. Then there will be a reunion with overall winners such as Karl Mauer (1979), Johnny Cecotto (1992), Johannes Scheid (1996 and 1997) or Laurens Vanthoor (2015) and Adam Christodoulou (2016), who can probably talk about their adventures on the Nordschleife like nobody else. After the top qualifying, the day ends with the traditional Falken Drift Show (Müllenbachschleife) and the Pitwalk. Finally, from Saturday onwards, everything will be focused on the track, as there will be plenty of sport before the 24h start (4 p.m.) – including the two rounds of the Touring Car World Cup (FIA WTCR) and the friendly battle of the BWM stars in the BMW M Race of Legends.

Historical exhibitions in the ring°boulevard

Anyone who has been to the 24h Nürburgring knows that in addition to the action on the track, there are countless attractions to discover around the Ring. One hotspot in the anniversary year is the ring°boulevard, where there is a strong historical accent in addition to the presence of the 24h partners. The exhibition of 24h legends will feature legendary models such as the BMW M3 “Eifelblitz” and Manthey-Porsche, the Mercedes-Benz 190 E 2.3-16V or Audi R8 LMS and LMS ultra. But there are also Autobianchi, Simca Rallye and even the legendary VW T4 bus in racing trim. The second historical “must see” is the extensive exhibition of BMW M on its 50th birthday. Here, too, there is an emotional look back at motorsport and tuning history.

Ravenol Ferris wheel and AMG fan base: The paddock is a hive of activity

There’s also a party atmosphere in the paddock: If you pass the participants of the Touring Car Legends in the historic paddock and stroll into the Grand Prix paddock, you’ll land right on the doorstep of the AMG fanbase. It offers highlights galore during the weekend. At the other end of the paddock, the Ravenol Ferris wheel stands as a landmark. The oil and lubricant experts are giving all visitors a free ride with a perfect Nordschleife and Eifel panorama for the 24h anniversary. There will also be much more on offer – from the DEKRA rollover simulator to culinary delights.

In order to be able to see all the attractions of the anniversary year, a stay of several days at the Ring is necessary – fortunately, after two years, the demand camping sites around the Nordschleife open up again for the 24h fans. For those who want to spend the race weekend in a tent, camper van or caravan, the procedure is quite simple: In addition to the valid ticket, there are fees for overnight stays, which are charged directly at the entrance to the respective camping area. During the week of the event, information boards will give details of the areas where places are still available. Details on the schedule, prices and conditions will be available on the Nürburgring and 24h websites in good time before the race. Visitors of all ages are welcome at the race. Children up to and including 12 years of age are admitted free of charge when accompanied by an adult with a valid ticket. Reduced-price tickets are available for 13- to 15-year-olds. Tickets (day tickets from 29 euros, weekend ticket 62 euros, event ticket Thursday to Sunday 69 euros) are available in the Nürburgring online shop at www.nuerburgring.de.