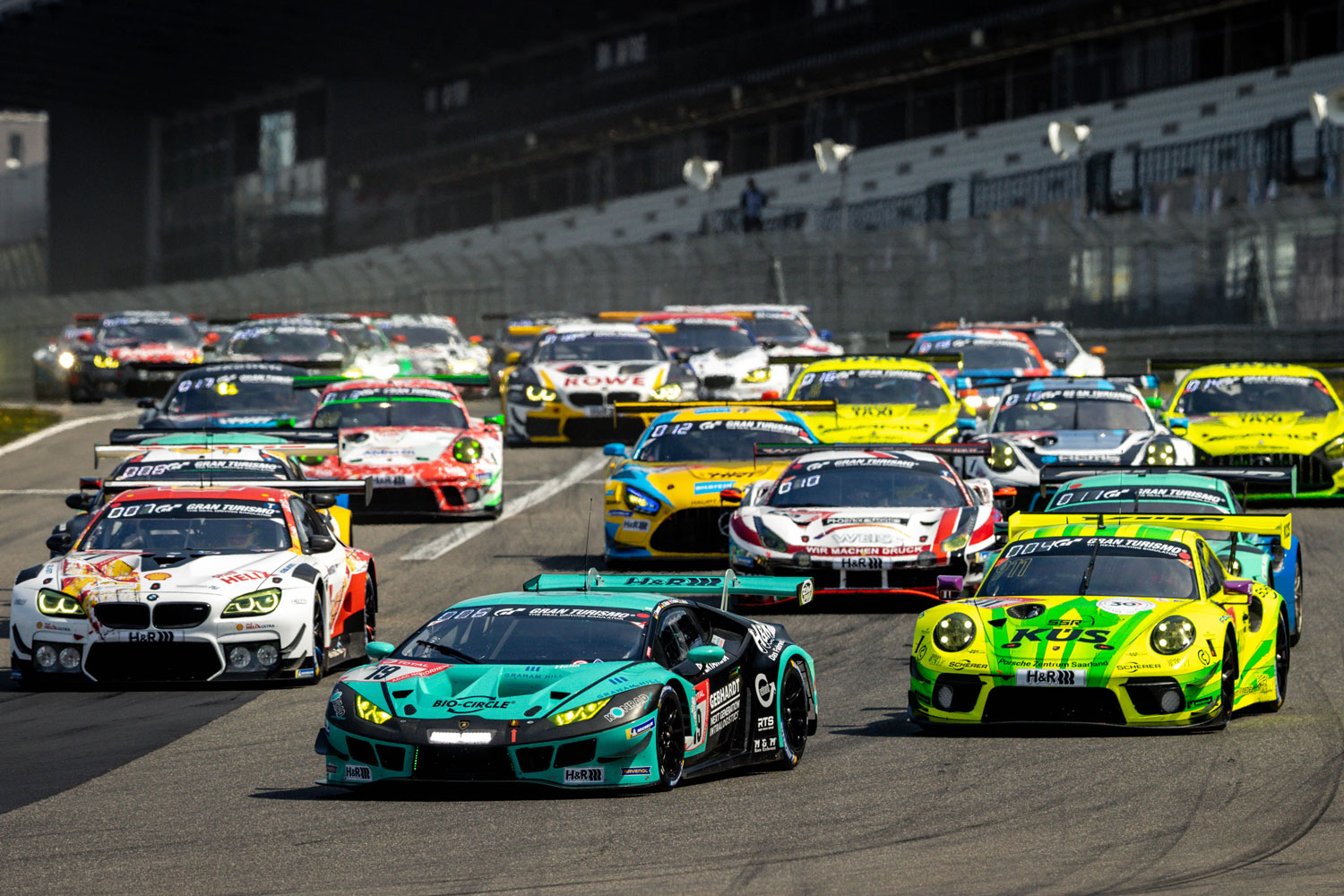 The countdown for the ADAC TotalEnergies 24h Nürburgring (26 – 29 May) is on: The teams and drivers have just under a month left to prepare for the big showdown on the Nürburgring-Nordschleife – and the days will be extremely busy. Because before the highlight of the motorsport year on the longest and most beautiful race track in the world, the ADAC 24h Nürburgring Qualifiers (6 – 8 May) are still a race weekend with an extensive programme on the calendar. The assembled squad of top teams and many semi-professional and amateur teams will use the three days to collect many more valuable Nordschleife kilometres. In addition to two three-hour races, the weekend offers plenty of track time in the qualifying sessions. A special feature are the two top qualifying sessions for the two races – on Sunday, all cars in the field are allowed to take part, regardless of their position in qualifying. For the spectators around the circuit, this is a perfect opportunity to check out the performance of each car in individual time trials. Around the Nordschleife, admission is traditionally free at all spectator points, only the use of the serviced car parks is subject to charge. Tickets for the paddock and grandstands at the Grand Prix circuit are available in advance from 10 Euros (day ticket Friday) via the Nürburgring homepage at www.nuerburgring.de or directly on site. All important information about the 24h Nürburgring can be found on the official homepage at www.24h-rennen.de.

The cards have been dealt for the dress rehearsal of the 24h Nürburgring: BMW comes to the ADAC 24h Nürburgring Qualifiers as the beaming winner and favourite after a veritable triumph at the second NLS round. The brand-new BMW M4 GT3s took a squeaky-clean one-two-three, with Augusto Farfus (BRA, Rowe Racing) and Max Hesse (Wernau, BMW Junior Team) putting up a breathtaking fight in the final kilometres, which the Brazilian eventually won by 0.582 seconds. Andy Soucek (ESP, Walkenhorst Motorsport) placed third. With Audi, Aston Martin, Ferrari, Porsche, Mercedes-AMG and the SCG sports car of Scuderia Glickenhaus, however, six other brands placed in the top-15. Not to be forgotten: With Manthey Racing, one of the top teams at NLS3 dropped out early, the fourth-placed Toksport-WRT Porsche 911 GT3 was within striking distance of the top, and due to scheduling conflicts, some top teams were not even at the start: So the last word has not yet been said when it comes to being the favourites. And anyone familiar with the 24h regulations knows that in previous years the Balance of Performance has always ensured optimum equality of opportunity at the top at the season’s climax at the latest: So the fans can look forward to a super exciting and extremely varied event at the ADAC 24h Nürburgring Qualifiers.

Two races, two top qualifying sessions: the 24h Qualifiers have it all

Even though the entry deadline for the 24h Prologue is still running, it is already apparent that practically no top team will miss out on the qualifiers. More than 30 vehicles alone will be competing in the GT3 class (SP9) and the class of special registrations (SP-X). In the latter, the new KTM X-Bow GT2 will also be racing, which drove into the middle of the GT3 armada with excellent lap times at the last NLS round: True Racing’s X-Bow shared the third row of the grid with the TF Sport Aston Martin Vantage GT3 after qualifying. It is quite possible that with the new generation of these sports cars a new competitor has appeared in the top group. The qualifiers, which offer plenty of driving time on the race track, will also provide information on this. The two two-hour qualifying sessions for races 1 and 2 will start at 12:15 on Friday, and the first top-30 qualifying for the first heat will take place at 18:00. On Saturday, there will be RCN and RCN-GLP races during the day as well as the warm-up for the first race in the evening (18:30 to 21:30). A tight programme on Sunday: After the warm-up, all participants will start the individual time trial at 9:15 a.m. – a novelty at the ADAC 24h Nürburgring Qualifiers.

The doors are wide open for visitors at the ADAC Nürburgring Qualifiers, the programme with two race heats and two top qualifying sessions offers plenty of action. Around the tradition-steeped Nordschleife, the visitor areas are open and admission is free of charge (only parking fees apply). Tickets for the grandstands of the Grand Prix circuit and the paddock are available from 10 Euros (day ticket Friday), the weekend ticket costs 35 Euros. If you buy the ticket, you can also use it to stroll through the pit lane on the two pitwalks. They are scheduled for Friday (19:30 to 21:00) and Saturday (22:00 to 23:00) in an evening race preparation atmosphere. Tickets are available in advance via the Nürburgring homepage (www.nuerburgring.de) or at the open box offices.

*: Children up to 12 years of age have free admission to the event. Adolescents up to 15 years of age and severely disabled persons (at least 50 percent GdB) receive reduced admission.