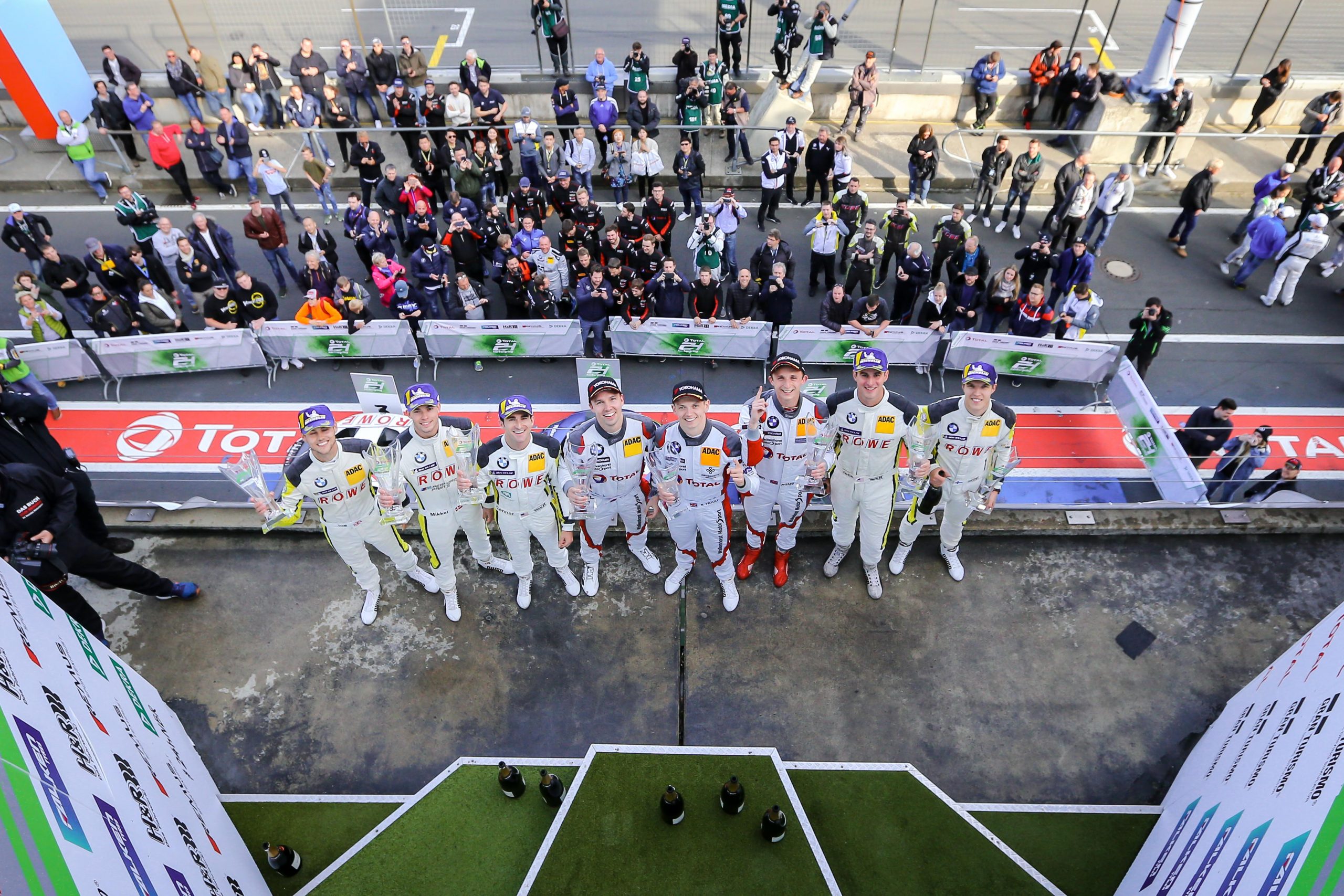 Presentation ceremony: “Back to the roots”
In this year’s 24-Race qualifying race, the top three had to cope with a new course of the presentation-ceremony action. The new format was used as test for the presentation ceremony of the 24h Race in June. And the new approach means that the organisers return to a well-proven ceremony. In the recent past, the ceremony was held at different places but now it returns to the permanent podium at the beginning of the pit lane. After having finished the race, the top three roll into the Parc Fermé that is placed – like in nearly every race at the Nürburgring – right under the podium. Afterwards, the drivers of the top-three teams will use a ‘gangway’ that was provided by the Düsseldorf airport and that will be erected next to the podium to make it straight to the presentation ceremony. “Isn’t it far nicer for the crowds to watch the drivers walking up to the podium on a big stairway than having to wait until they appear from around a corner?” says Race Director Walter Hornung. Furthermore, the organisers hope that the new format will result in a less complicated and smoother sequence of events, after the race.
Tire App makes the work easier for teams and organisers
In the 24h Qualifying race and the 24h Race, the teams had / have to reveal the used tyre specs. This year’s 24h Race offers them the possibility to use for the first time not only the well-known tyre lists on paper but also a digital App. Teams racing in the classes SP-9, SP9-LG, SPX and SP-PRO even are obliged to use the App. The background behind the new technology: both the recording and the control is made far easier: which tyres does a team still have available, which have already been used and has the team complied with the regulations when it comes to dealing with the tyres? Particularly for teams that contest the race with several cars, the new App is massively labour-saving, as they just have to press a button to find out what tyres are still available instead of having to flick through numerous sheets of paper.