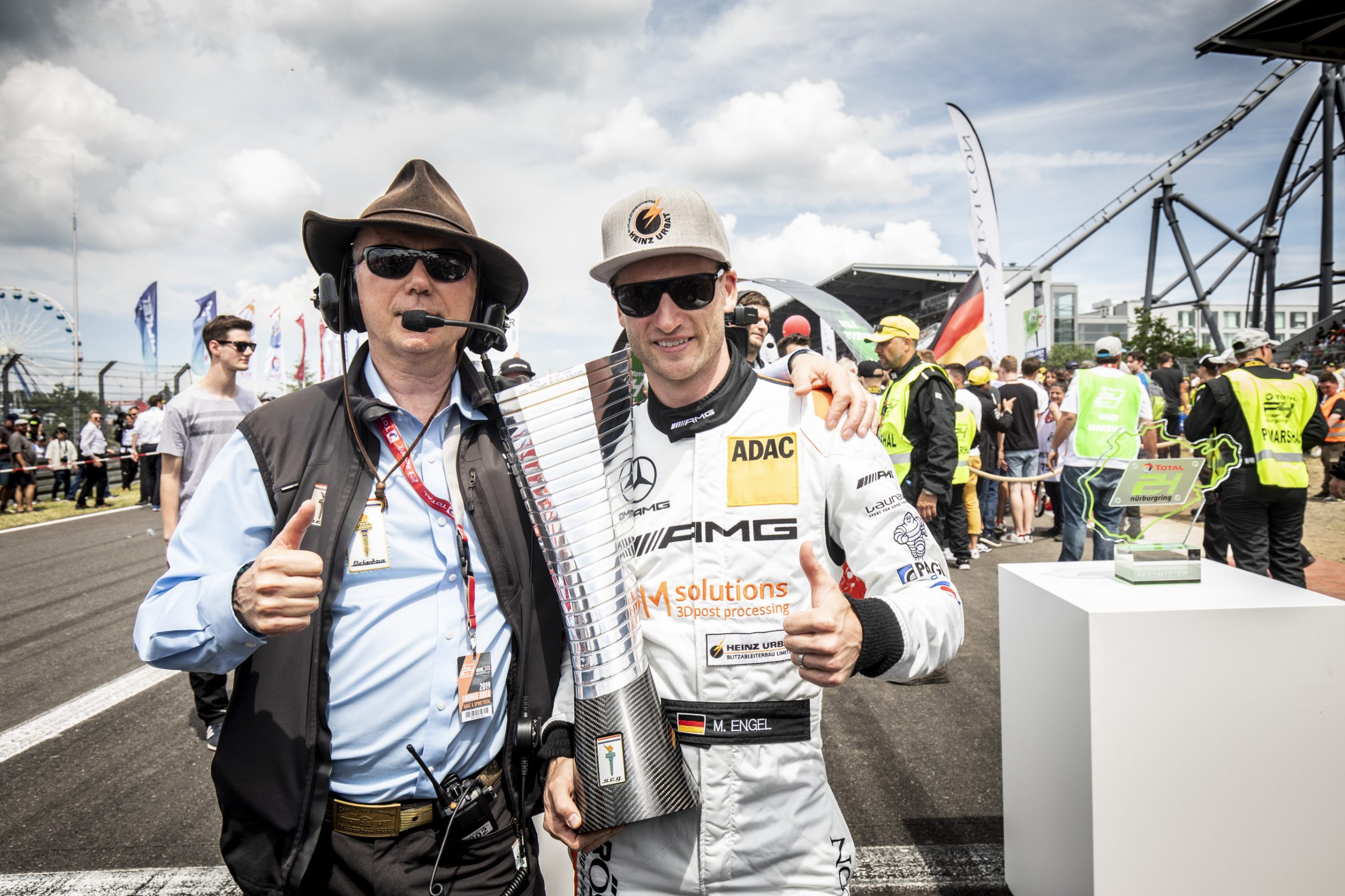 Since 2016, the Glickenhaus-Trophy – instituted by James Glickenhaus – has been the reward for the driver who secures the pole position on the grid for the legendary race twice around the clock. “I wanted to create something that represents a reward for all the hard work every competitor already invested in the qualifying,” explains the New Yorker. “Every winner will be perpetuated on the trophy with the time set by him and so, the trophy becomes a kind of a living history book telling a part of this outstanding racetrack’s history. And as the trophy is so big, this can be continued even a long time after I passed away. At the end of the day it’s like the America’s Cup – but for petrol heads. It goes without saying that I’m proud of the fact that one of my drivers succeeded in securing the trophy. I think that the race action we are witnessing here represents the absolute pinnacle of what GT3 cars are able to deliver and being a part of this history makes me really happy.”
Maro Engel repeated the success he achieved in 2016 and secured the trophy for the second time:
“It’s absolute mega to win this trophy,” he beamed. “I want to thank James Glickenhaus for having instituted this award. The idea of awarding the pole sitter this extra trophy is just great. It really means a lot to me and having won it for the second time makes me incredibly proud. Let’s hope that it is – like in 2016 – a good omen and that we once again will have made it to the top step, on Sunday after the race.”