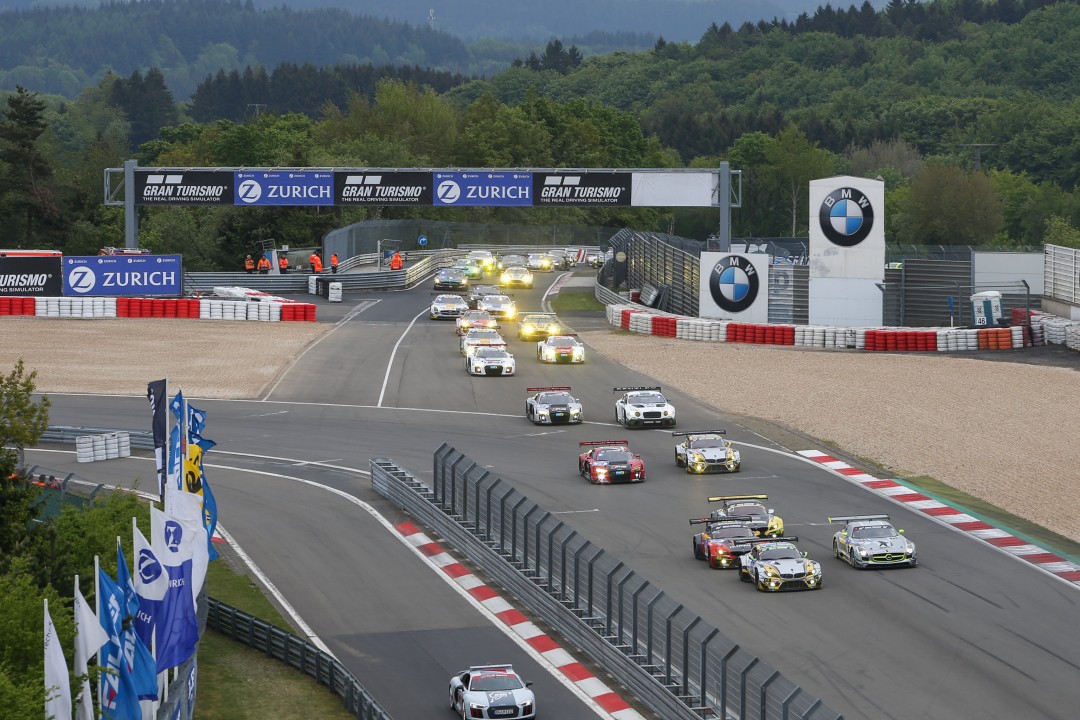 6 – Adam / Stanaway / Lauda / Mücke (Aston Martin Vantage GT3)
16:27hrs
Matthias Lauda: “So far, everything went fine. We just lost a few positions in the opening stages and now we have to focus on finding our rhythm.”

20 – Baumann / Hürtgen / Klingmann / Tomczyk (BMW Z4 GT3)
16:09hrs
Leader after lap one.
16:11hrs
Crossed the line in 8:31.227 min.
16:13hr
Wehrseife area: on his second lap, Martin Tomczyk already laps the first car.
16:30hr
Claudia Hürtgen: “Martin drove a great first lap and had no problems whatsoever when it came to getting through the traffic. We started into the race in good style  – and now we will have to wait and see how things will develop.”

22 – Engel / Seyffarth / van der Zande / Jäger (Mercedes-Benz SLS AMG GT3)
16:30hrs
Pits with damaged right front tyre.
16:31hrs
Mechanics are working on the car – suspension problems. The incident resulting in the damage occurred on the way to the Hohnrain chicane.
16:34hrs
The Problem has been solved. After three minutes, the car rejoins the race.
16:51hrs
Renger van der Zande: Of course, it’s always bad to have a puncture as early as on lap two. But we will keep on fighting. Things like this can happen to the others, too. Therefore, the race is far from being over, for us.

BMW the leaders after the first hour